Priority bills of the Texas Legislature move forward, but more work to be done 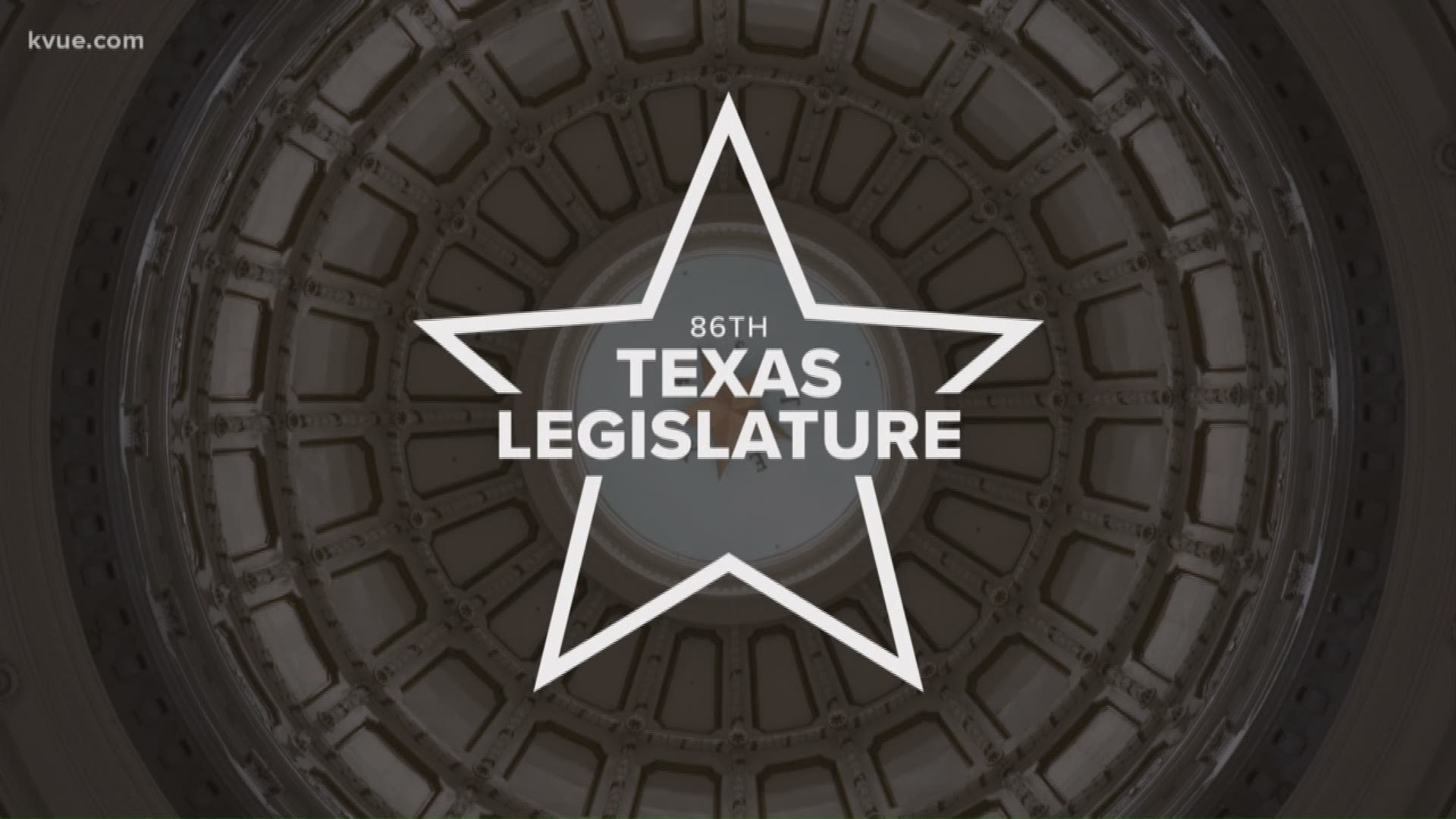 AUSTIN, Texas — Texas lawmakers have been clear about their priorities this session. In the Senate, it's property tax reform in the form of Senate Bill 2 (SB 2). In the House, it's school finance reform in House Bill 3 (HB 3). And this week both bills have made significant progress, but they still have a long way to go, with just 26 days left in the 86th Legislative Session.

Because of action by the House, you can no longer talk about SB 2 without mentioning HB 3. The House took the third vote to approve its version of SB 2 Wednesday, but the lawmakers married the bill together, so if HB 3 doesn't pass, SB 2 won't go into effect. And that's not the only change they made to the bill.

The Senate version of the bill reduces the rollback rate to 3.5 percent for cities and counties, 2.5 percent for schools and excludes the cost of indigent defense for counties.

The rollback rate is how much taxing entities can increase property taxes without the possibility of an election. If lawmakers want more money, voters have to approve it.

The House version of SB 2 also reduces the rate to 3.5 percent for cities and counties, but drops it to 2 percent for schools and leaves hospital and community college districts at the current rollback rate of 8 percent.

Because there are differences in the approved versions of the bills, each chamber will appoint members to work out the differences and take a revised bill back to their chambers for a simple yes or no vote.

As for HB 3, the Senate Committee on Education met and reluctantly voted out its version of HB 3 Wednesday. The vote comes ahead of schedule. Senators on the committee didn't even get a copy of it until after 7 p.m. Tuesday night. And there are some holes, literal blanks, in the bill.

So why the rush? The Senate version needs a major funding source, hence the blanks, but only the House can initiate approving that source. And the last day for the House to vote on House Bills and Joint Resolutions is next Thursday. So the full Senate is expected to vote on HB 3 this Friday.

And what is that funding source? There is a resolution in the House to move forward with Gov. Greg Abbott's idea to buy down property tax bills by increasing the state sales tax by 1 cent. Even if it passes the legislature, it still needs voter approval.

While time is limited, lawmakers say they believe there is enough time left to get both bills passed.