The temporary restraining order is just one of several lawsuits challenging federal officers in Portland. 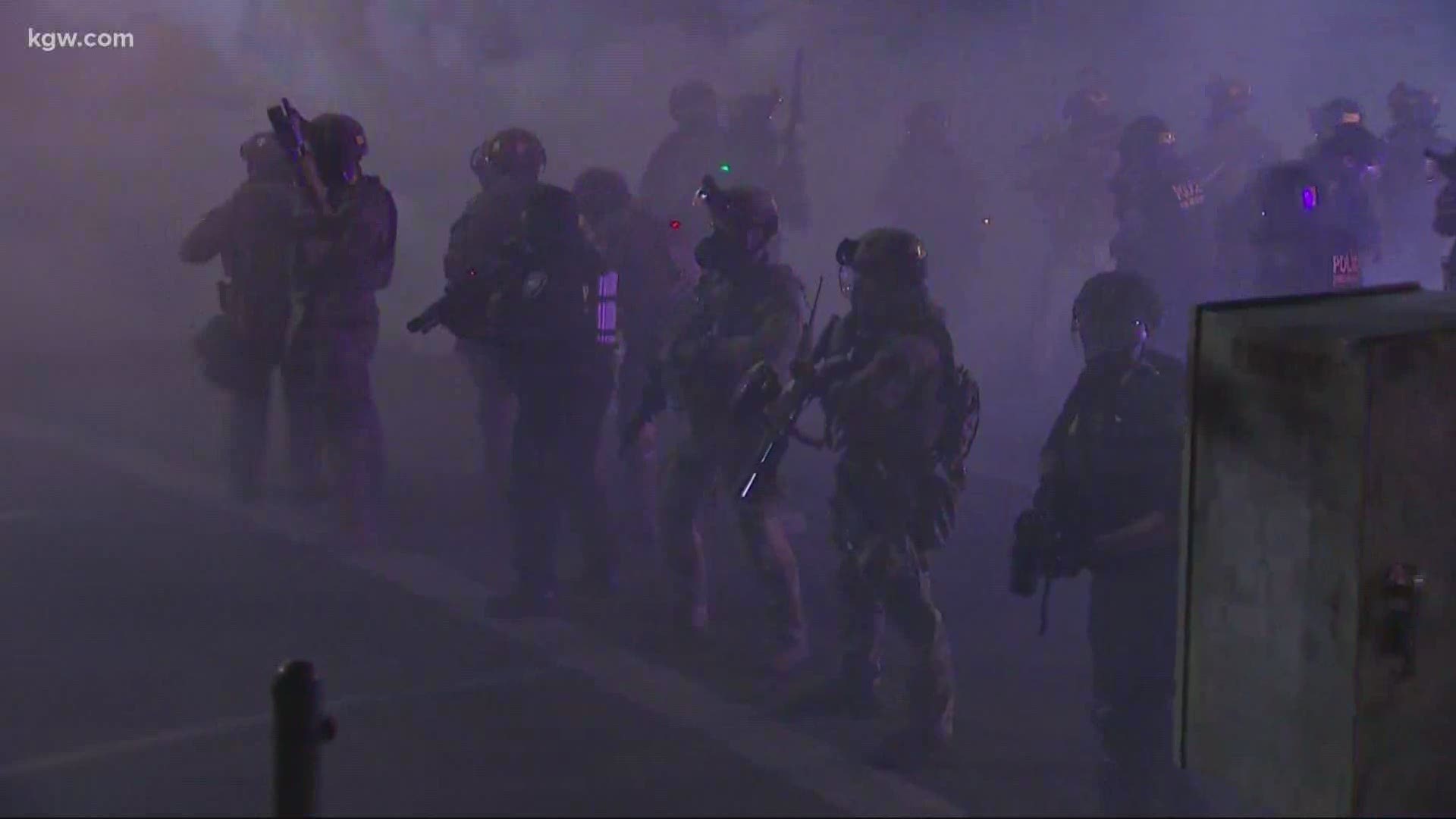 PORTLAND, Ore. — A federal judge Thursday granted a temporary restraining order prohibiting federal officers from arresting journalists or legal observers during protests in Portland, unless a crime has been committed.

The lawsuit was filed by the American Civil Liberties Union (ACLU) of Oregon on behalf of local journalists and legal observers.

To help facilitate the temporary restraining order, Simon asked journalists to have visual ID as a member of the press, such as a shirt that says "PRESS," and legal observers wear a "Legal Observer" hat or vest, which is commonly worn by the National Lawyers’ Guild or ACLU.

"This order is a victory for the rule of law," said Jann Carson, interim executive director of the ACLU of Oregon. "Federal agents from Trump’s Departments of Homeland Security and Justice are terrorizing the community, threatening lives and relentlessly attacking journalists and legal observers documenting protests. These are the actions of a tyrant, and they have no place anywhere in America."

The temporary restraining order is just one of several lawsuits challenging federal officers in Portland. The ACLU of Oregon filed a separate suit against the Department of Homeland Security, U.S. Marshals Service and the City of Portland, seeking protection for street medics. That case is pending.

Oregon Attorney General Ellen Rosenblum is seeking a temporary restraining order placing greater restrictions on federal law enforcement in Portland. That case was heard Wednesday, and a decision could be coming soon, according to KGW’s Kyle Iboshi.

The attorney general’s lawsuit is based on allegations of a Portland man who said unidentified federal officers arrested him without probable cause during a protest.

RELATED: US Attorney for Oregon calls for investigation after reports of federal agents in unmarked vans hauling away protesters

Prior to Wednesday’s hearing, lawyers for the Department of Justice filed court documents explaining there are currently 114 federal law enforcement officers in Portland from multiple agencies.

Since their arrival earlier this month, 28 officers have been injured defending federal buildings, including broken bones, eye and hearing damage and a dislocated shoulder, according to court records.

Local, state and congressional leaders argue the feds have only escalated the situation with their aggressive tactics, including tear gas and batons.

"These examples of a secret police operating in a brutal manner against peaceful protesters is in every conceivable way unacceptable in our country," said Oregon Democratic Sen. Jeff Merkley.

On Wednesday night, Mayor Ted Wheeler was still in the crowd of protesters when federal officers deployed tear gas outside the federal courthouse in downtown Portland.

"This is an egregious overreaction on the part of the federal officers. There was nothing that I saw anybody do that warranted this reaction. As you can see, all it's done is piss everybody off," Wheeler told a reporter from the New York Times.