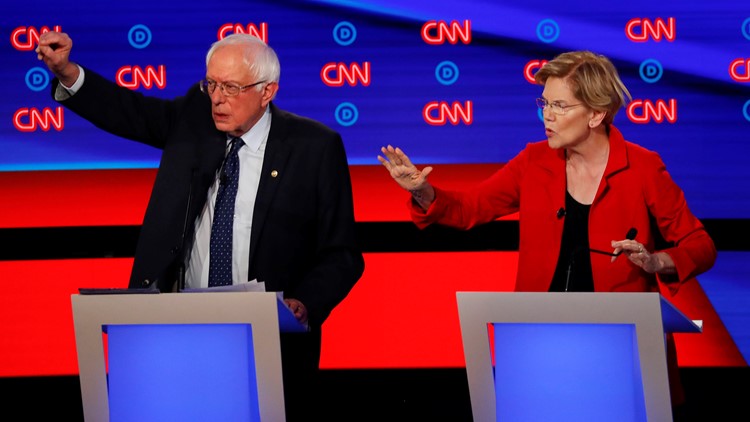 WASHINGTON — Bernie Sanders and Cardi B released a video Thursday showing a sit down interview between the two at a nail salon.

The 77-year-old Vermont senator met up with the 26-year-old performing artist in Michigan to talk about several issues as he makes his bid for the 2020 presidential election.

Between shelves of nail polish and pedicure chairs, the two talked about "getting rid of Donald Trump," police brutality and the economy.

"Obviously we need to end all forms of racism in this country," Sanders said. "From Donald Trump down to the local police department."

Teen Vogue reported back in April Cardi B had voiced her support for Sanders, but had not yet decided who she was voting for in the primaries.

Watch the full video below, or mobile users can click here.

Cardi B has long had an interest in politics, and previously supported Sanders in the last election.

The video ended with a bid for young voters to participate in elections.

"Please, let's put our focus on this term's elections, because I don't think people understand how serious it is," Cardi B said.

"Young people have got to get involved in the political process," Sanders echoed. "Register to vote, it takes five minutes."