Political experts in Texas believe that convicting the former president could prove to be very difficult. 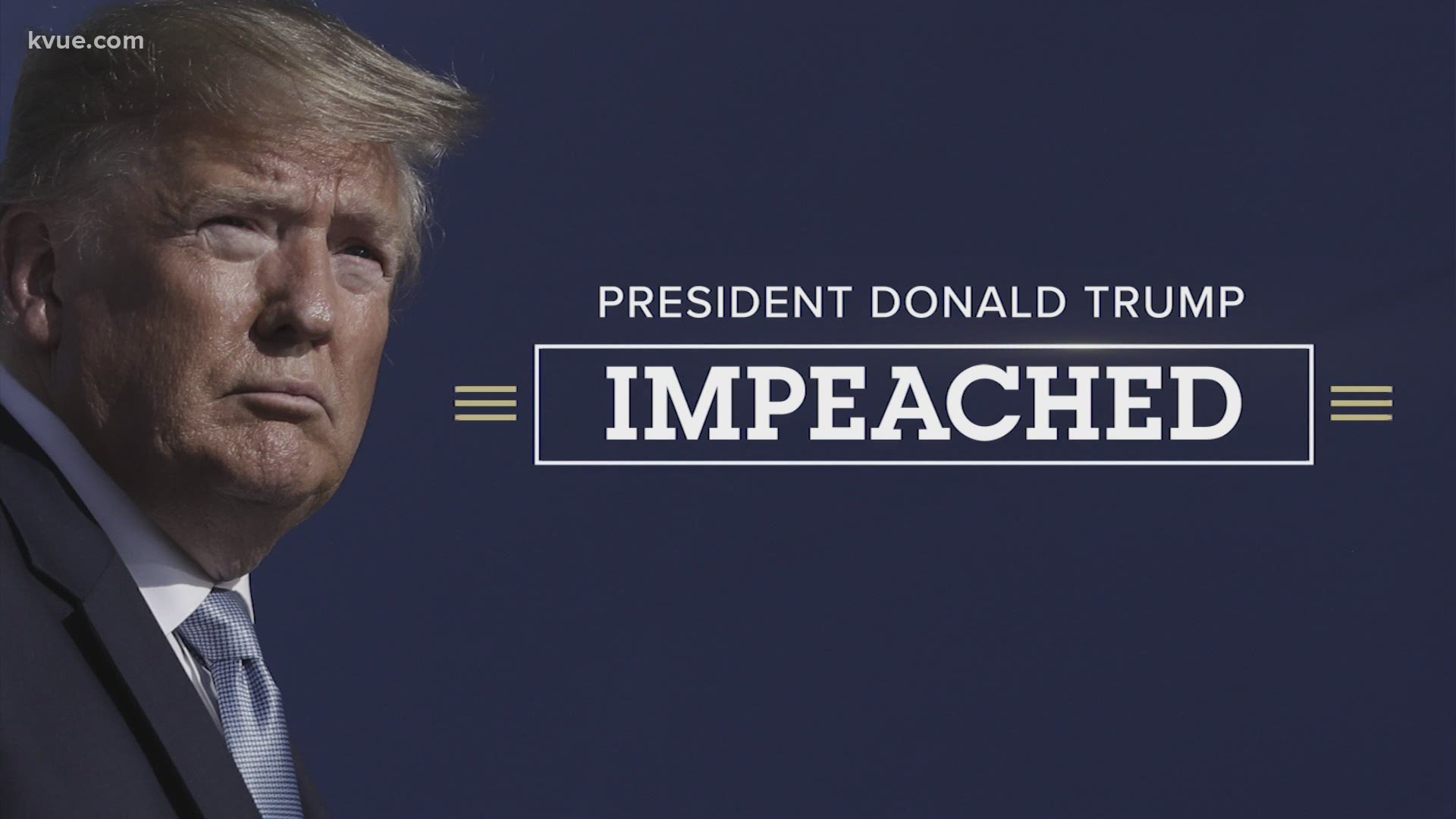 AUSTIN, Texas — A historic impeachment trial will start on Tuesday where the U.S. Senate will eventually decide whether or not to convict former President Donald Trump of "incitement of insurrection."

The trial comes more than a month after the former president's supporters stormed the U.S. Capitol on Jan. 6 – a riot where five people died.

As it's been weeks since Trump's presidency ended, some Republicans are questioning if it's constitutional to put a former president on trial in the Senate. Some Democrats say they're trying to hold the former president accountable and set a precedent.

If Trump is convicted this time around by the Senate, there a few things that could happen. But political experts in Texas believe that convicting the former president could prove to be very difficult.

What happens if Trump is convicted by the Senate?

Convicting Trump would lay the groundwork for the Senate to ban him from holding office in the future.

Also, as a former president, Trump gets benefits like the protection of the Secret Service and a pension. Congress could also take future action to take some of those benefits away – but only if Trump is convicted by the Senate following this upcoming trial.

Credit: TEGNA
If former President Trump is convicted by the Senate, Congress could move to take action on taking away his secret service protection, or his pension.

"And with that, 17 Republicans would have to vote for conviction. That's not going to happen," Thomason said. "The Republicans are in really a tough spot because if they vote to convict, they risk losing their seat. If they vote not to convict, they increase the risk that the party will lose the independent and moderate voters."

He added that he believes the trial could last for about a week.

"I think it just comes down to the question that the Senate is faced with – is the responsibility that the president had in the attempted coup on the Capitol on Jan. 6," Thomason said.

Meanwhile, Brandon Rottinghaus, a professor of political science at the University of Houston, said he believes the trial could last less than a week.

"Given the trajectory of the evidence and given the amount of articles against him, the likelihood is that it's going to be a handful of days but certainly less than a week," Rottinghaus said.

He agreed with Thomason that getting the necessary number of Republican senators to vote for conviction could prove to be a tall task.

"Presidents have a super role in their party, and Donald Trump has got a maximum-size role. So, the fact that so many members owe their seats to him or worry that if they don't sidle up to Trump then they're not going to be able to get a turnout they need or it might be the party turns on them, makes a lot of members nervous. So, many of them are not willing to risk their seats for an impeachment vote," he said.

Rottinghaus added that Democrats are also in an interesting situation.

"I think for Democrats, it makes it look like it's a little bit of sour grapes. It makes it look like they're trying to chase ghosts. They do have a point about how the president is engaged in these activities that are totally unique and are to some degree really a dramatic example of how presidents can incite this kind of violence. But they are also at risk of appearing to be like, just, 'We're punishing the president while he's out of office,'" Rottinghaus said.

Overall, James Henson with the Texas Politics Project at the University of Texas at Austin, said this trial is important, regardless of when Trump's presidency concluded.

"It's hard to separate this from Donald Trump and the partisan politics of the day, but this is really fundamentally about protecting, you know, democracy in the country and thinking about, you know – and everybody, you know, deciding for themselves what the bounds of that process are and what the, what the bounds of civil behavior are," Henson said.