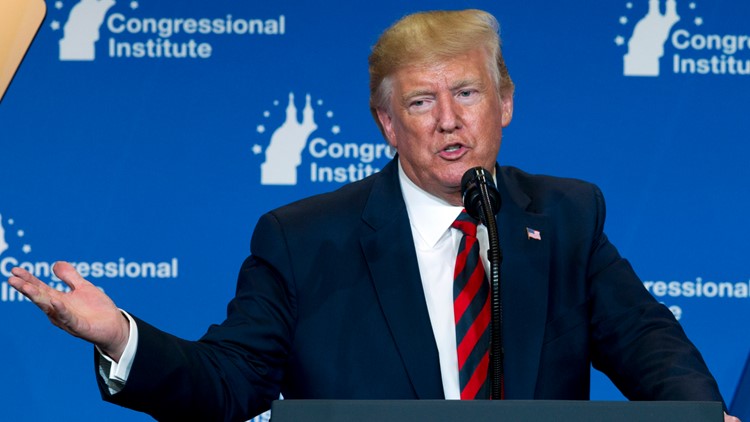 "People said what's with the light bulb? I said here’s the story, and I looked at it: The bulb that we're being forced to use — No. 1, to me, most importantly, the light's no good. I always look orange," NBC News reports President Trump said during a speech at a retreat dinner for Republican members of the U.S. House of Representatives.

According to CNN, the president described energy-efficient bulbs as much more expensive than "that old, incandescent bulb that worked very well."

This isn't the first time light bulbs have been used as an example by the president, who has pushed for energy and environmental deregulation.

As 10News reported earlier this month, the Trump administration scrapped a rule that would have phased out less energy-efficient incandescent bulbs. That decision slows a years-long push by Congress and past administrations to switch Americans to LED bulbs and other lighting using less electricity.