As many as 200 people, including Boston Medical Center employees, protested the visit

Amid protests by some of the hospital's staff, first lady Melania Trump visited the Boston Medical Center Wednesday, to learn about a program that uses cuddling to help infants born dependent on drugs or alcohol.

Trump visited the center Wednesday morning to learn the Cuddling Assists in Lowering Maternal and Infant Stress program, or CALM, for babies suffering from neonatal abstinence syndrome, a condition caused when a baby withdraws from drugs he or she was exposed to while in the womb.

She told caregivers and administrators she's "very focused" on their pioneering work with babies born with neonatal abstinence syndrome.

"I hope today's visit helps shine a light on programs like yours," Mrs. Trump said, joined by Alex Azar, secretary of health and human services.

Outside, as many as 200 people, including hospital employees, protested the visit, saying the Trump administration is hurting the kinds of people they treat every day, like immigrants.

Cecilia Girard, a 26-year employee who currently works as a nurse-midwife, said Mrs. Trump represented the same administration that has taken a harsh approach to immigration, including caging some immigrants who have tried to cross into the U.S. via the southern border.

"This is not a person that we want to come to our home, our hospital," Girard said.

Other workers who joined the protest wore white hospital jackets with the slogan, "We really do care, do you?" on the backs. Some carried signs that read, "BMC cares for all patients."

The first lady’s visit was part of her Be Best initiative, which focuses on children’s well-being, online safety and treating opioid abuse.

After being briefed on the programs, Mrs. Trump toured the hospital's pediatric unit and met with children who have been successfully treated, the White House said.

Massachusetts' own first lady, Lauren Baker, attended a roundtable with Trump, along with BMC Health System CEO Kate Walsh and BMC pediatrics Chief Bob Vinci, along with others. 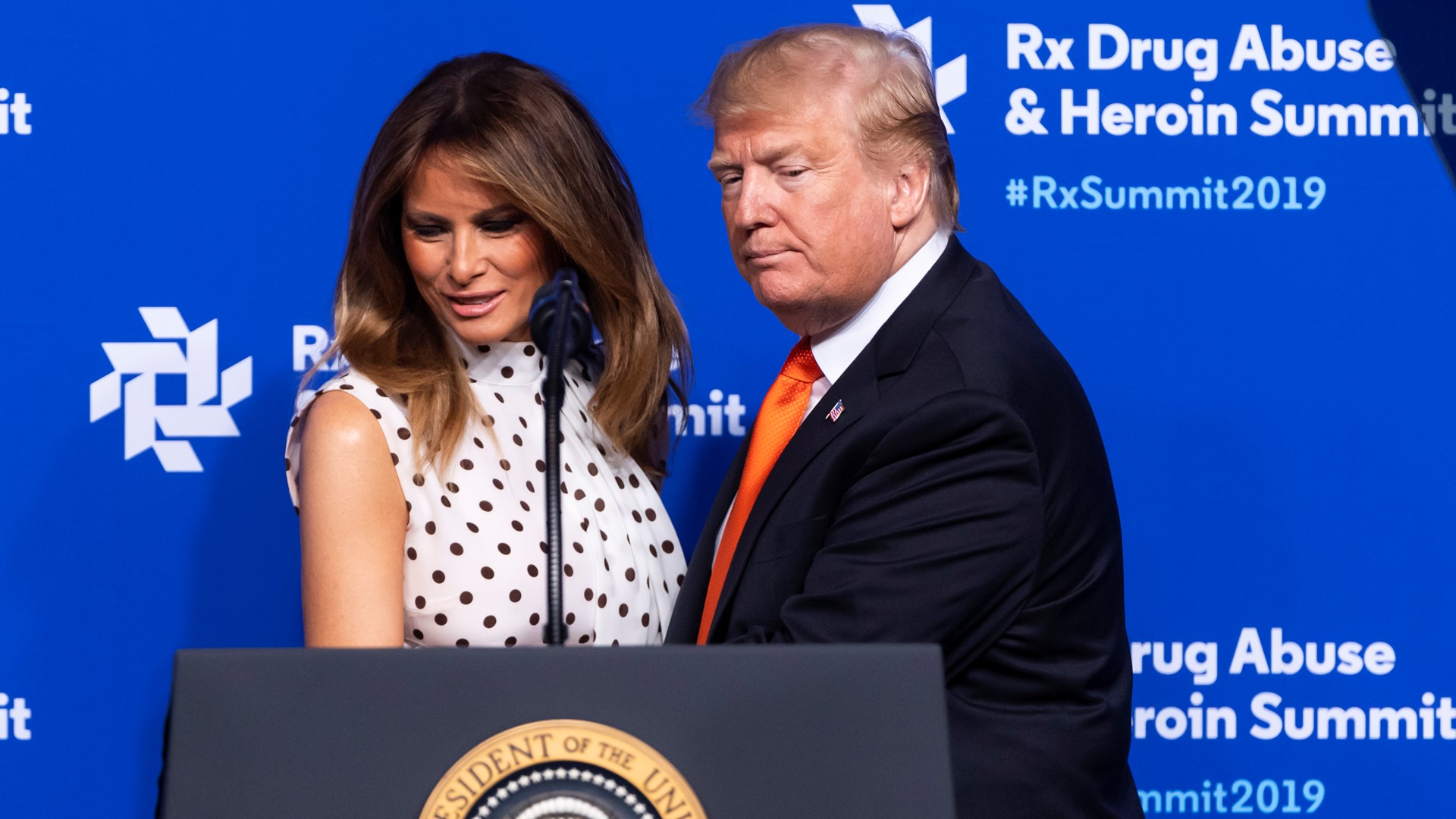