Mayor responds to spike in 311 calls at fourth homeless forum

City leaders say violent crime and property crime are down. Meanwhile, 311 reports a 460% increase in calls about the homeless. 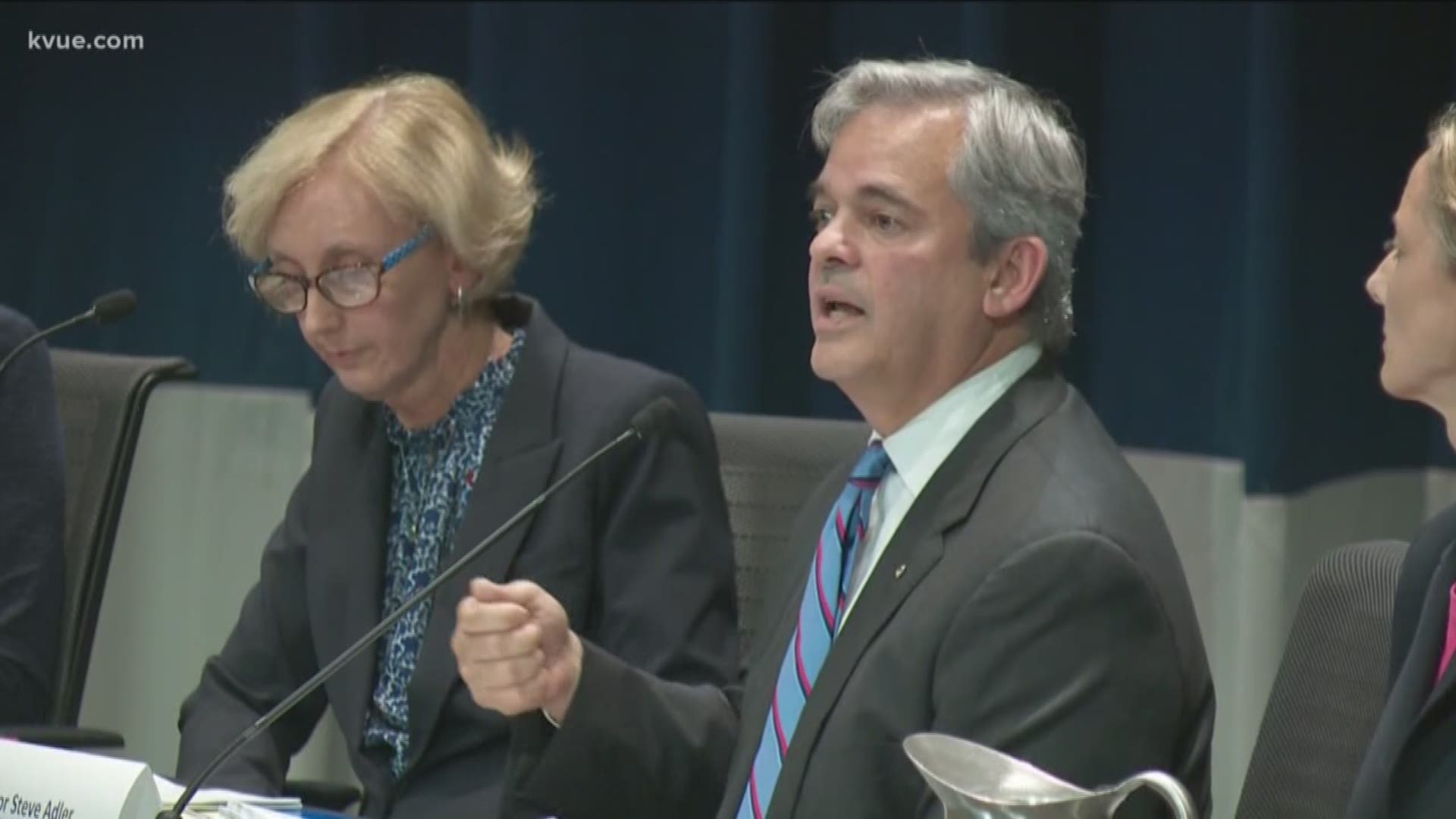 AUSTIN, Texas — Tuesday night's forum had plenty of people and plenty of shouting.

Hundreds showed up to the fourth forum addressing the homeless population in Austin.

"This is an issue that a lot of people are really passionate about," said Mayor Steve Adler. "It was a really good conversation, and I think a lot of people in the room were able to hear things maybe that they haven’t heard before on all sides of this, and I think it was a very constructive evening."

One person, who stood up and began shouting, was removed by police.

"Tonight's meeting had a bit more rowdiness than some of the other forums, but probably about 10 people in a room of about 300 people," said Adler when asked about the outbursts at the meeting. "I was really encouraged by the support and the applause that I think in this room tonight was expressing pretty significant majority support for the action that the city council is taking."

One topic that consistently comes up at the forums is public safety.

Adler said, "The council has been insistent that our police department continue to be very vigilant."

He said this includes arresting and ticketing people creating public safety risks or public health hazards, creating a disturbance, assaulting others or blocking or impeding.

Austin 311, the city's non-emergency number, reports there's been an uptick in calls about the homeless from June 20 to Aug. 29 of this year compared to the same time frame in 2018.

"Our police chief tells us there's no data indicating there's greater violent crime, no data to indicate there is greater property crime," said Adler, in response to KVUE's questions about the 311 data. "What we do have perhaps in the population of folks that are experiencing homelessness being more visible, and I think that that has resulted in more calls to 311. But remember that we're not seeing something that was newly created. This is something that's been in our city to an increasing degree for the last couple of years."

Some people have expressed frustration about the lack of action taken by council since the ordinances initially were changed earlier this summer. Council said people can expect to see action taken at the September budget and council meetings.