Mayor Adler endorsed and introduced the South Bend mayor at his campaign launch on Sunday. 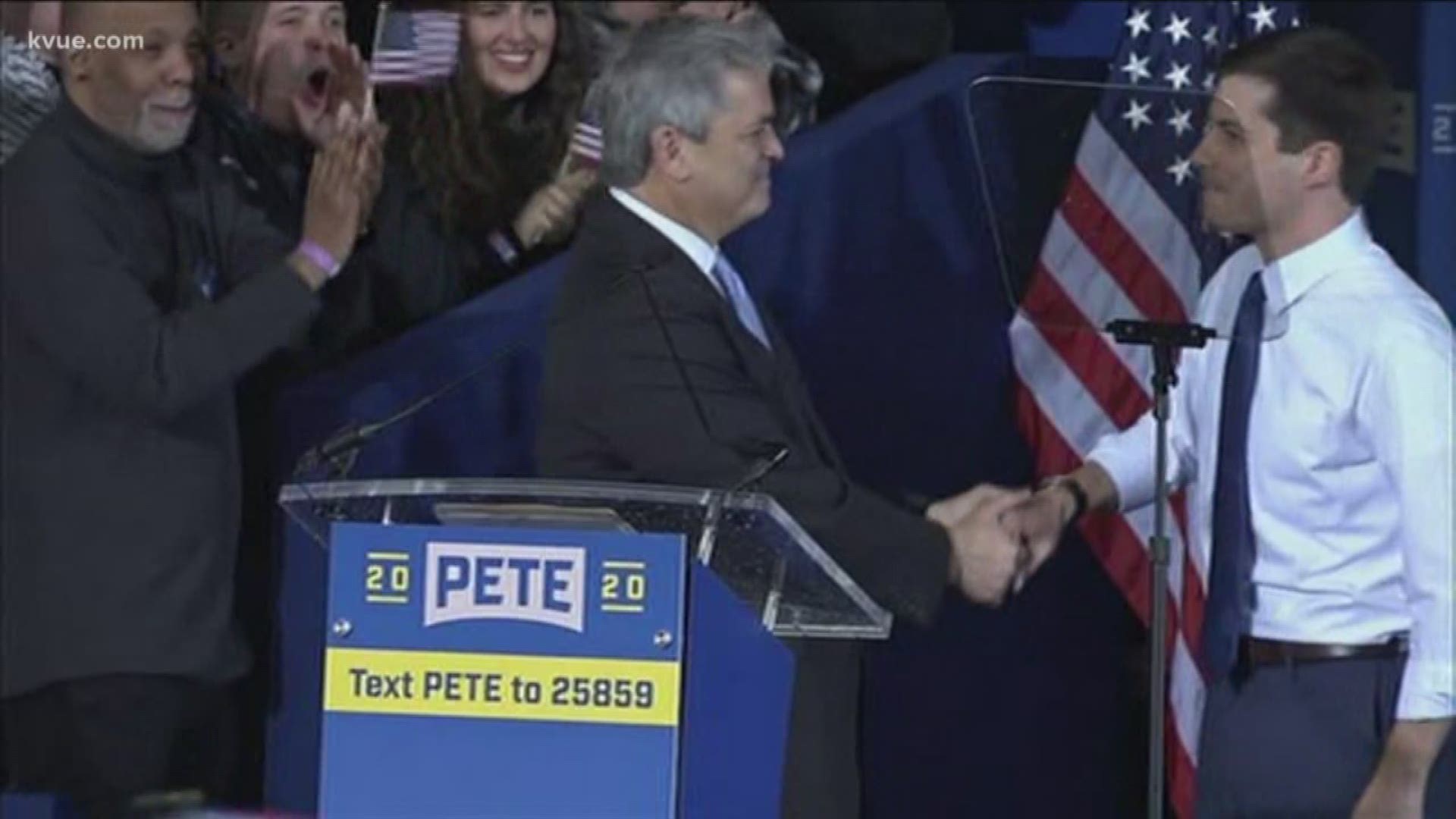 Austin Mayor Steve Adler has given his endorsement to South Bend, Indiana mayor and Democratic hopeful Pete Buttigieg, who officially announced his campaign for president on Sunday.

RELATED: Who is Pete Buttigieg?

Mayor Adler is at the event in South Bend to introduce Mayor Buttigieg as he makes his Democratic run for president official.

The 37-year-old Rhodes Scholar and Afghanistan war veteran has surged from a little-known local politician to a high-profile contender in the 2020 race. He grew up in South Bend and is in his second term as mayor.

RELATED: Pete Buttigieg to VP Pence: Marriage to husband 'has moved me closer to God'

Back in January, he announced a presidential exploratory committee – the first step toward an official candidacy.

Buttigieg is planning to return this week in early-voting Iowa and New Hampshire, but now as a full-fledged candidate who’s being taken more seriously.

Hundreds evacuated in Frankfurt so WWII bomb can be defused