The bill now moves on to the U.S. Senate. 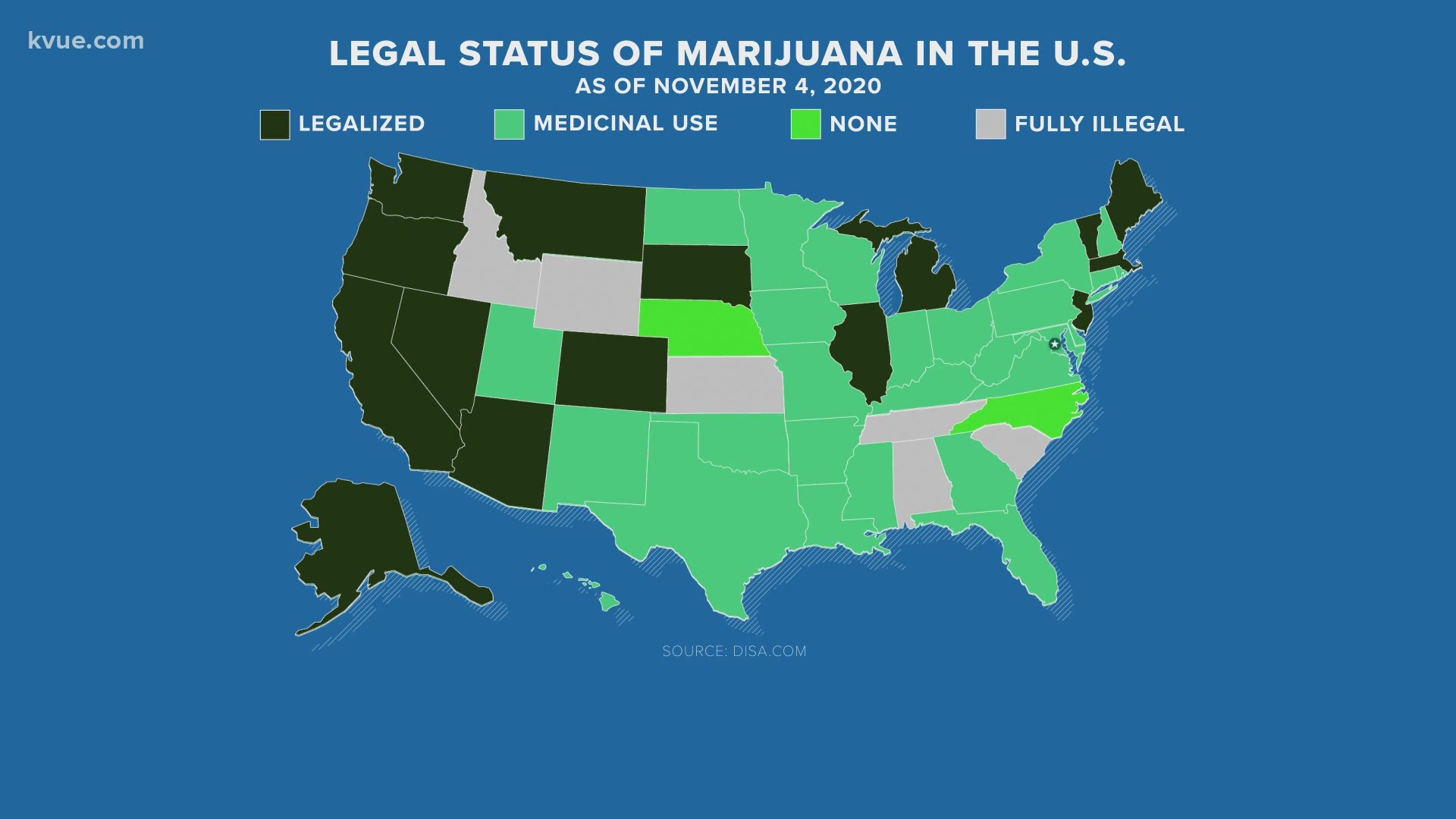 AUSTIN, Texas — The U.S. House of Representatives voted and approved a bill on Friday to decriminalize and tax marijuana at the federal level.

It passed 228-164 and now moves on to the U.S. Senate, which currently has a Republican majority.

Marijuana law reform groups will admit that it's a tall task to get the bill through the Senate, but still see Friday's vote as a step in the right direction.

"It gets people on the record. And it is an extremely important and timely piece of legislation across the country. Many states still waste taxpayer funds on arresting and prosecuting people for possession of a plant here in Texas alone," said Jax Finkel, the executive director of the Texas Chapter for the National Organization for the Reform of Marijuana Laws (Texas NORML).

Finkel added that she believes this is a symbolic win for marijuana law reform advocates.

"It's a step forward," Finkel told KVUE. "You mentioned that the Senate is going to be a hard job and we definitely have our work set out for us there and hopefully we can make it through. But ultimately, a step forward is always important and it leaves us with a new goal to reach for next time around."

Heather Fazio, the Director of the Texans for Responsible Marijuana Policy, told KVUE this vote is exciting for advocates.

"Democrats and Republicans alike have maintained marijuana prohibition for decades. And now we've seen through the U.S. House of Representatives marijuana prohibition on its way out," Fazio said. "Of course, it will be difficult in the Senate, but we are going to work with our senators to make sure they understand the merits of moving forward. "

Fazio added that she believes the existence of federal marijuana prohibition could have a trickle-down effect to the local level.

"Removing marijuana from the Controlled Substances Act will free up the opportunity for Texas, for cities like Austin and law enforcement to move forward with a more sensible approach once we repeal that federal layer of prohibition," Fazio said.

Among the votes against the bill in the U.S. House, was from Congressman Henry Cuellar, whose 28th district represents cities like Laredo, Mission, Rio Grande City and San Antonio.

“I voted against the MORE Act because of public health and public safety concerns. Legalizing marijuana for adults has the potential to lead to more teens and preteens using. The American Academy of Pediatrics as well as the Texas Medical Association opposes the legalization of marijuana. Specifically, the AAP opposes it due to its harmful effects to adolescent health and development. I agree with both the AAP and TMA that we need to further study the use of this drug to better understand the impact and define best policies.

“In addition, I have spoken to law enforcement officers throughout my district and they are opposed to this bill. A nation-wide decriminalization presents an additional problem to law enforcement officers who are tasked with keeping our families safe. They have great concern about protecting the southern border from organized criminal organizations who transport illegal drugs into the country. Decriminalizing marijuana will increase the demand in the United States, and therefore, increasing the illegal transportation of the drug.

“At this time, we should let the states decide whether or not to decriminalize marijuana until we have evidence on its effects on public health and safety.”

Travis County Republican Party Communications Director Andy Hogue told KVUE that there should be other bills prioritized over this one, like bills that help businesses struggling with the impacts of the COVID-19 pandemic.

"Thousands of businesses are suffering right now due to COVID-19 restrictions. We really need relief for our business community right now before we consider something else to favor one section of the economy," Hogue said. "This would be a much-welcomed bill in some ways, although I think it should be a state by state decision. But the priorities here are just all out of whack."

In July, the Austin Police Department announced that they would end most arrests and ticketing for personal marijuana possession.

A memo from Chief Brian Manley stated that APD will no longer cite or arrest individuals with sufficient identification for Class A or Class B misdemeanor possession of marijuana offenses, "unless there is an immediate threat to a person’s safety or doing so is part of the investigation of a high priority, felony-level narcotics case or the investigation of a violent felony."

Dave Chappelle returning to Austin for 10-show residency at Stubb's

How COVID-19 is impacting how long it takes for you to get new home appliances, repairs