The event on Saturday marked the 58th anniversary of the March on Washington. 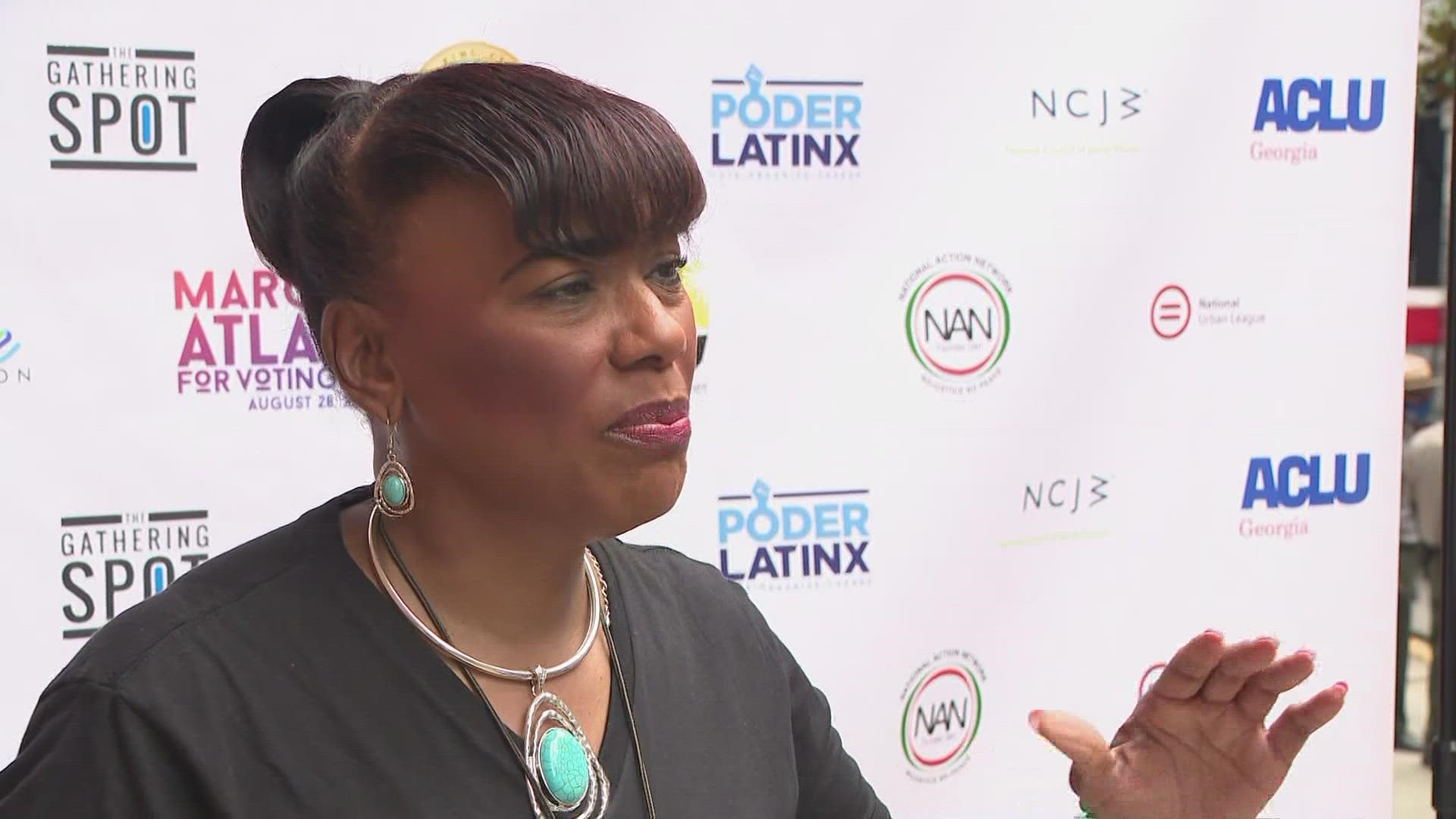 ATLANTA — UPDATE: Dr. Bernice King has finished her remarks. You can watch them again in full in the video player above this story.

A major rally set for Saturday is shifting some of its plans in an effort to mitigate COVID risks to the best extent possible.

It will also feature Ludacris, whose performance will cap the march.

RELATED: Atlanta March on for Voting Rights to 'Rollout' Ludacris as headline performer

That concert was originally slated to take place at Centennial Olympic Park, but organizers of the march now say it will be held on Auburn Ave. along with the rally itself. The march will also follow a route now condensed to the Sweet Auburn area.

According to guidance sent out by organizers on Friday, the rally will happen at 9 a.m. in front of the King Center and Ebenezer Baptist Church on Auburn Ave. Congresswoman Williams and interfaith leaders will be among the speakers.

Those interested in attending can enter the area at the intersection of Auburn Ave. and Jackson St.

That will be followed by the march at 10 a.m., which will begin down Auburn Ave. to Courtland St. about a half-mile away, before doubling back to Ebenezer and the King Center for the music program at 11 a.m.

"The effort is part of a nationwide mass mobilization to demand Congress stop voter suppression and pass the For the People Act and the John Lewis Voting Rights Restoration Act, which will ensure free, fair access to the ballot for every voter," a release said. "In addition to Atlanta, marches will also take place in Houston, Miami, Phoenix, Washington, D.C., and in more than 40 other cities around the country on August 28."