Representatives have not disclosed details about the event. 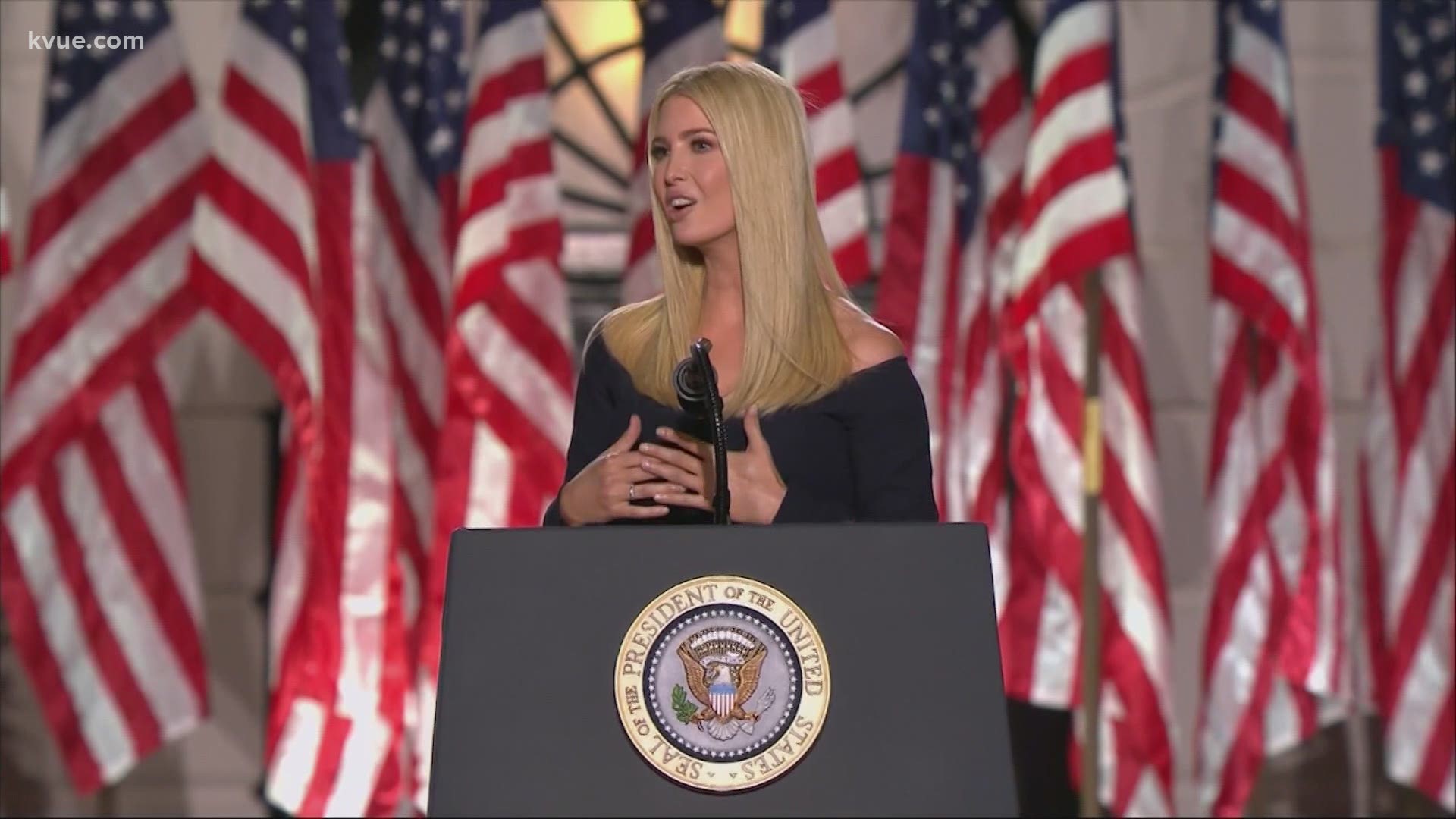 AUSTIN, Texas — Ivanka Trump will be in the Austin area for a fundraising event for her father, President Donald Trump, on Wednesday, KVUE has confirmed.

However, representatives remained tight-lipped on the details, saying only that the fundraising event is closed to the press.

According to TrumpVictory.com, an event map for the Trump campaign, a handful of other events are also scheduled Wednesday in the Austin area:

Trump Victory supporters gather this Wednesday to watch "The Right View," Women for Trump’s weekly Wednesday broadcast. They will also host a phonebank during the event.