Inside Texas Politics: The House voted to decriminalize marijuana last week. Can it pass the Senate? 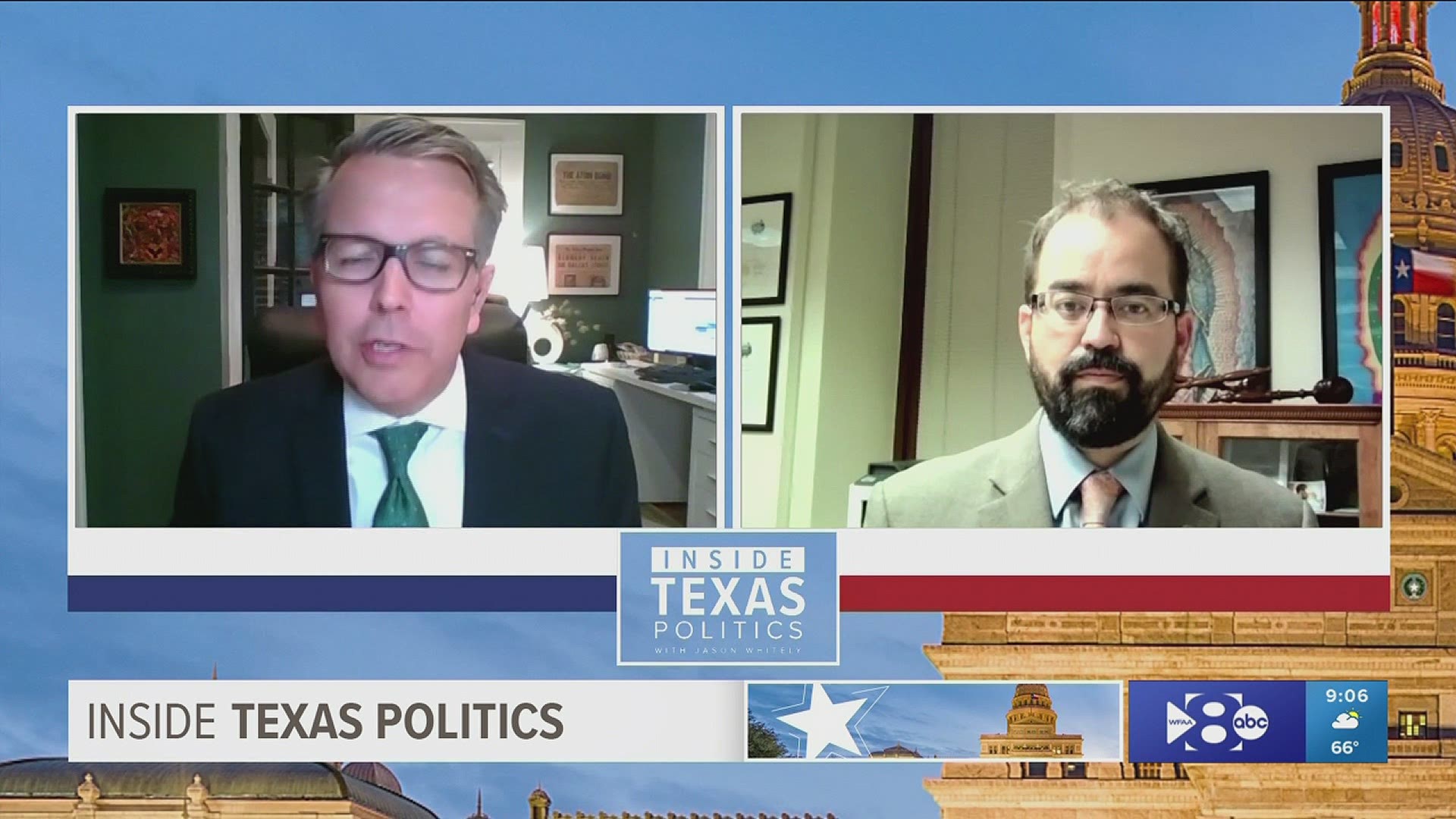 AUSTIN, Texas — As the final four weeks of the regular legislative session get underway in Austin, the big question is what lawmakers will and won't accomplish.

Rep. Joe Moody, who currently serves as House Speaker Pro Tempore, said a package of bills aimed at criminal justice reform are moving forward. That includes one lowering penalties for marijuana possession that passed the House this week.

"Six years ago we couldn't even get a hearing on a bill like that," Moody said.

House Bill 441 lowers the criminal penalty for possessing 1 ounce or less of marijuana and provides a path for those charged with such a crime to have it expunged.

Now the bill heads to the Senate, where two years ago it was opposed by Lt. Gov. Dan Patrick.

RELATED: Here's what major bill won't pass the Texas Legislature in the final month of the session

Watch this week's episode of Inside Texas Politics below:

How will Biden pay for his newly unveiled plan?

President Joe Biden unveiled his American Families Plan during his address to Congress on Wednesday.

The plan would include providing two years of Pre-K and free community college education.

But some Republicans, including Rep. Beth Van Duyne, R-Irving, wonder how we'll pay for the plan, which would cost an estimated $1.8 trillion.

"It's a plan that we have no idea how we're going to pay, but it sounds good on paper," said Van Duyne.

She called the proposal another example of expansive federal government control over the lives of Americans.

Electric vehicle charging stations could increase five-fold in the US

Biden also discussed electric vehicles and public charging stations in his address this past week.

"Many of them have said by 2035 we could have 100% of the vehicles on the road being electric," said McCarthy. "So it's an exciting shift."