Back from a victory lap in Washington, what did Texas Democrats accomplish?

“I think that we can't get too far ahead of ourselves, we take the victories where we can,” state Rep. Trey Martinez Fischer said on Inside Texas Politics. 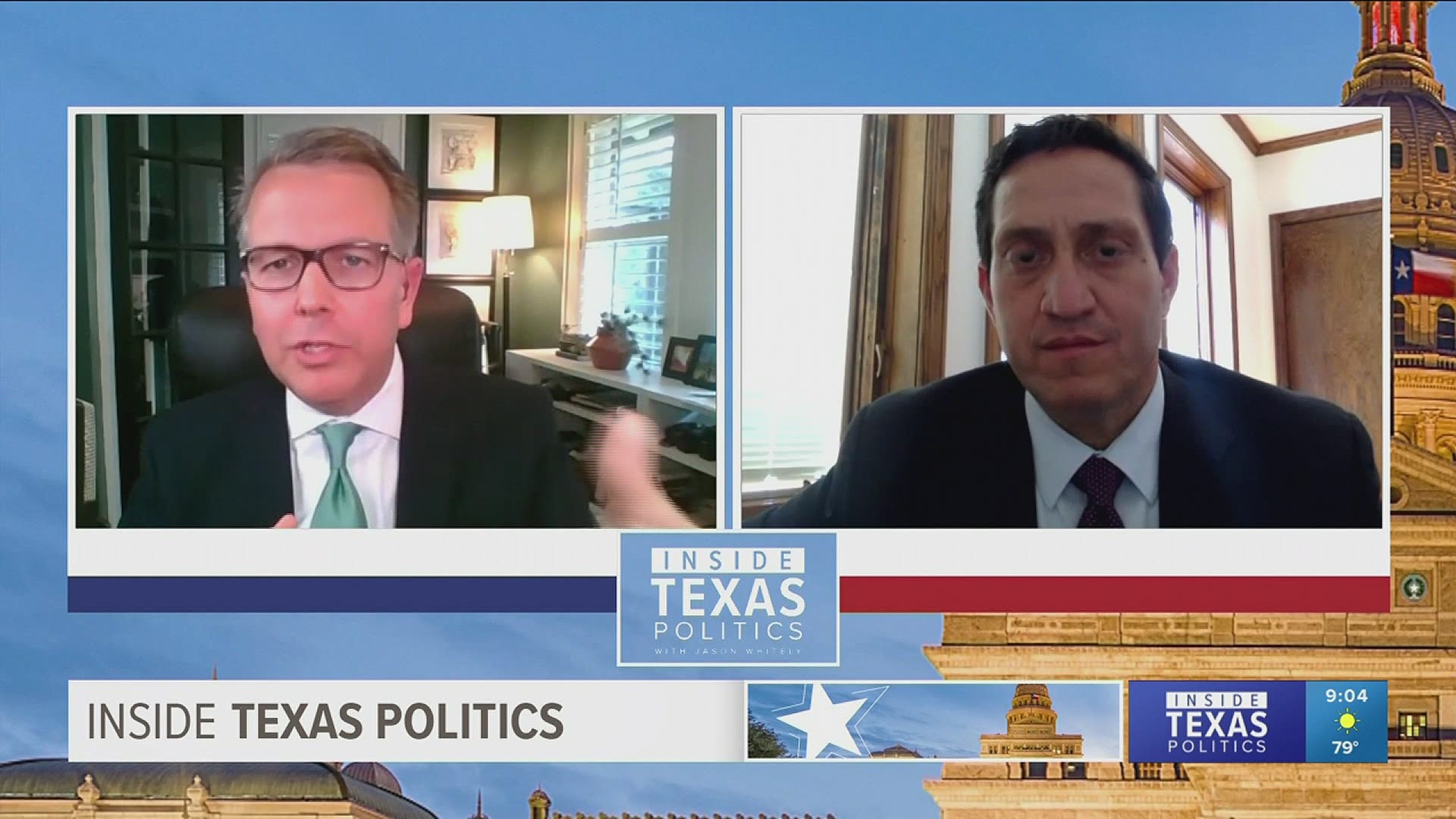 DALLAS — Back from a victory lap in Washington, D.C. with face-to-face meetings with Vice President Kamala Harris, Speaker Nancy Pelosi and others, Texas Democrats are re-energized in their effort to stop changes to voting laws in this state, but it is uncertain what the trip accomplished.

“We come home having done our part to persuade and to thank and support our United States senators that really have a tough decision to make on adopting S1, which is the For the People Act, and to get a timeline on the John Lewis Act,” state Rep. Trey Martinez Fischer, D-San Antonio, said on Sunday’s Inside Texas Politics.

He is one of the Texas Democrats who walked out of the Texas House of Representatives three weeks ago to shut down a Republican bill that would have changed voting laws in Texas.

That act of defiance also got Rep. Martinez Fischer and other Texas Democrats face-to-face meetings with Harris at the White House and Pelosi at the Capitol. The Texas lawmakers were hoping federal lawmakers can address voting rights on a broader scale with the For the People Act.

That piece of legislation in Congress would expand voting rights, change campaign finance laws, and limit partisan gerrymandering, among other things, on a federal level. The U.S. House passed it and the Senate could consider it this week after U.S. Sen Joe Manchin, D-West Virginia, said he would finally support it with changes.

“I will say I think it's a significant momentum for Sen. Manchin to say that he would now support S1 with his recommended changes, even without Republican support,” Rep. Martinez Fischer added.

He met with Manchin’s staff last week in Washington. 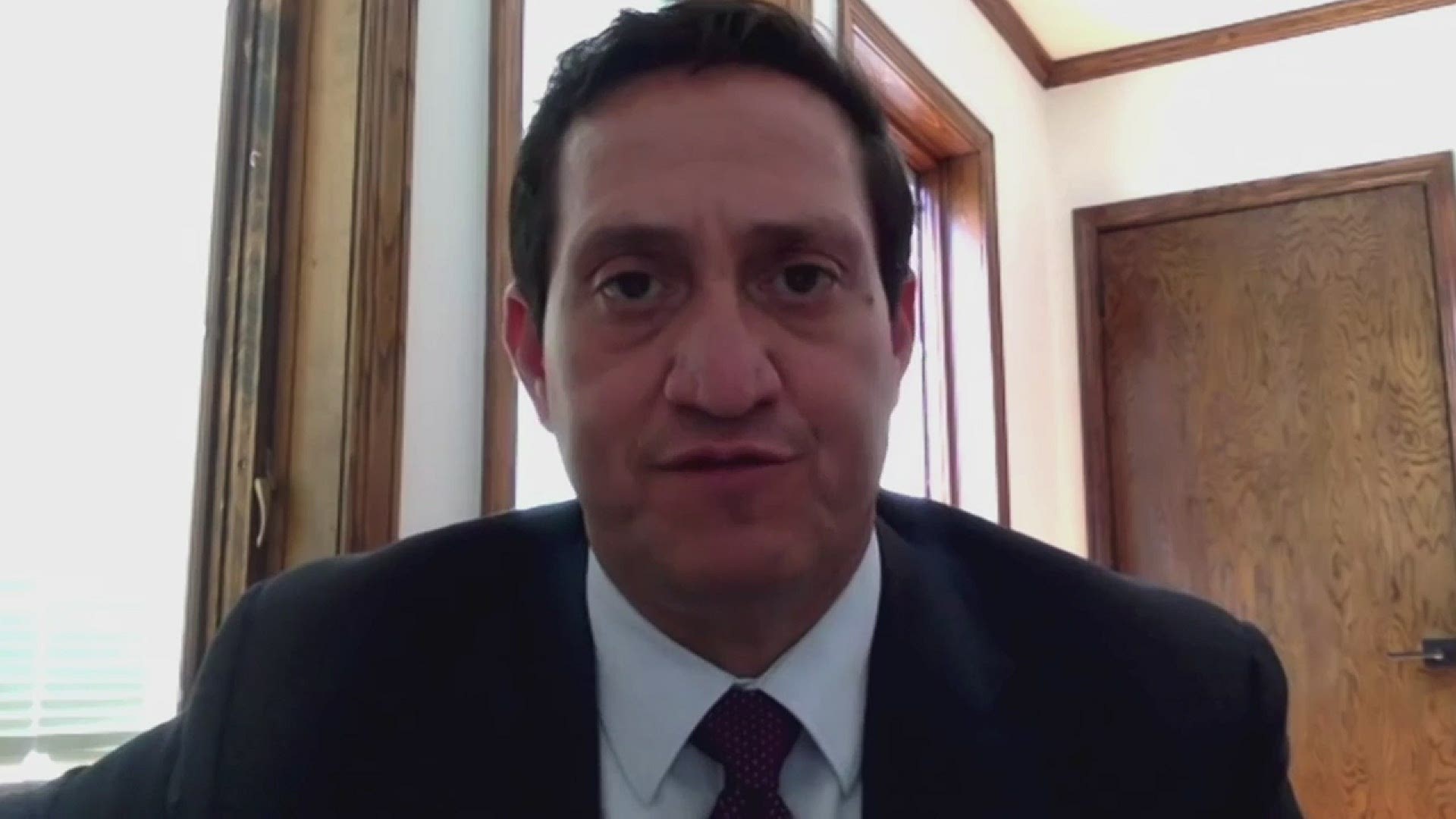 “He's talking about making elections a national holiday. He's talking about having pretty much no excuse absentee voting, 15 days of early voting, not just voter ID but multiple alternatives for people to vote with the utility bill, for instance," he explained. "And really one thing that I found fascinating, he also has a provision that says, if you run for President of the United States, you have to disclose your income taxes."

But Senate Republicans have vowed to filibuster the bill, and Democrats do not have enough votes to break that move, leaving its fate uncertain.

“I think it's sort of one piece at a time, one step at a time,” Martinez Fischer said. “I think that we can't get too far ahead of ourselves, we take the victories where we can, but we all have to be working towards something."

When it comes to the potential for a filibuster, the state representative is hopeful that there will be movement there on the Democratic side as well.

"It does not make any meaningful sense to me that all of this is happening, only to be stonewalled by a filibuster. I think that even Senator Robert Byrd, a predecessor to Senator Manchin, knew that there are times, extraordinary times, when you have to move on the filibuster. Let's hope that happens here.”

Texas Republicans said they expect Gov. Greg Abbott to call a special legislative session this summer to reconsider changes to the state’s voting laws. With Republican majorities in both chambers of the Texas legislature, passage is likely.