First elected to Congress in 1992, Johnson, 85, is among its most senior members. 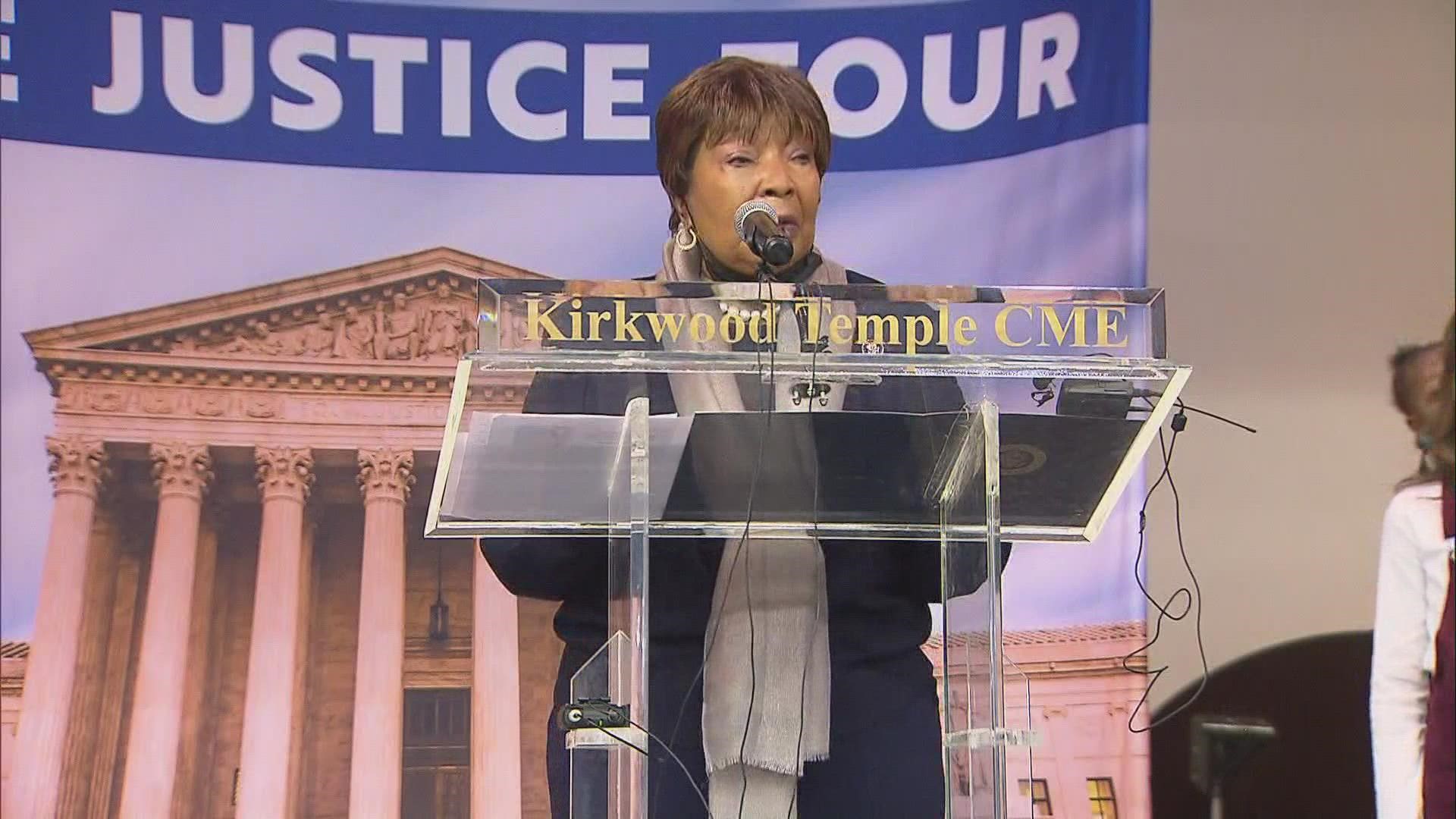 “I have gone back and forth … the whole time because of the pleading and the asking, but as of January … the year after next, I will step down,” Johnson said during an event in Dallas. "I will retire, and let me assure that I will also recommend to you whom I feel is the best to follow me."

Johnson added she is looking for a "female that is qualified."

First elected to Congress in 1992, Johnson, 85, is among its most senior members — the longest-serving member from Texas — and serves as dean of the Texas delegation. She chairs the House Committee on Science, Space, and Technology.

A former state legislator, Johnson is known for breaking barriers. She was the first Black woman ever elected to public office in Dallas when she won a state House seat in 1972. She went on to become the first registered nurse to ever serve in Congress.

"Chairwoman Eddie Bernice Johnson has been a dedicated and highly effective leader on behalf of Dallas area families and the entire nation for her thirty years in the Congress and nearly 50 years in public service.  She has used her gavel as the powerful Chair of the Science, Space, and Technology Committee to advance great progress for America, and her leadership and friendship will be missed by many in the Congress."

Speaking Saturday surrounded by family, Johnson emphasized her longtime advocacy for funding for Dallas Area Rapid Transit, the city's public transit agency, calling it "my baby from the first day that I got there." She also highlighted her role in helping flip Dallas County for Democrats in 2006.

“I’m proud of what I’ve done because there is no Texan in the history of this state who has brought more home," Johnson said, reflecting on how she had to work across party lines during long stretches in the minority. "As much as we trash the names of some of the Republicans. they were some of the same ones that helped me be successful."

The decision Johnson announced Saturday is consistent with what she told constituents in 2019 — that her current term would be her last. However, since winning reelection last year, she had declined to confirm that, fueling speculation about whether she would reverse herself in recent months.

Democrats began to circle her seat as questions about her 2022 plans persisted. In May, Jane Hope Hamilton, a former top staffer for Joe Biden’s campaign in Texas, launched an exploratory committee for the seat, saying she would run if Johnson chose not to seek reelection. And last month, Abel Mulugheta, the former chief of staff to state Rep. Rafael Anchia, D-Dallas, announced an outright campaign for the seat. Jessica Mason, a Navy veteran and progressive activist, is also running for the Democratic nomination.

Toward the end of her speech Saturday, Johnson was emphatic that she would endorse in the race to replace her, saying "I would appreciate you appreciating my judgment."

"Anybody that's been already been rejected in this district, they will not be receiving my endorsement," Johnson said, a likely reference to Barbara Mallory Caraway, who has repeatedly challenged Johnson in primary elections over the years.

Johnson’s 30th District is set to remain one of the bluest congressional districts in the state after redistricting. It will also stay anchored in Dallas, spreading to the southern edge of the namesake county.