Immigrants are surging to the Texas border seeking asylum. One local immigration attorney says it's a result of a change in administration. 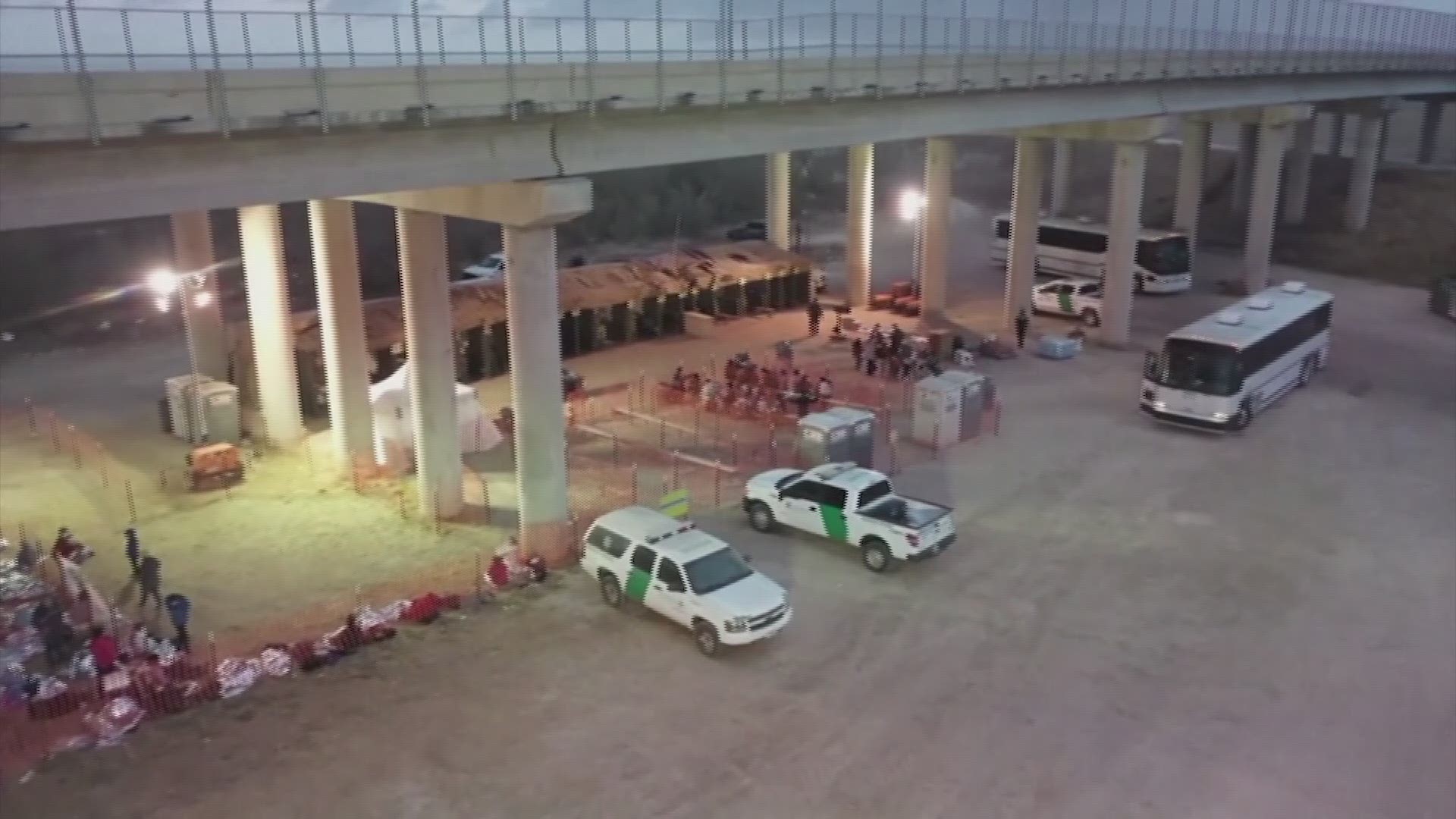 AUSTIN, Texas — More than 100,000 migrant families and children crossed the U.S. border without a legal status in February. On Wednesday, politicians questioned Homeland Security Secretary Alejandro Mayorkas regarding the policies the Biden administration has in place to process migrants quickly, safely and efficiently while keeping borders secure.

"The reality of the situation is that we have this massive backlog of migrants who were never permitted to apply for asylum during the Trump era because of Trump's policies," Lincoln-Goldfinch said. "We don't actually have this overwhelming surge. We have a somewhat of a reckoning of handling the asylum seekers that we would have had all along under the Trump administration."

"I congratulate you for it," Jackson Lee said. "It is not a policy of putting children in cages, which we had to suffer for year after year on the Trump administration. There are no children in cages."

"Just yesterday you said, quote, 'We are on pace to encounter more individuals on the southwest border than we have in the last 20 years.' That is staggering, and I appreciate your honesty," McCaul said. "I agree with you. It is going to be the most we've seen in 20 years. You may call that only a challenge, but I call that a crisis."

A convention center in Dallas is being used as a holding facility for about 3,000 migrant teenagers. Addressing the border situation from the city on Wednesday, Gov. Greg Abbott warned increased human trafficking could be a result of the increased number of migrants.

"I urge President Biden, do not traumatize these children by enticing them to make this trek," Abbott said.

However, Lincoln-Goldfinch said that story doesn't track with what she has seen and heard from her clients over the years.

"It's not as if these children have been trafficked away from a safe situation and this journey is enriching traffickers who are bringing the kids here to do forced labor," Lincoln-Goldfinch said. "That narrative is inaccurate. What's happening is these kids are in danger in their home countries, and either they themselves, because they're alone or their family members have made the awful, excruciating decision to send these kids into safety."

The immigration attorney says many unaccompanied minors are running from the "Northern Triangle," which is made up of Guatemala, Honduras and El Salvador as violence rises in those countries.

McCaul said it's a matter of helping countries prosper better so people are not surrounded by the violence causing them to want to leave in the first place.

"You have to deal with the root cause of this problem, and that is that the poverty and violence down in Central America and the Northern Triangle countries that really drive this; they don't want a generation of their children leaving their country," McCaul said in an interview with KVUE on Wednesday. "We've had some innovative ideas like the Northern Triangle Security Initiative Bill that I got passed to help with foreign assistance down there to help improve the conditions and law enforcement. And I think we can also work internationally to help them with economic investments."