Hundreds of people showed up to the Texas Capitol for a chance to show support for women's rights. 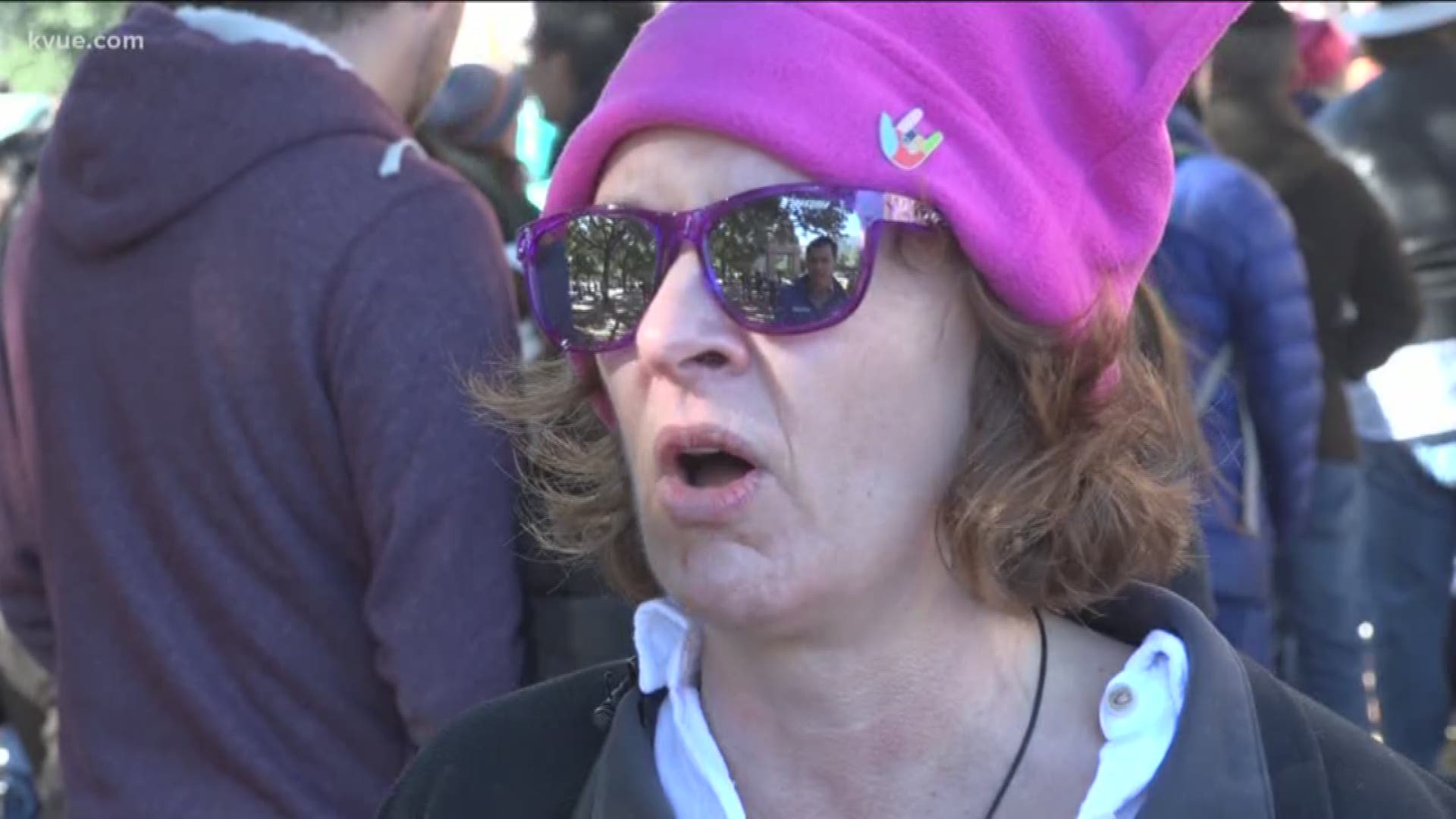 AUSTIN, Texas — For the third time since President Trump was elected, marchers gathered in cities across the country celebrating the power of women and fighting for change.

Here in Austin, it was the first time in three years the Women's March organization didn't plan the march after they faced accusations of antisemitism and racism.

While the event was smaller -- and a rally instead of a march -- the message of fighting for women was still heard.

"It's what our country's built on, is everyone having a voice, everyone being able to believe in what they believe in," John Stobinski said.

The supporters were still met with protesters.

Some arguing against abortion rights said talking to the rally-goers and sharing their ideas was nice.

"Actually had a very good conversation with someone a little while ago," Jeremy Brooks said. "We disagree on everything, but she got to hear my side and I got to hear hers."

Men and women both said that each event is a chance to take action.