Organizers of the rally said they want lawmakers to stop the "dehumanizing detention of immigrant children." 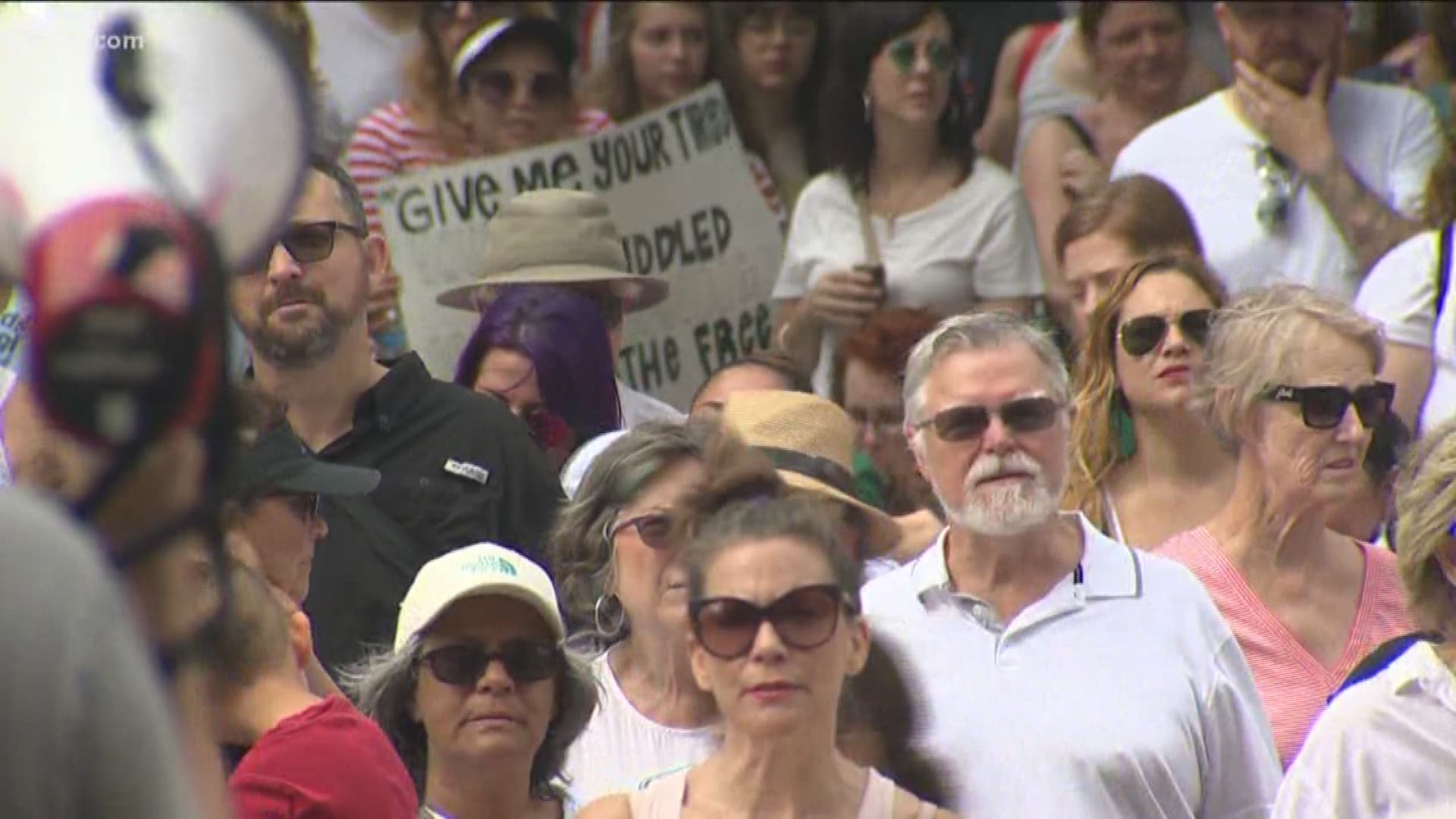 AUSTIN, Texas — As Americans across the country celebrated independence, hundreds of Texans gathered at the Capitol to call for change.

"Close the Camps!" the crowd shouted.

Organizers of the event said the purpose was to protest the detention of immigrant children by the federal government.

"We can't be complicit in things like this happening to human beings, to people who are just trying to flee a crisis," Fenna Engelke said.

The treatment of children in detention centers received national attention after attorneys and a doctor allowed inside a center in Clint, Texas reported children are living in deplorable conditions.

"They're sleeping on concrete blocks. There are open toilets in the room. There is no soap," said Attorney Warren Binford, who interviewed migrant children.

On Monday, lawmakers toured adult facilities in Texas and politicians on both sides of the aisle reported problems.

"This is a man-made crisis," U.S. Senator Ted Cruz (R-Texas) said. "The responsibility for this crisis lies directly on the United States Congress."

On Tuesday, the U.S. Office of Inspector General unsealed a management alert with pictures that called on the Department of Homeland Security to do something about the dangerous overcrowding and prolonged detention of immigrants.

The situation at the border is very personal for some of the protesters.

"My mom was a refugee so I take it very serious," Ute Engelke said.

Engelke said her mother had to flee Nazi Germany.

"There were 10 kids with one single mom, going through it. And they lost two sisters on a journey going to freedom," she said.

"He was born to two people in camps. His dad was taken to Siberia when he was 10 weeks old, all because they were Jewish immigrant," Alexander said. "So this country opened up their arms to a very poor woman with two 3-year-old twins and so I owe it to that legacy to be here."

The protesters said they're not interested in blaming a political party for the crisis, they just want a solution now.