House bill would increase education funding by $890 per student

Members of the House Committee on Public Education held a hearing Tuesday on House Bill 3. 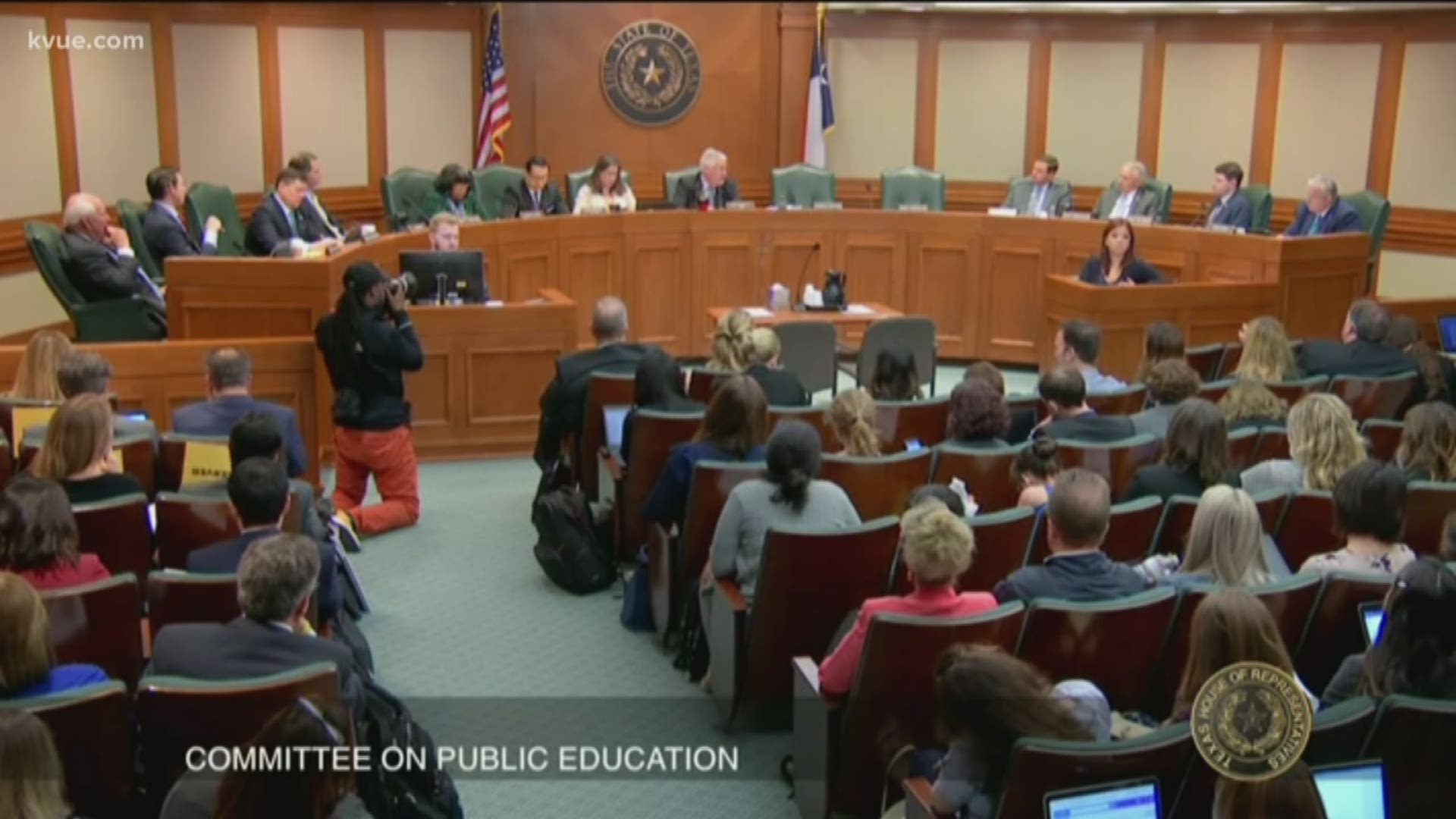 AUSTIN, Texas — The public had the opportunity to weigh in on House Bill 3, the Texas House of Representative's school finance reform bill called The Texas Plan, at the Capitol Tuesday.

House Bill 3 (HB3) would increase the base amount the state puts in to educate each child by $890 per student. It gives districts more money for students who need more attention, like those with dyslexia or those who speak English as a second language. It would reduce how much money property-rich districts, like Austin ISD, give property-poor districts by $3 billion and it would lower property tax bills because it lowers all school property taxes by 4 cents.

But when it comes to teachers, there is an obvious difference between what the House and the Senate would like to do.

The Senate unanimously voted out a bill to give all teachers and librarians a $5,000 raise, something not included in the House plan.

"We did not put an across-the-board pay raise in this plan," said the House public education chair and author of HB3, State Representative Dan Huberty (R-Houston). "That was not a recommendation from the commission. Not suggesting one way or the other, but you know, I remind you that we've got $6.3 billion going into the plan right now. But our plan is to continue to work with everybody, including the Senate."

The House plan does increase the minimum salary schedule for all school employees, but many school districts don't use the schedule because they already pay their staff more.

During the hearing, Chairman Huberty said he intends for changes to be made to the bill this week and he hopes to have it on the House floor for a vote by April.