From booze to dogs and guns to brass knuckles, there are new laws coming to Texas you need to know about. 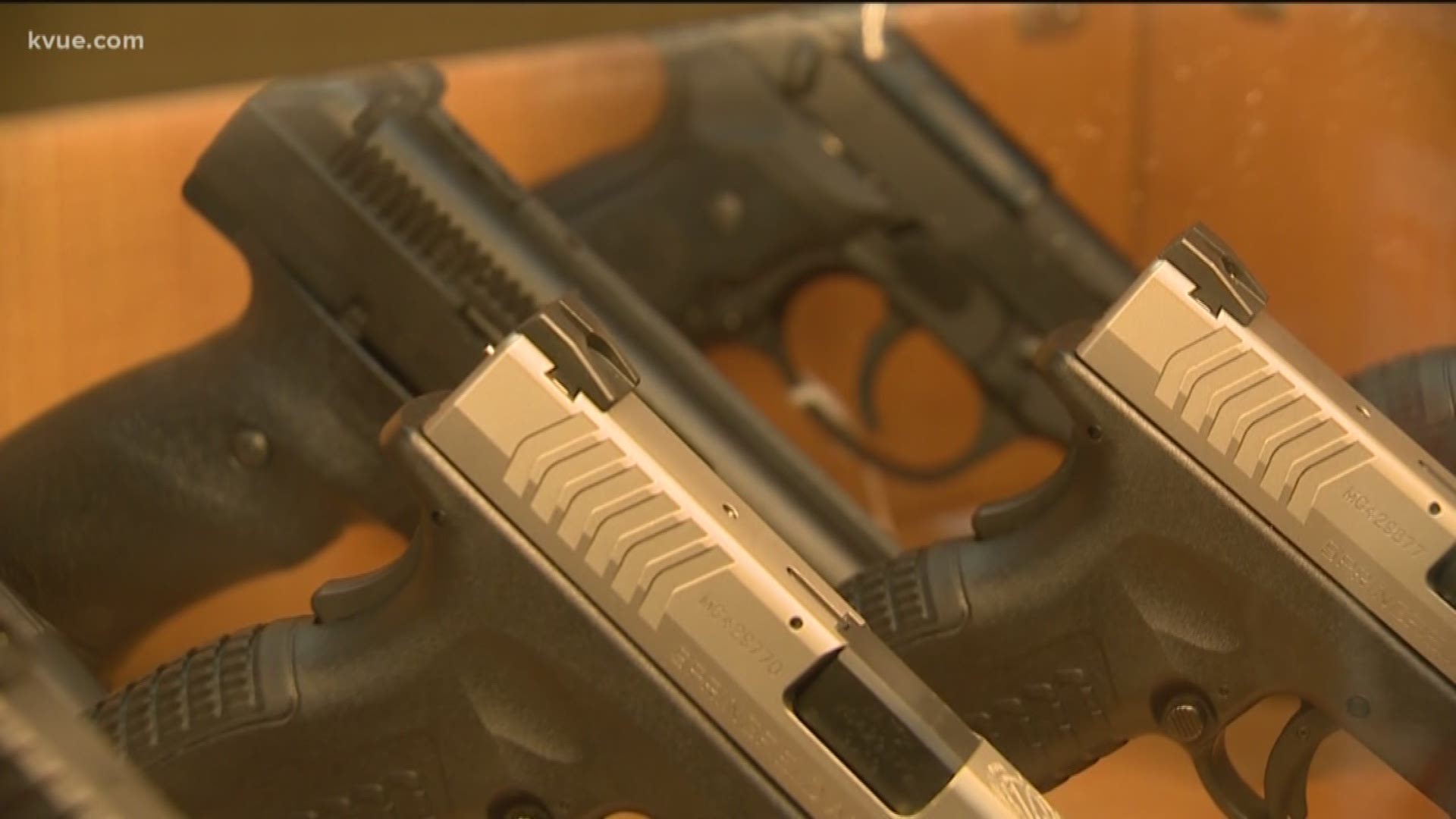 HOUSTON — September 1 is fast approaching and that means there are a whole lot of new laws that will go into effect in Texas. From firearms to lemonade stands and brass knuckles to booze, these are just some the laws you’ll need to know about.

The Texas Legislature passed 10 pro-Second Amendment bills during the 2019 session.

These are among the new laws that will take effect on Sept. 1:

Pint-sized entrepreneurs in Texas have the law on their side the next time they go to set up a lemonade stand. House Bill 234 would block cities and counties in the Lone Star State from enforcing or adopting ordinances that stop children from selling lemonade, or other non-alcoholic beverages, while on private property or in public parks.

Smoking age in Texas raised to 21

Starting Sept. 1 anyone under 21 won’t be able to walk into the store and buy cigarettes or any other tobacco product.

Texans get ready for beer to go and booze delivery

There will be a couple news relating to alcohol starting Sept. 1.  Texans will be able to leave breweries with craft beer. They'll also be able to have beer and wine be delivered.  Here's how it all will work.

Starting September 1, the penalty for stealing packages from porches will be a whole lot tougher.

In recent years the Texas Department of Public Safety had a policy in place that required motorists convicted of certain traffic offenses to pay an extra fee or surcharge on top of any fines or penalties for the actual traffic violation.  That's going away.

A bill that prohibits cities from putting restrictions on restaurants that want to let customers bring their four-legged friends on patios in Texas signed into law by Governor Greg Abbott.

Soon, Texas drivers with autism, deafness, PTSD and other communication challenges will be able to make law enforcement aware ahead of time.

Texas Gov. Greg Abbott signed Senate Bill 1978, commonly referred to as the "Save Chick-Fil-A bill."  The bill originally came up after the San Antonio City Council blocked Chick-Fil-A from opening a location in the airport due to reported donations to organizations that protest gay marriage and other LGBTQ issues.

You know the calls -- it looks like a number you're familiar with, but when you answer, it's a telemarketer.  A new law in Texas that goes into effect September 1 bans 'spoofing.'

The Texas Tribune has a breakdown of five bills that Gov. Abbott signed that take aim at the state's rape kit backlog and provide aid to those who have been affected by sexual assault.  He also signed a bill that allows for a 'path forward' for victims of human trafficking.  Get details of these laws here.

You'll have to be 18 to buy cough syrup

Starting September 1, businesses won't be able to sell dextromothorphan to anyone under 18 years of age.  Here is text of the new law.

It has been two years since Hurricane Harvey flooded tens of thousands of homes in our area.

Since then, local and state regulations have changed to try and mitigate future natural disasters. That includes a new law that ensures people know a home’s flood risks and flood history before moving in.

Previously, homeowners only had to disclose if a home was in a 100 year flood plain when they listed their properties on the market.

RELATED: Here are all of the new laws that go into effect September 1