Sloan, who is running against Republican Rep. Roger Williams for Texas' 25th congressional district, told KVUE that the assault happened on Sunday. 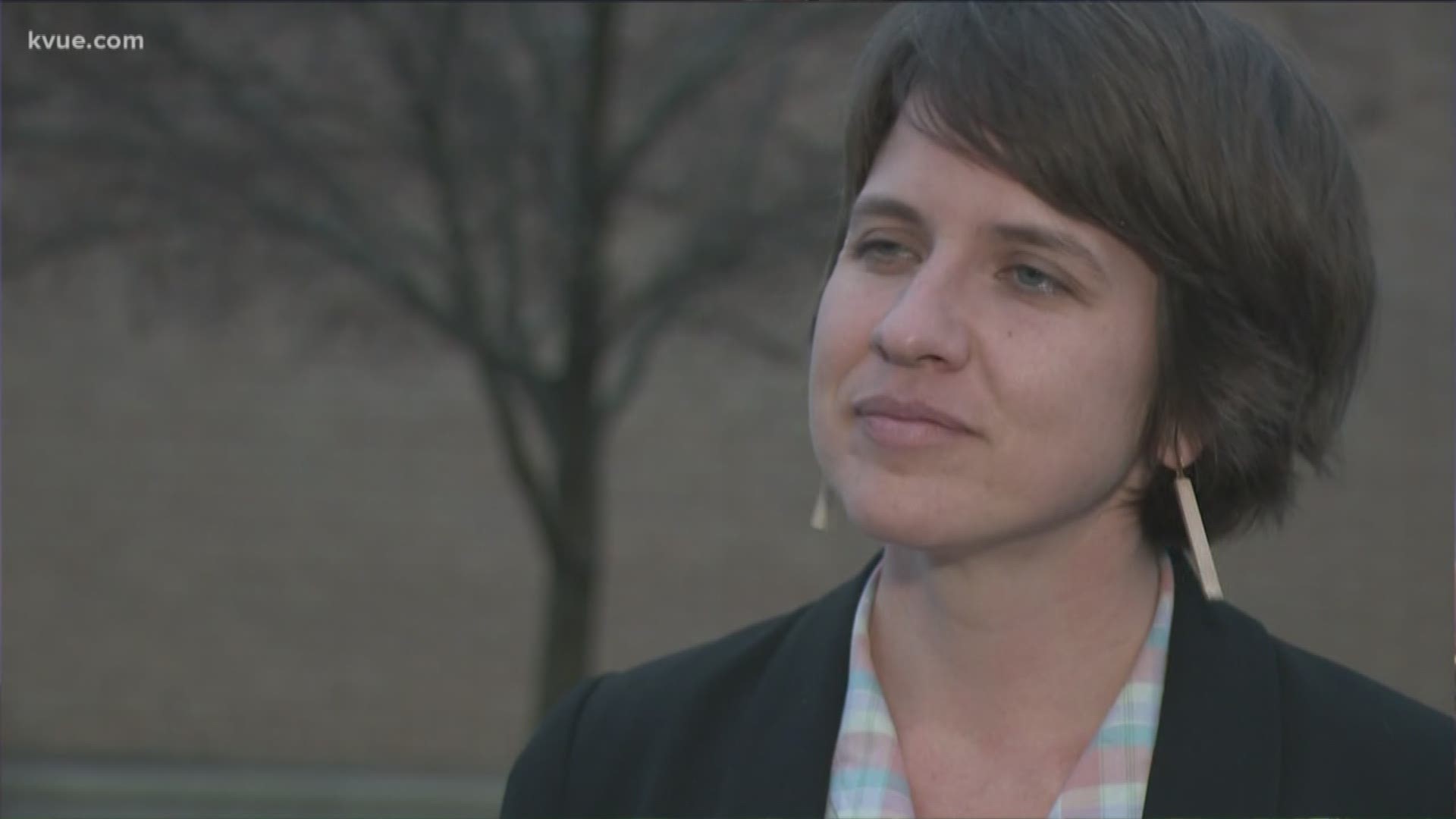 AUSTIN, Texas — A Texas congressional candidate is seeking legal advice after she said she was assaulted shortly after a canvassing event in East Austin.

Sloan said she was walking toward a venue to meet with other volunteers following a canvassing event when several people walked out of an alley and approached her.

Sloan said she walked back to her car as the group yelled she wasn't allowed in East Austin and that "electoral politics is counter-revolutionary."

"A man steps between me and the inside of my car and puts his hands on me. At this point, I'm just yelling, 'Don't touch me. Get out of my way. Don't touch me,'" she said.

That's when more protesters surrounded her.

"The person behind me shoved me and – I don't know if it was a few seconds or a minute later – took a little case of eggs that had been refilled with red paint and just smashed them on me," Sloan said.

Video of the incident was shared on social media by a group called Incendiary News Service:

Sloan has not filed a police report. Instead, she has sought legal consultation.

"I want to have something on record that says this is a known conflict and a known fear that exists," she said. "Even if you're not the most fan of electoral politics, that's totally fine. You don't have to be. But to dissuade others through fear is neither strong nor ultimately effective."

The same group showed up at Givens Park earlier in the day, Sloan said, and interrupted her rally. She said the group self-identified as Red Guards Austin. According to that group's Facebook page, however, it disbanded in 2018.

In a post on Twitter, Sloan said the group also goes by the name Defend Our Hoodz, a group against gentrification.

In a statement sent to KVUE, Defend Our Hoodz said Sloan's claims are false:

"The allegations that our organization 'assaulted' local congressional candidate Heidi Sloan are totally false and we condemn wild accusations by her as she tries to promote her political campaign. We had no part in the alleged assault, and also know that people feel anger towards those who push voting for politicians who will not solve gentrification or stop US Imperialism."

Sloan said she and her volunteers plan to be more vigilant moving forward.