Will McAdams has also worked as an aide to three state senators. He must be confirmed by the Senate before taking the position at the Public Utility Commission. 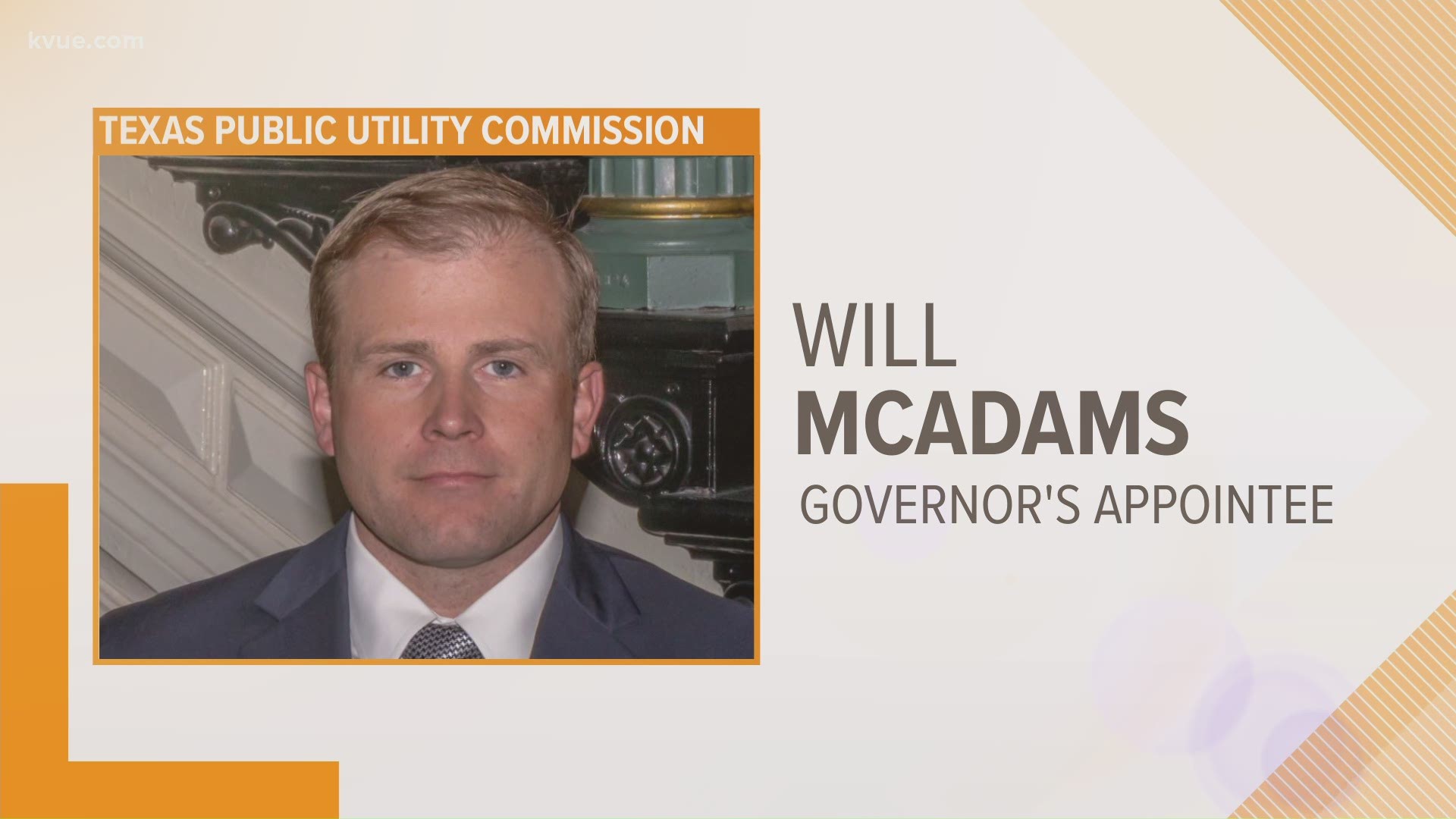 (Texas Tribune) Gov. Greg Abbott on Thursday named Will McAdams, president of the Associated Builders and Contractors of Texas and a former aide at the Texas Capitol, to the board of the Public Utility Commission.

This is the governor's first nomination to the board of the agency that oversees the state's power grid after all three of the previous board members resigned in the aftermath of February's deadly power outages that left millions without electricity in subfreezing temperatures.

McAdams will need to be confirmed by the state Senate.

"Will McAdams will bring a fresh perspective and outstanding leadership to the Public Utility Commission of Texas," Abbott said in a statement. "Will’s wealth of experience in public service and state government make him the ideal leader to carry out the PUC’s mission to protect customers, foster competition, and promote high quality infrastructure across Texas. Will is committed to charting a new course for the commission and restoring trust with Texans. I am confident that he will lead the agency with integrity and transparency and I urge the Senate to confirm Will's appointment."

McAdams used to work as an aide to former House Speaker Dennis Bonnen and for multiple state senators. Before that, McAdams served as an infantry officer in the Army.

The governor appoints nominees to the three-member Public Utility Commission board. The PUC oversees the Electric Reliability Council of Texas. Abbott has criticized ERCOT for the state's power grid failure in February. Lt. Gov. Dan Patrick, meanwhile, has criticized the PUC and has called on Abbott to shake up the agency.

"His experience suggests he understands the electric industry. The question is, will he stand up to the industry and vigorously work to protect consumers and the environment?" said Luke Metzger, executive director of Environment Texas. "The PUC is a shipwreck right now."

The agency has come under fire after the widespread electricity blackouts left nearly 200 Texans dead, according to the Houston Chronicle.

The three previous PUC commissioners resigned after Patrick and lawmakers called for their resignations when the PUC would not retroactively adjust the price of power in the electricity market during the winter storm. Experts said such a move could make things worse, and it remains unclear how readjusting the price of power during the winter storm would impact Texas electricity consumers.

An independent market monitor found that ERCOT unnecessarily charged $16 billion to power companies and others over a 32-hour period during the freeze when electricity prices were left high. The monitor recommended energy sold during that period be repriced at a lower rate, which would allow ERCOT to claw back about $4.2 billion in payments. Outgoing ERCOT CEO Bill Magness insisted the high prices were necessary to incentivize generators to send power to the grid and to keep big customers from turning their power back on and increasing demand.