Charlie Baird, a former judge and currently a criminal defense lawyer in Travis County, said the proposal could be costly. 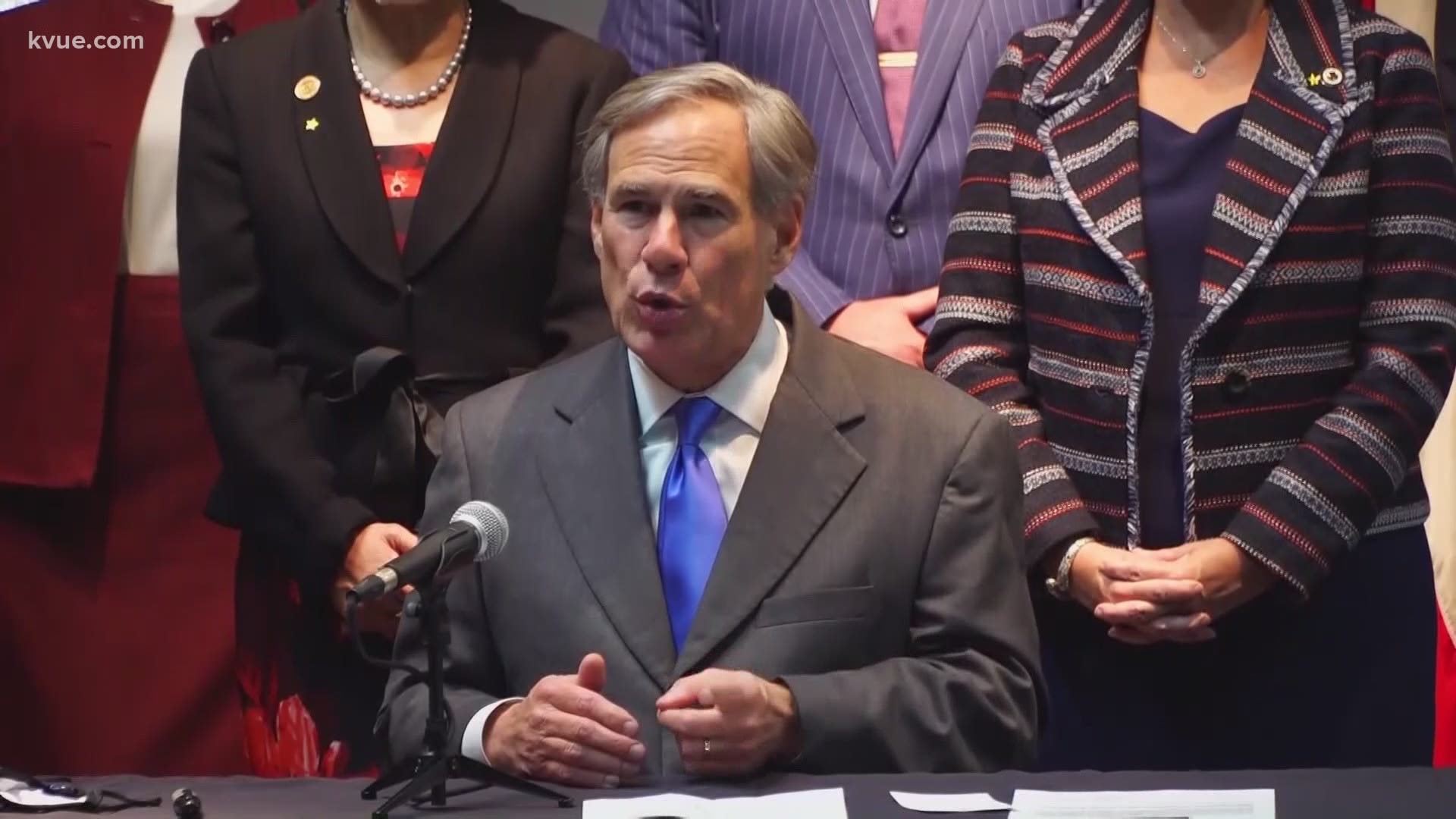 AUSTIN, Texas — Texas Gov. Greg Abbott announced Thursday he would like to step up the punishment for crimes committed during a protest.

"Texas is not going to tolerate violence, vandalism or rioting," Abbott said on Thursday during a press conference.

Gov. Abbott proposed legislation that if approved, would do the following:

2. Striking a law enforcement officer during a riot: Felony offense and mandatory jail sentence of at least six months.

6. Aiding and abetting riots with funds or organizational assistance: Felony offense and mandatory jail time. This will also give the Office of the Attorney General power to pursue civil penalties against people and organizations.

Protests against police brutality have continued across the country for months. They started up again recently due to Wednesday's indictment in the Breonna Taylor case, where none of the officers were charged directly for her death.

Charlie Baird, a former judge who is currently a criminal defense lawyer, said he feels it's typical to see a response like this.

“I think that what the governor has done is he’s offered some type of legislative package that seems to me to be a response, perhaps even a political response, to what’s been going on with these protests," Baird said.

He added that charging large groups of people at a time with felonies could come at a cost.

"To prosecute all these felony offenses could in fact be very costly. The problem for our law enforcement and for prosecution is when you arrest multiple people for multiple offenses at the same time, it just puts an extra burden on the criminal justice system," Baird said. "It puts a stall on other cases that should be processed in the criminal justice system. And it costs of course a lot of money because you have a lot more prosecutions, which requires more judges, more prosecutors and more court staff and perhaps even more law enforcement officers."

"I think any law enacted for that purpose would violate the Constitution of the United States, particularly the First Amendment, because you have a right to assemble, you have a right to protest, you have a right to express your grievances and you certainly have the right to contribute to those efforts," Baird said. "In other words, you could have – you could give money to an organization and you could transport them from Travis County to Washington, D.C., for example. And then up there something could happen that would be unfortunate, that could in fact break into violence. But you couldn’t prosecute the individuals who provided the transportation. That would be a violation of their First Amendment rights."

Baird also said something like this could result in people facing criminal liability who were not actually doing something illegal at the time of the protest.

"That is problematic certainly because in a riot situation, you could have people trying to disband and stop the riot or trying to exit themselves from the riot," Baird said. “And what you would have in a situation like that where you’re essentially prosecuting the entire event, is that you’d have individuals exposed to criminal liability that shouldn’t be – in fact trying to get away from and separate themselves from the riot.”

Tracking not one, but two cold fronts next week