The "Texas Gun Owners for Safety" will advocate for "commonsense" gun legislation that promotes safety. 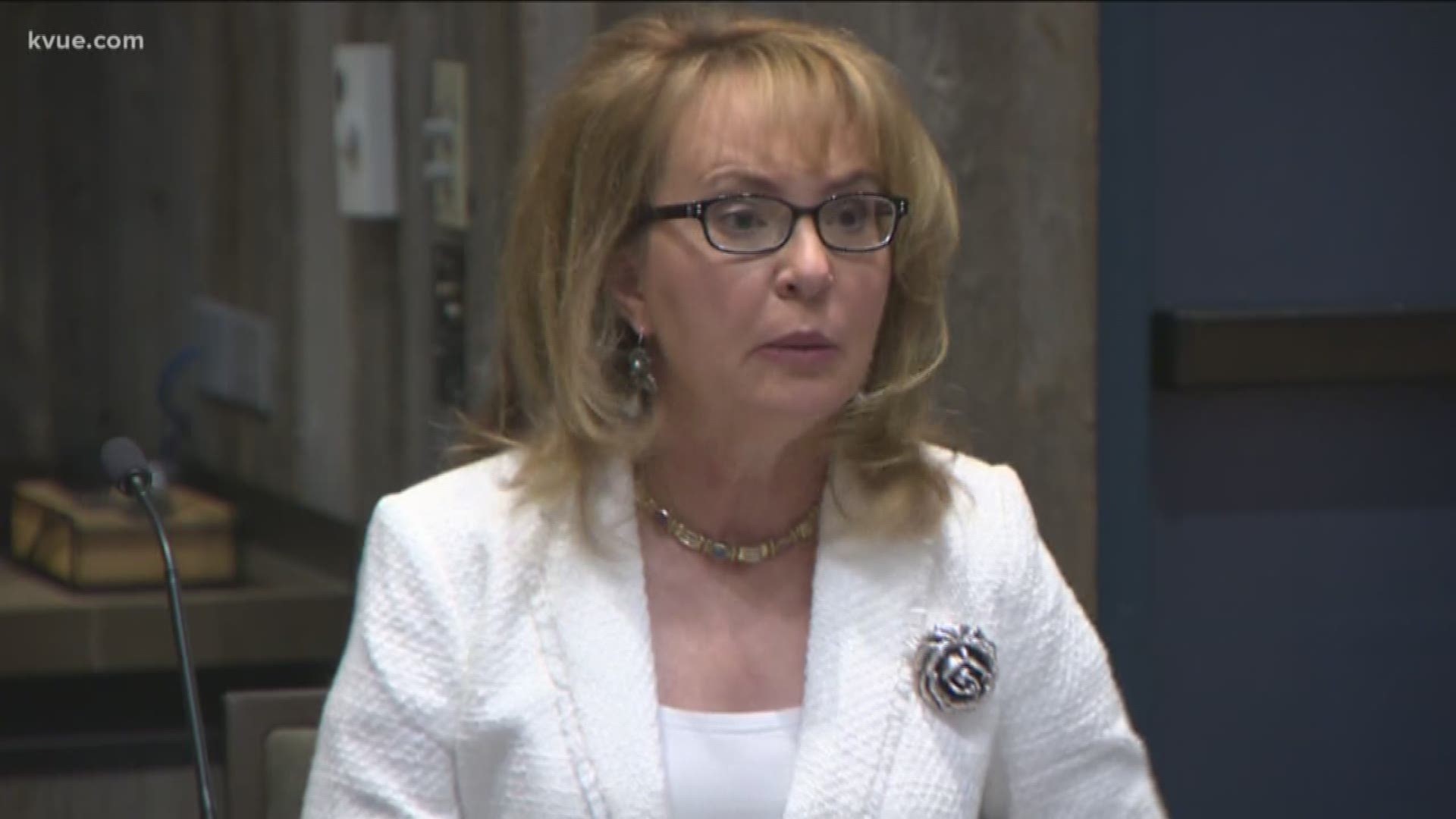 The organization has also launched coalitions in Minnesota and Colorado. The coalitions of hunters, sport shooters and collectors will advocate for "commonsense gun violence prevention laws" in their respective states.

On Tuesday, Giffords and her team held a roundtable discussion with about a dozen gun owners to discuss what regulations they believe need to be put in place and what proposals they think go too far.

"Democrats, Republicans, everyone: we must never stop fighting. Fight, fight, fight," Giffords told the attendees. "Be bold, be courageous, the nation's counting on you."

"One-thousand seven-hundred handguns for sale, in this state, that any individual could go buy with no record that police would know about and no background check," Chipman said. "I found over 200 of these are AR-15s. This is the same weaponry I was issued as an ATF SWAT team member to keep your community safe."

According to the Giffords Law Center to Prevent Gun Violence, 3,139 people are killed with a gun in Texas each year. That equates to someone being killed every three hours.

While the roundtable consisted of a small group, organizers said they hope this coalition will grow and they will have Giffords' full support.