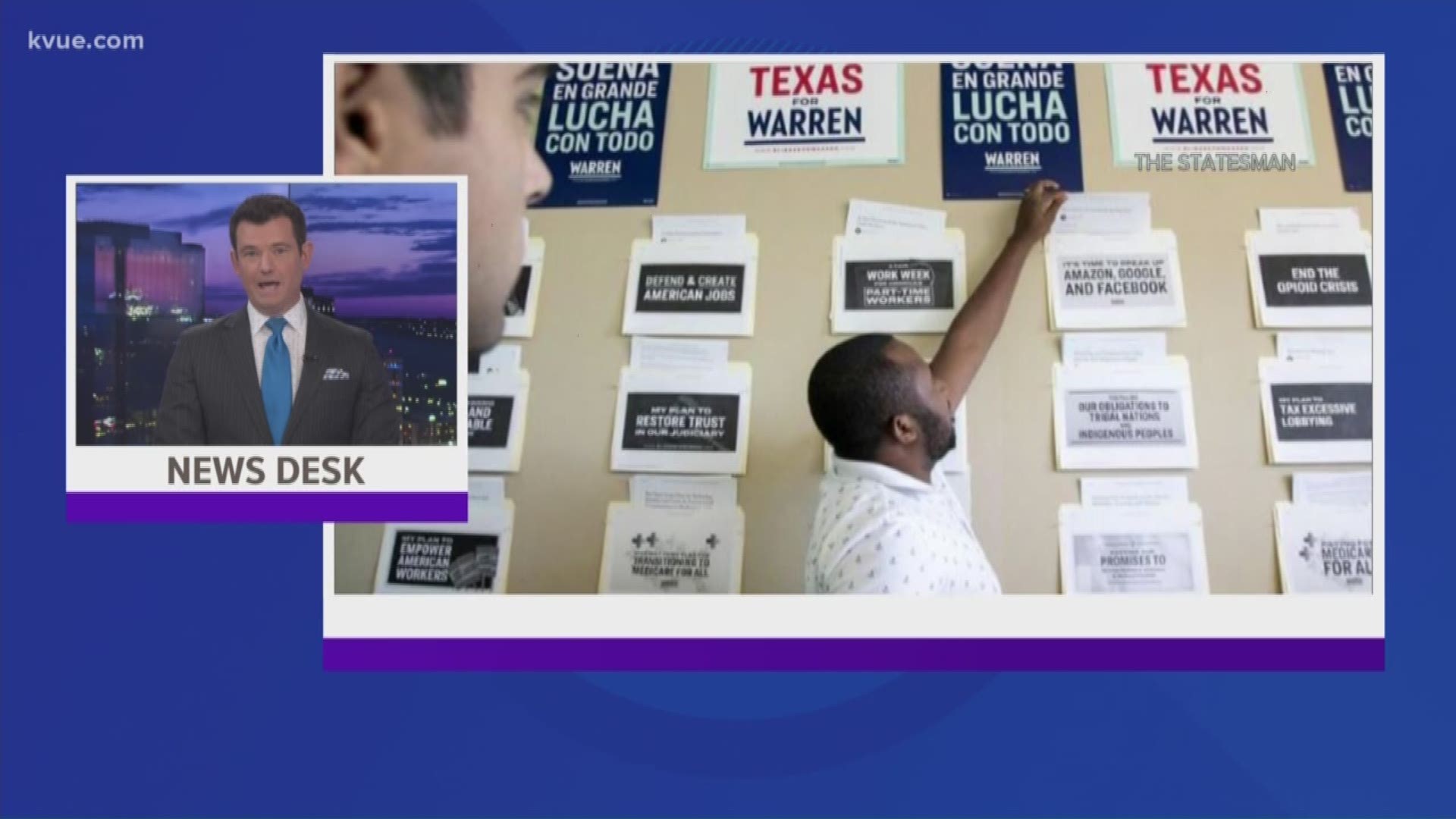 AUSTIN, Texas — Editor's note: The video above was published when Elizabeth Warren opened an office in Austin.

Democratic presidential candidate Elizabeth Warren has made an endorsement in the Travis County district attorney race, according to KVUE's media partners at the Austin American-Statesman.

“With Jose as District Attorney, Travis County will gain another champion in the fight to transform our criminal justice system,” Warren said in a statement to the Statesman. “As an experienced public servant with a proven track record of standing up for working families, I know that Jose will be the fighter that Travis County communities deserve.”

Garza is joined by Democrat Erin Martinson and Republican Martin Harry in his race against Moore.

Garza previously told KVUE that more needs to be done with the sexual assault cases that are coming in.

"Our district attorney's office has not treated women with dignity and respect," Garza said. "The record on her leadership on sexual assault is clear and it's terrible."