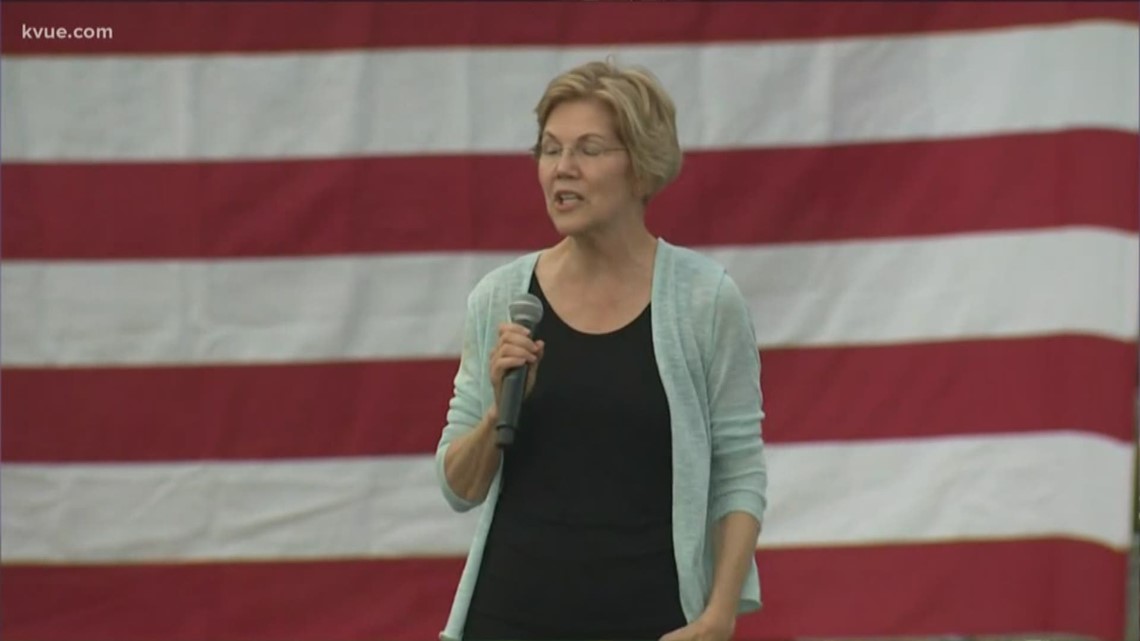 Admission was on a first-come, first-served basis.

Wednesday deadline for Democratic debate could spell doom for some candidates

KVUE spoke to a few people at the town hall who said they were hoping to hear about gun control, the economy and Sen. Warren's stance on immigration.

"Gun control is really the biggest thing I want to hear her discuss, especially with what’s been going on recently," Roderick Acquaye said.

Many said they just wanted the chance to hear her speak.

"I've been coming to Austin since I was a little girl," Sen. Warren said. "My Aunt Alice and my Uncle Claud lived on Bull Creek Road, and I thought Austin was pretty special back then, but even more so now."

Sen. Warren touched on a few different topics, including the economy, saying she doesn't think it works for everyone. She also called for an end to the electoral college and spent some time discussing climate change.

People in the crowd cheered as the senator spoke, saying they were surprised at how many people showed up even after the rain.

"I think Elizabeth Warren is the next president of the United States," Isis Gaber said. "I think that she has a clear call for action and a platform. I'd really like to hear it in person. This is my first time being able to hear her, so I'm excited to hear how she engages a crowd."

"I was at a book signing that she did three or four years ago and barely anyone was there, so the amount of momentum that she's been able to build throughout this campaign cycle and stand out is really amazing," Alex Smith said.

Sen. Warren's campaign team told KVUE that more than 5,000 people showed up to the town hall.

She is one of the 10 candidates to have qualified for the third Democratic Debate in Houston. The debate will take place on Sept. 12, just days after her town hall, and will be broadcast live on KVUE.