Texas elected officials are speaking out on the Electoral College certification. 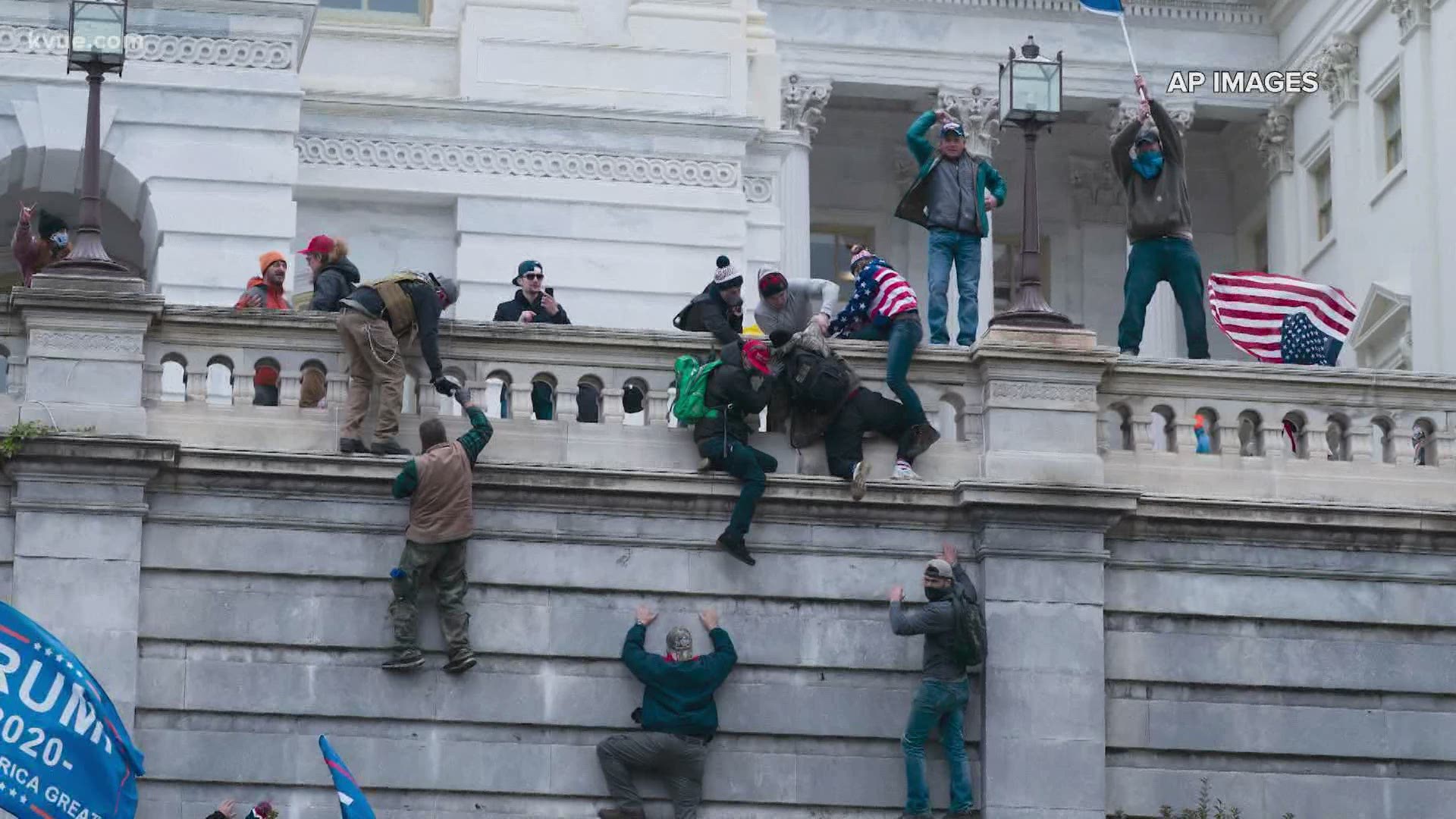 Subsequently, President Donald Trump for the first time acknowledged his defeat in the Nov. 3 election and announced there would be an “orderly transition on Jan. 20” after Congress concluded the electoral vote count.

A handful of elected leaders from Texas have now spoken out on the Electoral College certification in light of Wednesday's events.

“The attack at the Capitol was a despicable act of terrorism and a shocking assault on our democratic system. The Department of Justice should vigorously prosecute everyone who was involved in these brazen acts of violence. I thank the brave men and women of the U.S. Capitol Police and all other law enforcement agencies who responded to restore peace.

Now, we must come together and put this anger and division behind us. We must stand side-by-side as Americans. We must continue to defend our Constitution and the rule of law.

That’s why my colleagues and I called for an electoral commission to give Americans confidence in this past election and in elections going forward. Millions of Americans who have peacefully expressed their deep concerns regarding election integrity deserve to have their voices heard. It was the right thing to do. I very much wish Congress had not set aside these concerns, but I respect the position each of my colleagues took. Debate in the two houses of Congress is the proper way to resolve our political differences, not through violent attacks.

Now, Congress must fulfill our constitutional responsibility to complete the Electoral College certification process. We must, and I am confident we will, have a peaceful and orderly transition of power, pursuant to the Constitution.”

This statement from Cruz comes after he had called on his colleagues to challenge President-elect Joe Biden's victory moments before riots broke out at the U.S. Capitol on Wednesday and a mob of supporters of President Donald Trump stormed inside, forcing evacuations, lockdowns and a delay on the certification of Electoral College votes.

Since the November election, the Texas senator has been criticized for supporting debunked claims from the president that the election was tampered with, helping Biden secure a win. Moments before a mob stormed the building on Wednesday, he continued to support unproven claims of national voter fraud as a "profound threat."

As Congress reconvened to resume its Electoral College count, the Senate defeated the first objection for Arizona, 93-6, with Cruz among the six voting yes.

The senator has faced calls for his resignation for his attempts to stop the vote certification, including from Texas Congressman Joaquin Castro.

"Ted Cruz is a highly intelligent guy," Castro told the Texas Tribune. "He knows what he's doing and he knows that he's wrong."

An excerpt of his statements from Wednesday can be read here.

“Yesterday’s cowardly attack on our American democracy was a heinous act. While Congress attempted to execute their constitutional duty to debate and vote on the certification of the electoral college, violence interrupted the proceedings in an attempt to stop the democratic process. Those who committed these acts are domestic terrorists and should be prosecuted to the fullest extent of the law. I thank the Capitol Police and all of the law enforcement organizations that pushed back against the mob. I can’t help but be reminded of their bravery during the baseball shooting on my Republican colleagues in June of 2017. I thank God every day for their presence.

The American people deserve full transparency in the electoral process, with confidence that any irregularities or inconsistencies in that process will be fully investigated. As a former Texas Secretary of State, I know the electoral process well, and above all I know what the courts, the executive branch and elections officials can and cannot do without approval by the state legislature. During my tenure, I knew that my authority was confined to the powers the legislature provided me. If states fail to abide by the Constitution and follow their own laws, it calls into question whether the votes in Texas or any other state are fairly represented. And now, as a duly elected Member of Congress, the Constitution outlines my rights to speak and voice my constituents’ concerns with my vote.

It’s pivotal that we have free and fair elections in our representative democracy, and more importantly, that we trust in the results of those elections. In no way is voicing an objection an attempt to overturn an election, and when this process is complete and all objections have been heard, I acknowledge that we will have a peaceful transfer of power on January 20, 2021. Faith in our system must be restored and Americans must be confident that their vote matters, and only lawful votes will be counted. Yesterday was a sad day in our nation’s history, but a solemn reminder that our country will not falter and will not fail.”

Rep. Lloyd Doggett posted a statement on Twitter saying he was a sponsor of a resolution to impeach President Trump " for inciting a seditious attack on the Capitol and attempting to obstruct the election certification."

I am a sponsor of this resolution to impeach President Trump for inciting a seditious attack on the Capitol and attempting to obstruct the election certification. Trump must be held accountable. American lives—and our democracy itself—are endangered every day that he holds power. pic.twitter.com/fdgcF9qnh4