The University of Texas at Austin propaganda research team has been studying viral posts, memes and articles being shared during the election season. 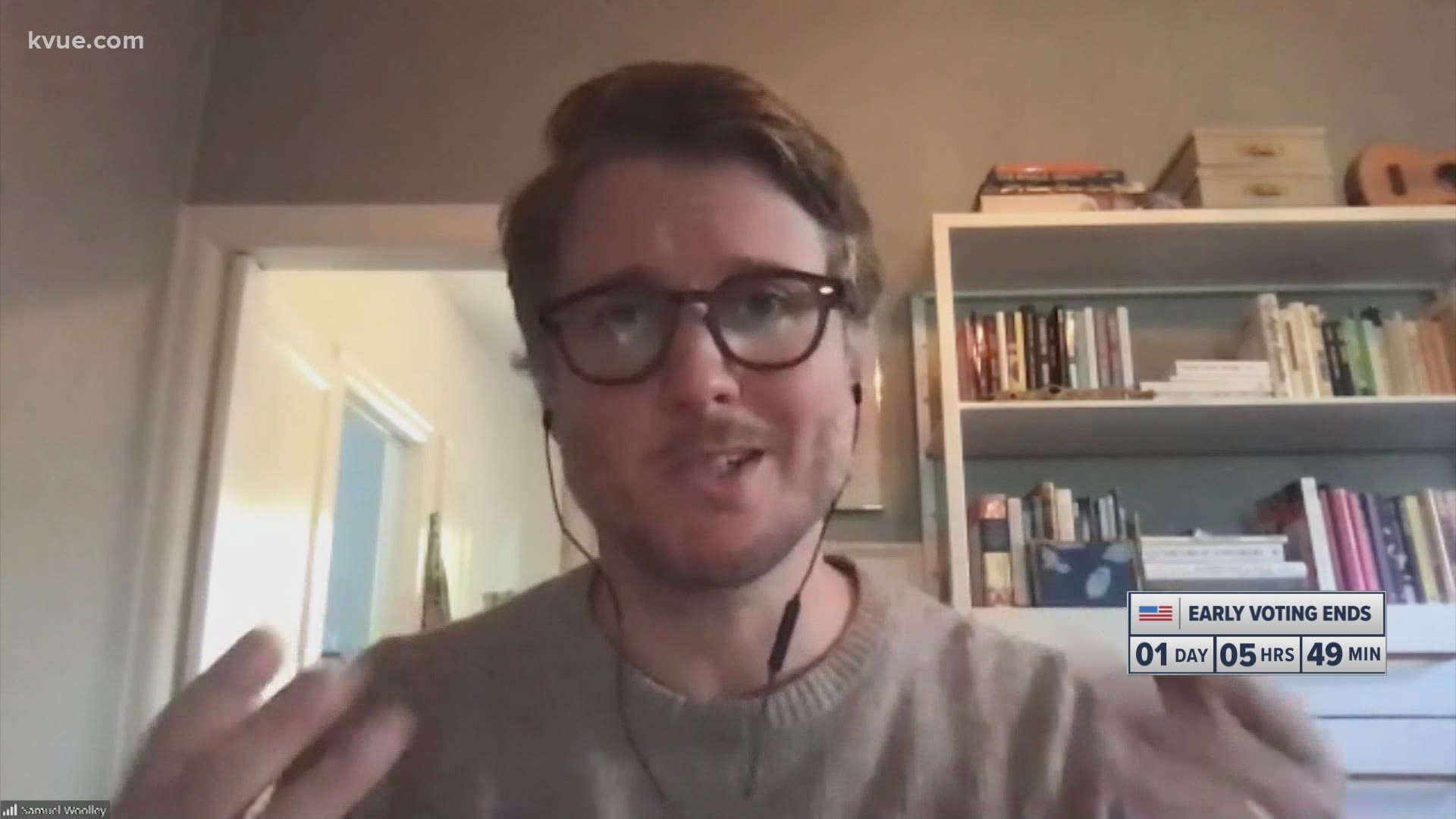 AUSTIN, Texas — As we enter the final stretch to Election Day, it's pretty normal to be feeling overstimulated by political messages on the internet.

Living in a digital age, it can feel like an ocean wave of content washing over you all at once every time you log into a social media platform.

Studying global political communication online, Sam Woolley helped launch the propaganda research team at the University of Texas at Austin a little over a year ago.

"There's this concept called relational organizing that a lot of political marketers are very hot on right now," Woolley said. "It's this idea that if you speak to someone who you care about or who you know, you're more likely to believe what they're saying or to give it some time or some thought."

Woolley recommends keeping a skeptical mindset when being introduced to new information online, even if a trusted friend is the one who shared it.

"We need to be critical consumers of information, but we also need to talk to our family members and friends about the disinformation and propaganda that's out there because there is a lot of it. If it doesn't come from a well trusted verified source that doesn't have clear journalistic integrity then I would not trust it," he said.

During this election season, Woolley and his team have also discovered viral posts misinforming Spanish-speaking voters.

"I think a lot of the disinformation we've seen spread both by the political campaigns but also regular people have disinforming people of certain social groups or ethnic groups or backgrounds," Woolley said. "That's very worrying because that means an entire voting block is getting the wrong information."

Here's his parting advice before heading to the polls: "Stick with your gut."