Organizations are busy with voter registration across North Texas

As the October 5th deadline for voter registration nears, some groups are vigorously working to get as many people as possible registered to vote. 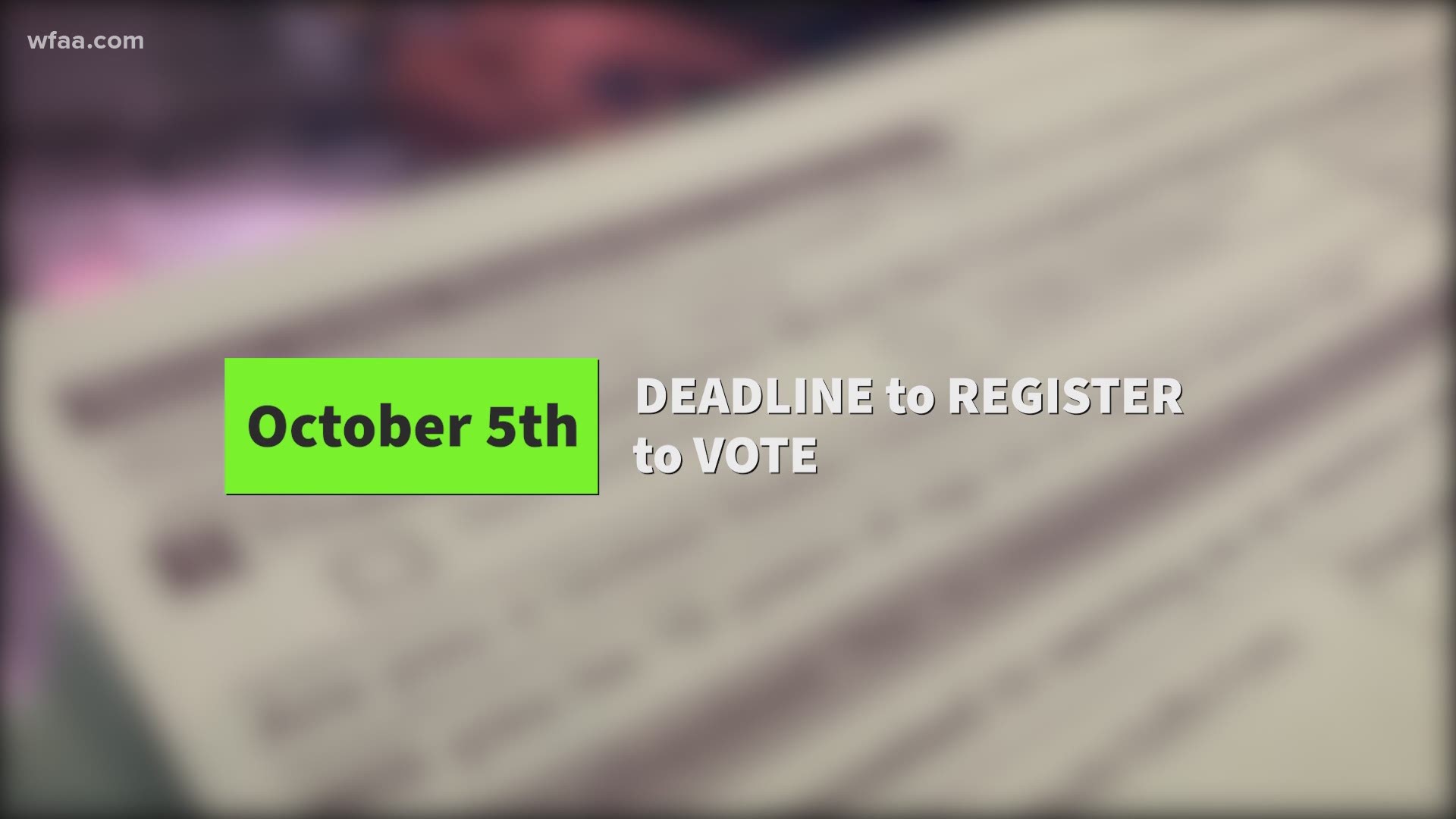 DALLAS — The countdown to the November election is in full swing. That is why individuals and organizations across North Texas are vigorously working to get as many people as possible registered to vote.

“We stopped here at Paul Quinn for a reason,” an announcer from K-104 radio said as he stood in a field at Paul Quinn College on Monday.

The college campus was yet another stop in a community-based voter registration push.

”We’re just out here trying to make sure we get people registered to vote,” explained Cristina Birdsong of the DeDe McGuire Foundation.

RELATED: VERIFY: No, 4 GOP senators have not confirmed they won't vote on new Supreme Court justice until January

Representatives from the DeDe McGuire Foundation, Power to Give, Dallas County Elections Office, K104-FM, and other groups staged a drive-by voter registration event on Monday.

”It’s a call to action,” Birdsong explained. “It’s really time for us to get our communities more involved.”

The deadline to register to vote for the November election is October 5, 2020.

“If you’re on the fence about registering, you’ve got to get off the fence. I’ve heard so many people talk about it doesn’t matter who I vote for. It absolutely does matter. Your vote does count,” explained Michael Sorrell, President of Paul Quinn College.

Volunteers are also encouraging people to consider taking advantage of early voting opportunities this year. Early voting will be held Oct. 13 through Oct. 30. Dates and times for early voting polling sites may vary, depending on where you live.

Some local restaurateurs are also getting into the voter registration push. Valery Jean-Bart is owner of Val’s Cheesecakes in Dallas. It is among a group of local restaurants working with Leverage Dallas in an effort called #Hungry4Votes.

On Tuesday, each business will be registering voters as part of a National Voter Registration Day event.