Secretary of State Brad Raffensperger announced the decision on Wednesday. 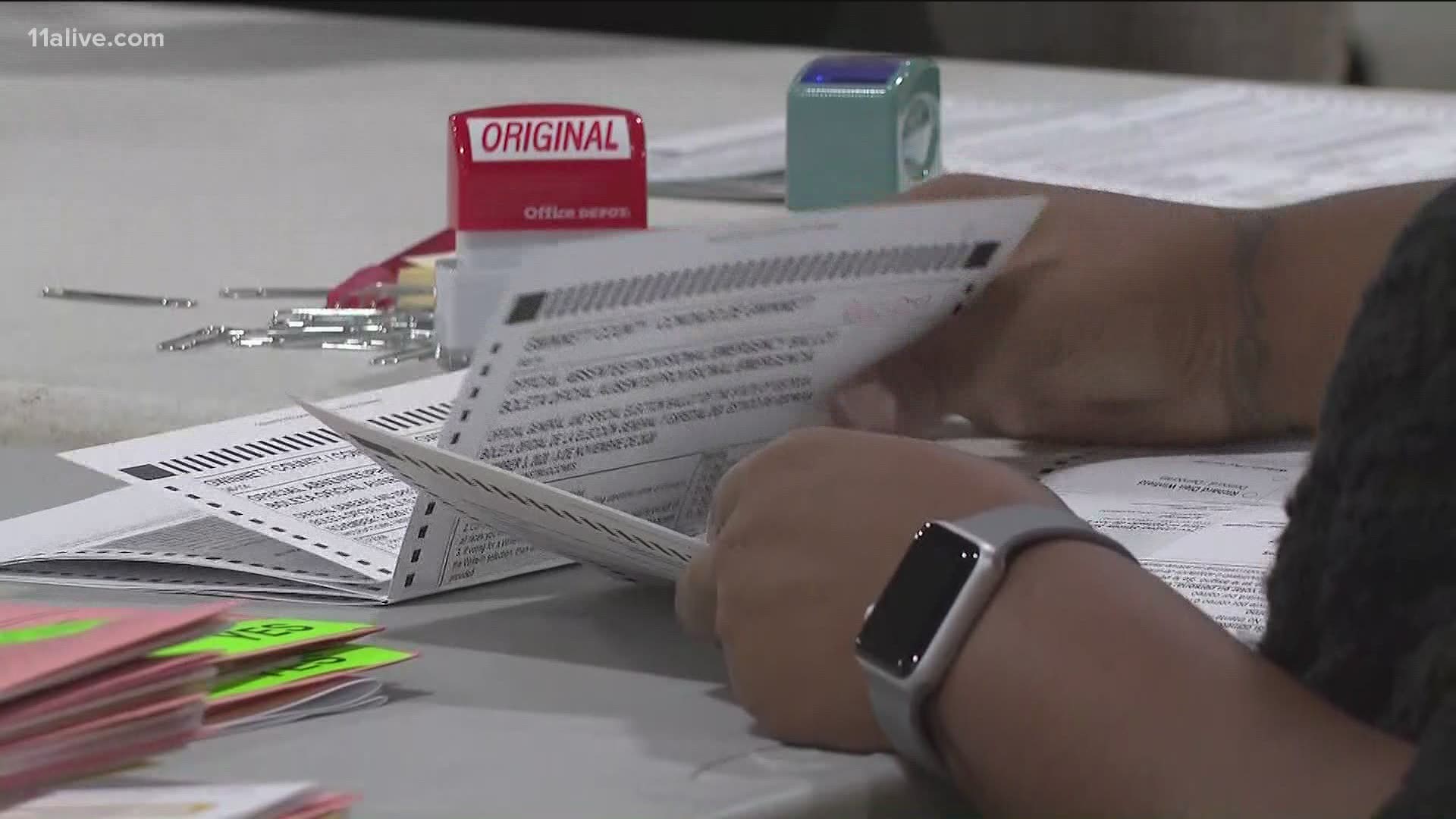 ATLANTA — Georgia election officials have announced an audit of presidential election results that will trigger a full hand recount.

Sec. of State Brad Raffensperger said at a news conference Wednesday that his office wants the process to begin by the end of the week and he expects it to take until Nov. 20.

Counties have until Friday to certify their election results, and state law mandates that the secretary must certify the full state results by 5 p.m. on Nov. 20.

After results from the hand recount are certified, the losing campaign can then request another recount, which will be performed by machine, Raffensperger said.

President-elect Joe Biden leads President Donald Trump by about 14,000 votes in the state.

"We now have that verifiable paper ballot for the first time in 18 years," Sec. Raffensperger said, referring to the new voting system in Georgia that used a printer to produce a paper record of voters at voting machines, plus the millions of hand-marked absentee paper ballots that were sent in by mail or submitted at drop boxes. "We're gonna have something to count, instead of just pressing a button and getting the same answer. So we'll be counting every single piece of paper, every single ballot, every single lawfully cast legal ballot."

The secretary of state also announced that runoffs for state and local elections set for Dec. 1 would be moved to the same day as the federal runoffs - which will feature two Senate races - on Jan. 5.