Cornyn held an edge in polls and fundraising for most of the race but was still forced into mounting an unusually aggressive defense of his 18 years in the Senate. 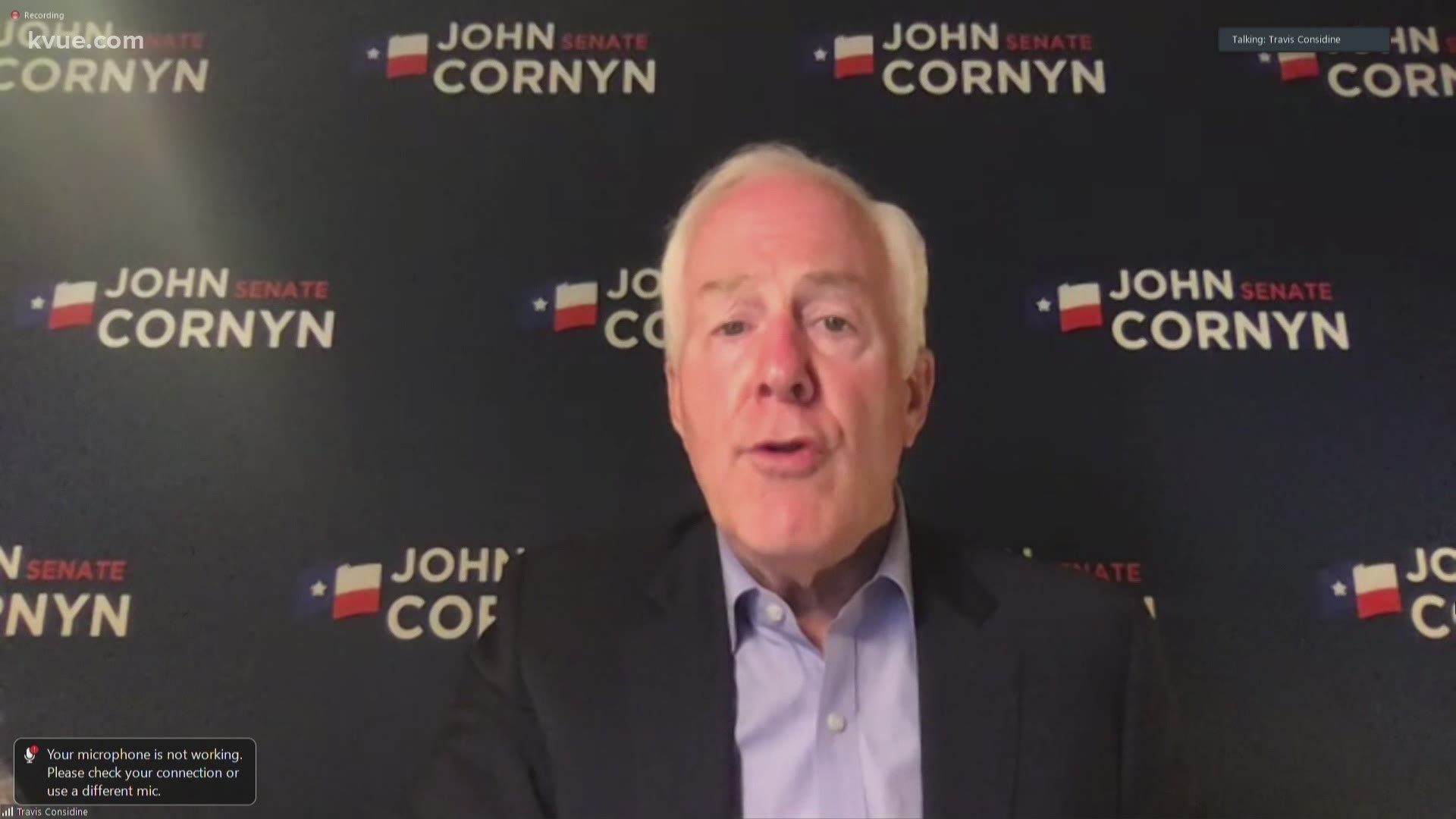 This story will be updated throughout the night.

The Associated Press called the race for Cornyn a short time later.

Cornyn tweeted to say he was "inspired by your trust and your patriotism" after voters selected him to serve another term.

The incumbent thanked the state, saying "it is the honor of my life to serve Texas in the U.S. Senate."

Hegar also tweeted after calling to concede, saying "I know our fight here in Texas is far from over."

Cornyn held an edge in polls and fundraising for most of the race but was still forced into mounting an unusually aggressive defense of his 18 years in the Senate.

Democrats poured millions of dollars behind Hegar, a former Air Force helicopter pilot who narrowly lost a U.S. House race two years ago. She accused Cornyn of delivering little for Texas over his long stint but didn’t generate the same enthusiasm of Democratic challengers in battleground Senate races elsewhere.

I'm so proud and incredibly grateful for all of your support. Together, we've worked so hard, and overcome so much, shattering expectations along the way. We’ve built a powerful grassroots movement from the ground up, and I know our fight here in Texas is far from over.

Cornyn was born in Houston and grew up in San Antonio. According to his website, Cornyn’s father was a B-17 pilot in World War II before become in Air Force dentist.  Being in the military, Cornyn’s family spent time living in El Paso, Biloxi, Washington D.C. and Tachikawa, Japan.

Cornyn graduated from Trinity University in San Antonio with a journalism degree. He worked for the school paper. He then went on to get his law degree frm St. Mary’s Law School in San Antonio, after which he joined a San Antonio law firm representing doctors and lawyers in malpractice suits. He would later earn his Masters of Law from the university of Virginia.

Cornyn’s first elected office was Bexar County district judge when he was 32. He was elected to the Senate in 2002.

Cornyn and his wife, Sandy, have been married for 40 years. They have two grown daughters.

When it comes to healthcare, he co-sponsored the 2019 PROTECT Act, which prohibits insurance companies from denying coverage to people with pre-existing conditions. While the Trump administration is seeking to dismantle Obamacare in the courts, according to the Texas Tribune, Cornyn has said doesn’t want to see that legal action succeed.

On immigration, Cornyn says he is in favor of giving citizenship to ‘Dreamers,’ young undocumented immigrants who grew up in the United States. But he also voted against the 2013 “Gang of Eight” immigration reform bill.