The 24-hour format was designed to allow people who work late shifts the opportunity to get to the polls. 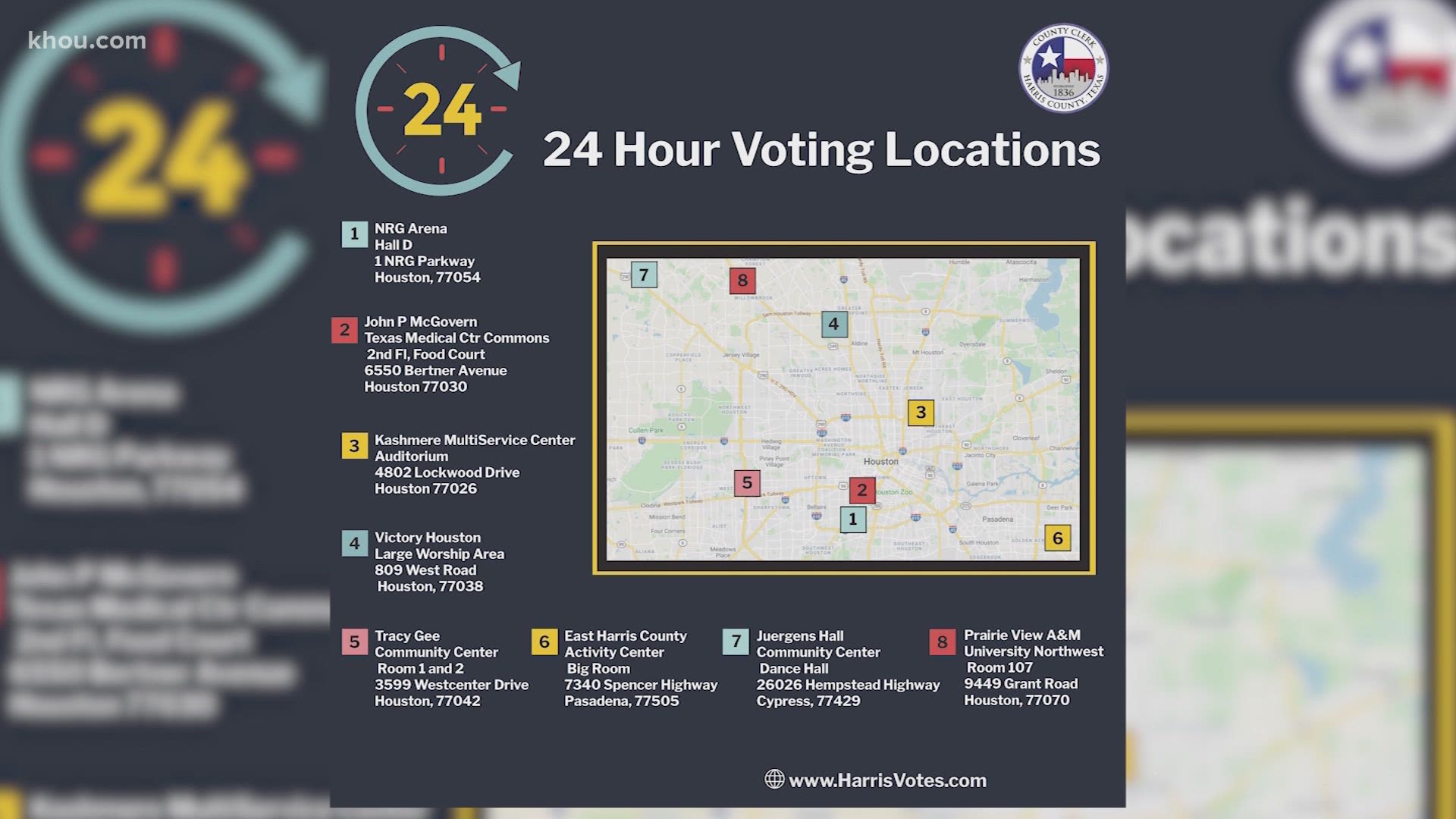 The state’s most populous county is the only one out of 254 to offer around-the-clock hours.

The polling sites will stay open for 36 hours straight: from 7 a.m. Thursday to 7 p.m. Friday.

"This was ideal,” said Charulin Mapps, who voted at the East Harris County Activity Center in Pasadena on Thursday. “I was in and out in less than five to 10 minutes."

Mapps works in the medical field and said the pandemic has meant longer hours and a tougher time finding time to vote.

"This is one of the few days that I have, and I just happened to be watching the news this morning when my mom had it on and saw this 24-hour polling,” Mapps said. “So, I woke this one up. I’m like, ‘Come on, let's go. Let's get the opportunity. I don't want to be in line five or six hours.’"

"That's to give, you know, those shift workers, those folks who are working at the Texas Medical Center to save lives, and anybody else who needs it the opportunity to vote at a time that's convenient for them," he said.

On Thursday afternoon at the Texas Medical Center, many other front-line workers and patients took advantage of their 24-hour voting site.

It's also a plus for Gabriel Guerrero, who spent the day fundraising outside.

"It's good to know that if I stay late at work I'll have somewhere to go,” Guerrero said. "Before I leave for the day, I'm just gonna hop down the street and go vote."

She told reporters more than 10,000 people had already voted there so far.

Instead, Hidalgo said it’s hard for many frontline workers to balance their schedules and voting.

“I was just hearing about a nurse that was walking by this Medical Center polling location, and she asked the worker, she said, ‘Is that a polling location?’” Hidalgo said. “The elections worker confirmed that, yes, in fact, it was, and the nurse broke down in tears because she says it’s the first thing throughout this entire pandemic that made her life easier.”

As of 5:15 p.m. Thursday,  Hidalgo said the county was about 30,000 votes away from breaking their all-time turnout record from the 2016 general election. Early voting runs through Friday. Election Day is Nov. 3.