Election Day: What you need to know about the Texas primary runoff

Tuesday is Election Day for the 2018 Texas Primary Run-Off. 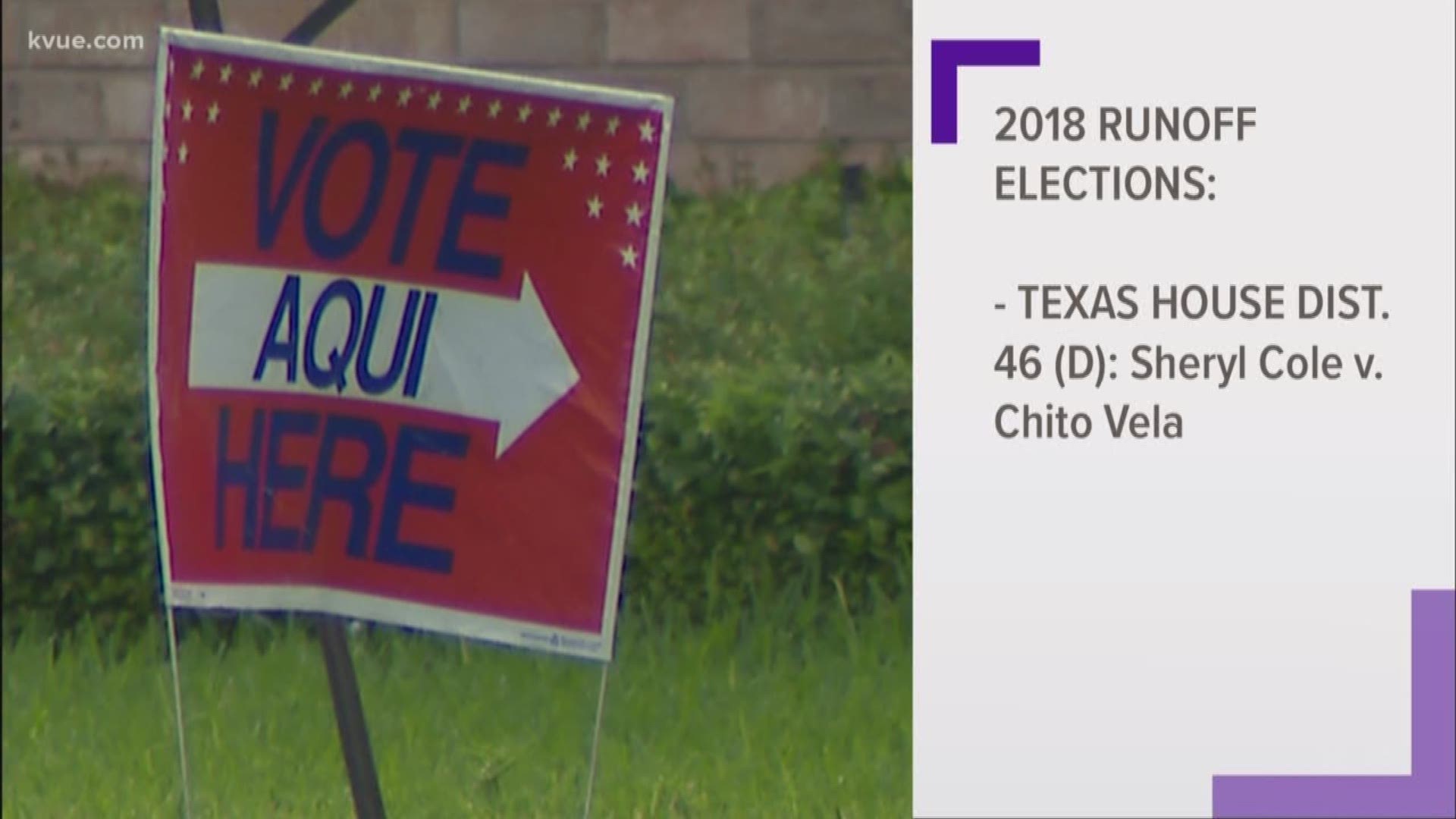 AUSTIN — Tuesday is Election Day for the 2018 Texas Primary Run-Off.

Valdez had a sizable lead during the primary, but White has raised more money and earned the endorsement of every major newspaper in the state.

Click here to watch Texas This Week with Andrew White; he also sat down with Ashley Goudeau before the March Primary

The Democrat who wins Tuesday will go head to head with Governor Greg Abbott in November.

In Austin, a lot of people are also watching the race for State Representative Dawnna Dukes' seat. The long-time incumbent fell in the primary to the former city of Austin Mayor Pro-Tem Sheryl Cole and Immigration Attorney Chito Vela.

Click here to watch the KVUE debate between Cole and Vela

Both Democrats and Republicans will elect candidates that will face off for U.S. Representative Lamar Smith's (R) seat. Smith announced he's retiring.

Texas has an open primary so voters can decide if they want to vote in the Democratic or Republican primary run-off once they arrive at the polls.

In Travis and Williamson Counties voters can cast their ballots at any polling location.

Click here for information on voting in Travis County

Click here for information on voting in Williamson County

Texas House Speaker Joe Straus released the following statement on the results of Tuesday’s runoffs for seats in the Texas House:

"I want to congratulate the candidates who won their runoffs tonight and will now head to the general election in November. They have worked hard and sacrificed much to earn these victories. Once again, Republican primary voters have shown overwhelming support for responsible candidates who will put their communities first and take a serious approach to the state's challenges. The results in these runoffs and in the March primaries clearly demonstrate that Republican voters want constructive and pragmatic leadership for our fast-growing state."