Donald Trump and Beto O'Rourke are coming to North Texas at the same time. Here's what to expect

It's the second time this year the men have held dueling political rallies in Texas. 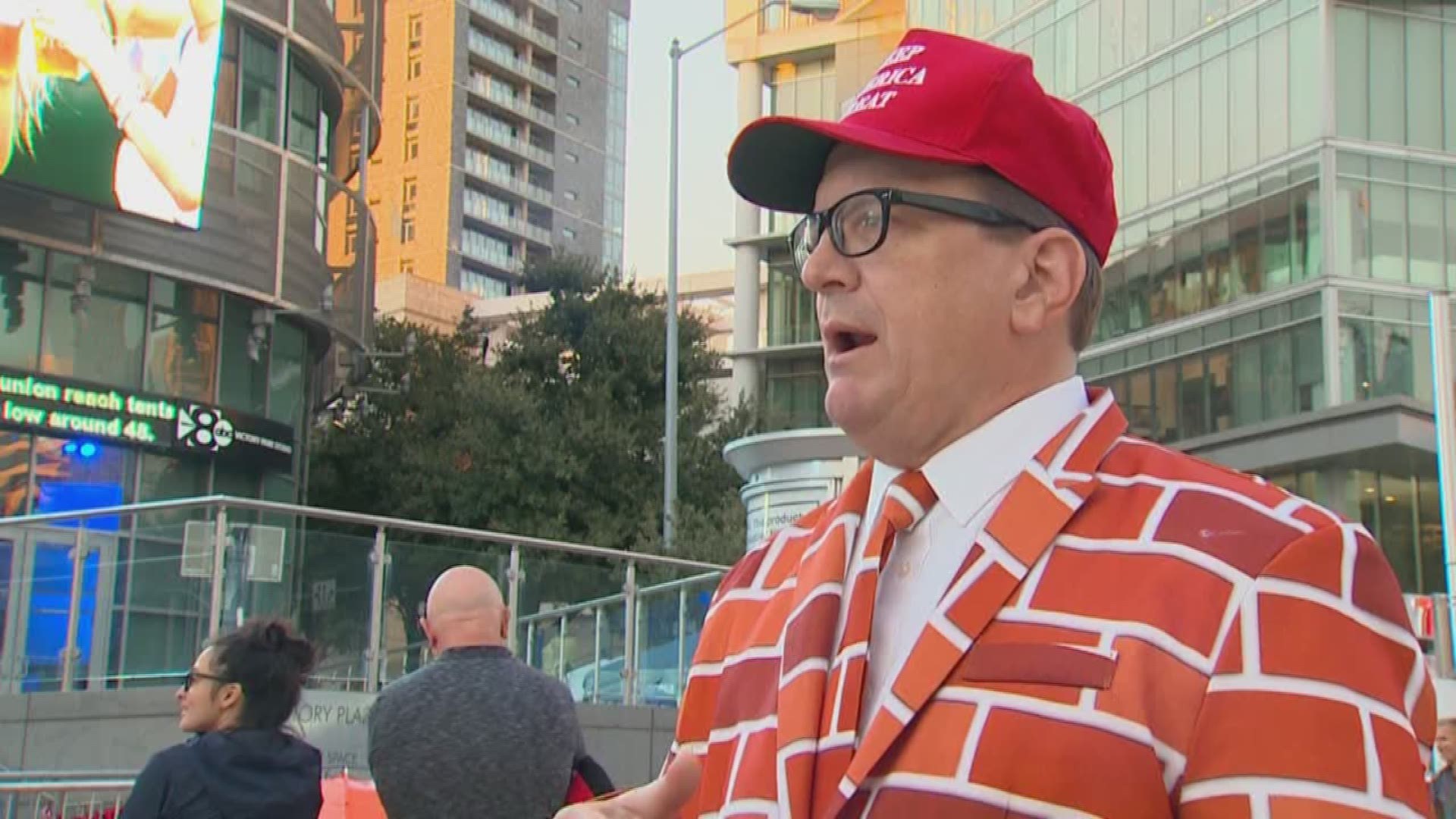 DALLAS — This story has been updated to include additional event information and interviews with Beto O'Rourke and a Trump campaign director.

For the second time in a year, President Donald Trump and Democratic presidential candidate Beto O'Rourke will hold political rallies at the same time in the same state.

Trump's "Keep America Great" function in Dallas and O'Rourke's "Rally Against Fear" event in Grand Prairie are both scheduled for Thursday, Oct. 17.

Here's what to expect:

When does each rally start?

Trump's rally will be held at the American Airlines Center at 7 p.m. Doors open at 4 p.m. Tickets can be reserved here.

O'Rourke's rally will be at the Theatre at Grand Prairie. Doors open at 6 p.m. Find out more information here.

Nearly 20,000 people are expected to attend Trump's event at the AAC. People are allowed to line up beginning at 6 a.m. Some were already camped out Wednesday.

Hundreds had gathered there by Thursday morning.

Expect heavy traffic around this area all day. So far, the following roads will be closed:

In addition, the sidewalks lining the north and west sides of the AAC will be closed to pedestrians.

Those traveling to the Theatre at Grand Prairie for O'Rourke's rally may fare better on the traffic front, as long as you beat the evening rush. We'll share any more info on road closures as it becomes available.

What will the rallies be about?

Trump's "Keep America Great" rally will focus on his initiatives for job growth in Texas during his time in office.

“President Trump looks forward to celebrating the good news of the Trump economy and the vast accomplishments of his administration with the great men and women of Texas," Donald J. Trump for President, Inc. COO Michael Glassner wrote in a news release earlier in October.

The Trump Campaign's Director of Communications Tim Murtaugh joined the Daybreak crew on Thursday morning ahead of the rally.

Murtaugh echoed that message of focusing on the economy and how it's affected people in Texas, as well as addressing the controversy surrounding Trump's withdrawal of troops from Syria.

RELATED: Senate Republicans side with Kurds in bipartisan condemnation of Trump's Syria withdrawal

O'Rourke's "Rally Against Fear" event will be in direct opposition to the president and appears to be planned in response to Trump's trip to Texas.

"It's on us to declare [Trump's] hatred, racism, and division does not belong in Texas," O'Rourke wrote in the tweet that announced the rally.

O'Rourke also joined Daybreak on Thursday ahead of his Grand Prairie rally to share his thoughts on the campaign.

He and WFAA anchor Kara Sewell addressed his stance on the Syria withdrawal, as well as other issues confronting Texas like immigration, the economy and climate change.

He also asked viewers to get involved in the campaign, whether it be through donations or volunteering, saying grassroots supporters in the metroplex helped shape his campaign during the midterms for Senate.

O'Rourke spent several minutes discussing gun control during the interview, saying everyone must acknowledge that the country has a problem with gun violence.

He reiterated his calls for universal background checks, red flag laws and buybacks of AK-47 and AR-15 rifles, while emphasizing that people could keep firearms in their homes for protection or sport, but not "a weapon of war."

O'Rourke also explained that he wanted to hold a counter-rally to Trump's to stand up for those who may feel fearful of Trump's rhetoric and policies as well as provide a place for Texans to come together to celebrate the country as Americans.

"Everyone is welcomed," he said.

Impeachment may also be a topic that both men discuss during their rallies — in September, the House Intelligence, Foreign Affairs and Oversight and Reform panels announced a subpoena of Trump's personal lawyer Rudy Giuliani for documents related to his interactions with Ukranian officials.

Trump faces an impeachment inquiry after Speaker of the House Nancy Pelosi formally started that process last Wednesday over allegations that Trump pressured the leader of Ukraine to investigate Joe Biden's family.

We'll be at both rallies and will have updated coverage online and on WFAA Channel 8.