Texas Attorney General Ken Paxton has vowed to fight the lawsuit in court. 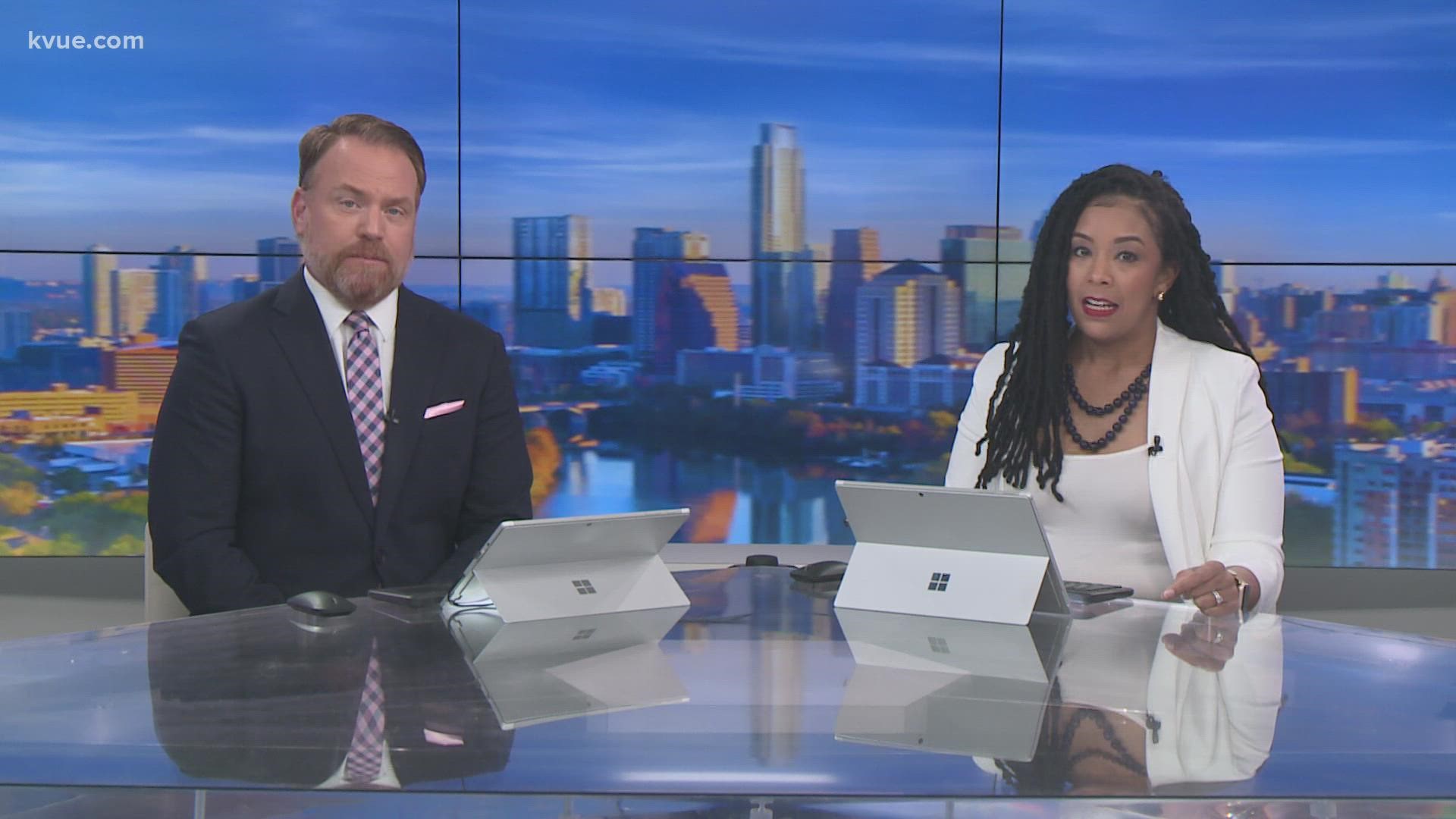 AUSTIN, Texas — The Justice Department has moved forward on its legal threat against the State of Texas and Gov. Greg Abbott, filing a new lawsuit challenging an executive order signed by Abbott this week that aims to restrict the transportation of recently arrived migrants in the state.

The department has also filed an emergency motion for a temporary restraining order to immediately prevent Abbott's order, which would have Texas DPS officials stop any vehicle upon reasonable suspicion that they're transporting migrants, from going into effect.

"The executive order violates the Supremacy Clause and causes injury to the United States and to individuals whom the United States is charged to protect, jeopardizing the health and safety of noncitizens in federal custody, risking the safety of federal law enforcement personnel and their families, and exacerbating the spread of COVID-19 in our communities," the department says in its lawsuit. "The executive order obstructs the Federal Government’s arrangements with nongovernmental partners and directly interferes with the administration of federal immigration law. This Court should declare the executive order to be invalid and enjoin its enforcement."

Abbott issued the executive order on Wednesday, restricting ground transportation of migrants who he says pose a risk of carrying COVID-19 into Texas communities.

Abbott’s order directs the Texas Department of Public Safety to stop “any vehicle upon reasonable suspicion of such violation” and reroute them back to their point of origin or point of entry. It gives DPS the authority to impound a vehicle that violates the order.

It invokes the Trump-era Title 42 rule that allows those migrants to be expelled to Mexico. President Joe Biden has kept that policy in place.

By specifically noting “no person other than a federal, state, or local law enforcement official, shall provide ground transportation to a group of migrants who have been detained by CBP for crossing the border illegally or who would have been subject to expulsion under the Title 42 order,” the order targets groups such as Catholic charity services. It would affect the transport of migrants from a shelter to a quarantine hotel.

U.S. Attorney General Merrick Garland wrote a letter to Abbott on Thursday, calling the order “both dangerous and unlawful.” He said the order would jeopardize the health and safety of migrants in federal custody, federal law enforcement personnel and their families.

“Among other harms, the Order would exacerbate and prolong overcrowding facilities and shelters and obstruct the federal government's arrangements with state, local, and non­governmental partners to ensure that released individuals are transported for appropriate COVID-19 testing to address public health concerns,” Garland said. “Additionally, because federal law requires individuals processed for release to appear before immigration courts or report to U.S. Immigration and Customs Enforcement offices throughout the country, the Order di­rectly interferes with the implementation of federal immigration law.”

Texas Attorney General Ken Paxton has vowed to fight the lawsuit in court.

“Mere moments ago, the Feds sued Texas, demanding the Order be thrown out,” Paxton said in a statement on Friday afternoon. “Not on my watch! Texas won’t back down. I will defend Gov. Abbott’s order in court and we will work together to keep President Biden out of Texas’s business.”

My statement regarding the Biden Administration’s just-filed lawsuit against the State of Texas ⬇️ pic.twitter.com/1pzTB6RUNy

Following the announcement of the lawsuit, Abbott issued the following statement:

"As the Governor of Texas, I have a responsibility to protect the people of Texas – a responsibility that grows more urgent by the day while the Biden administration sits on the sidelines. I take very seriously my duties and responsibilities as the governor of the state of Texas. I have the authority, and duty, under the constitutions of the United States and of Texas to protect Texans and our nation. I also have the authority under long-established emergency response laws to control the movement of people to better contain the spread of a disaster, such as those known to have COVID-19. My duty remains to the people of Texas, and I have no intention of abdicating that.

"Until President Biden and his administration do their jobs to enforce the laws of our nation and protect Americans, the State of Texas will continue to step up to protect our communities and uphold the rule of law."

According to Abbott’s order, U.S. Customs and Border Protection has recently seen a 900% increase in the number of migrant detainees who tested positive for COVID-19 in the Rio Grande Valley.

However, it’s unclear the effect border crossings have had on COVID-19 cases in Texas. While the U.S.-Mexico border is closed to “non-essential” travel through August, the U.S. continues to allow millions of people to cross the border weekly. KVUE has reached out to the Governor’s Office to confirm the data it used to make the decision for the executive order.

The delta variant is already present in Texas and the U.S., and according to the CDC, it is believed to be the dominant strain nationwide. The latest per capita data of daily new confirmed COVID-19 cases show the U.S. with higher daily case counts than Mexico and South America.

After the announcement on Wednesday, the Mexican American Legislative Caucus (MALC) issued a statement, saying Abbott was "using the pandemic as an excuse to advance his anti-immigration agenda." MALC accused the governor of giving more power to law enforcement to racially profile people of color.

"Blaming the current coronavirus surge on immigrants in his executive order is a flagrant attempt to absolve his ineffective leadership that ultimately led to the unnecessary loss of life of our fellow Texans,” said State Rep. Rafael Anchía, chair of MALC. "Gov. Abbott is unwilling to take even simple steps to keep our kids safe as parents are dealing with gut-wrenching decisions to send their kids back to school next month."

Trump's tax returns must be released to Congress, DOJ says 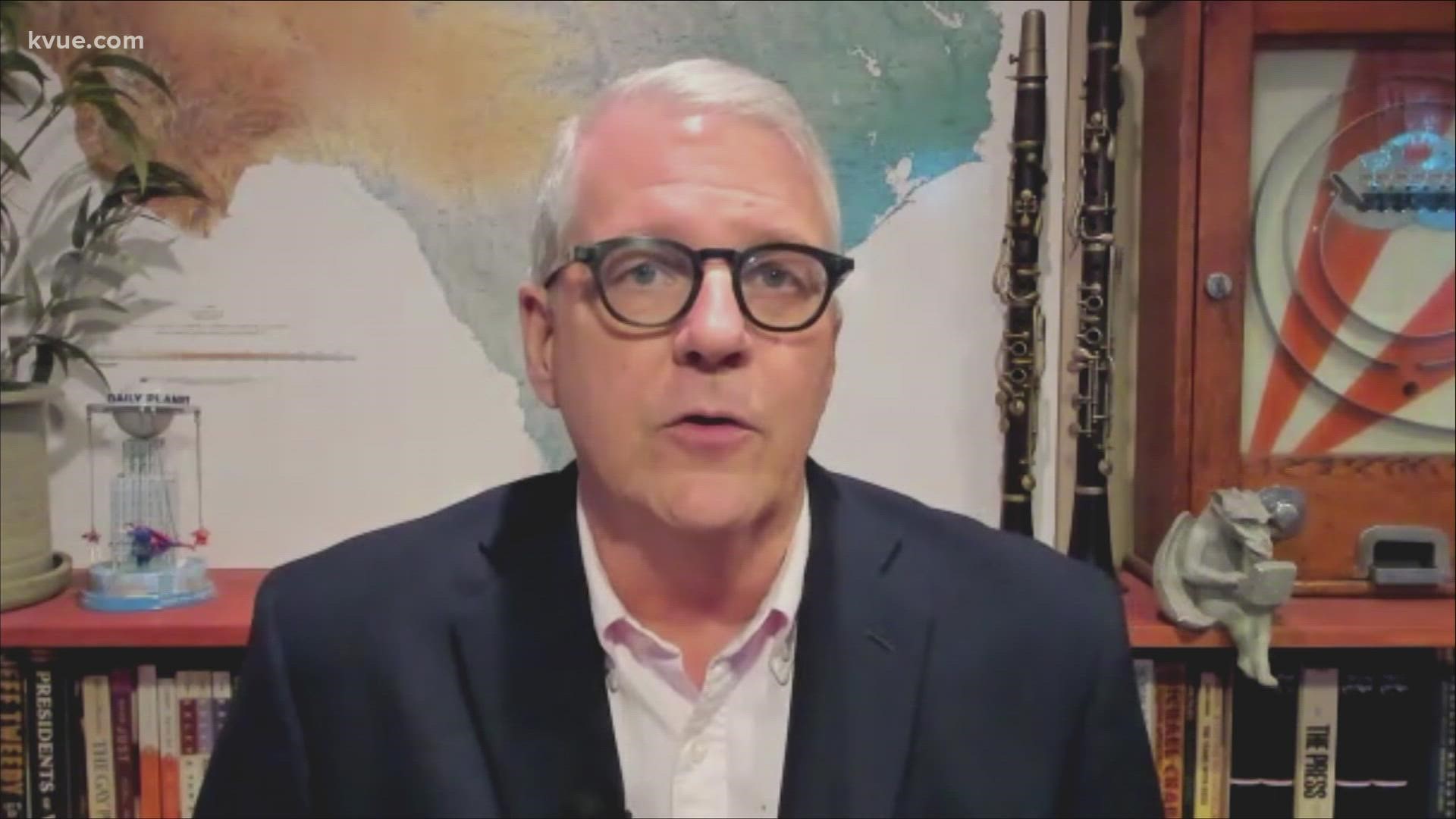