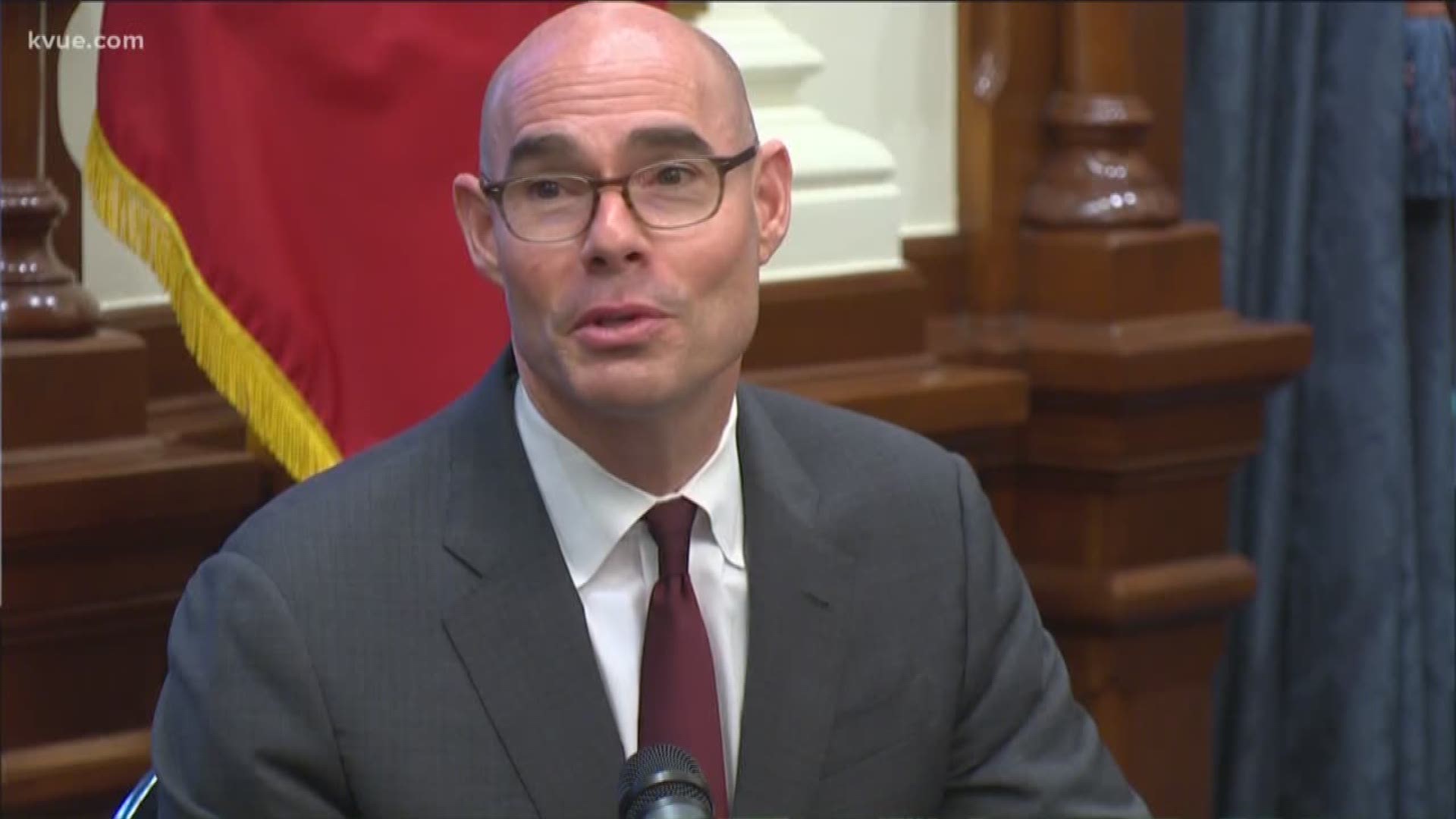 AUSTIN, Texas — Following the release of a secret recording between Speaker of the Texas House of Representatives Dennis Bonnen (R-Angleton) and the CEO of conservative group Empower Texans, the Speaker announced on Oct. 22 that he will not seek re-election.

Bonnen said in a statement to the media Tuesday that, "It is clear that I can no longer seek re-election as State Representative of District 25, and subsequently, as Speaker of the House."

"I care deeply about this body and the work we have accomplished over the years, namely, the outstanding success we achieved in the 86th Legislature," Bonnen wrote. "My below colleagues have made clear that it is in the best interest of both myself and the House to move on, and I thank them for the respectful and thoughtful way in which they have convinced me to do so."

He then listed the names of 43 Republicans lawmakers; there are 83 Republicans currently serving in the Texas House of Representatives.

The announcement comes just days after the House Republican Caucus held a retreat in Austin where the secret recording was a major topic of discussion.

During the meeting, Bonnen offered Sullivan media credentials for his organization, with access to the floor of the House during the next session, if Sullivan's Political Action Committee agreed to target a list of 10 GOP lawmakers in the 2020 election.

Sullivan wrote an article about the meeting and eventually released the full recording on Oct. 15, two days before the Republican Caucus retreat. After their Friday meeting, the caucus released a statement condemning Bonnen's statement. Then, a small but growing number of Republican lawmakers called on Bonnen to resign.

On Monday, five top Republicans in the House denounced their support for the Speaker, writing in a statement, "Leadership change is necessary."

Still, Bonnen's announcement came as a surprise to most on Tuesday – including Sullivan.

"We should not mistake, this is a sad thing for Texas," Sullivan told KVUE.
"Public corruption, lack of public ethics, those are not things to rejoice about. When a member of the legislature has to resign in disgrace, that's not a good thing."

Meanwhile, the Public Integrity Unit of the Texas Rangers is investigating the conversation and will turn a report over to the Brazoria County District Attorney. She will determine if there was any criminal wrongdoing.

The Texas Democratic Party filed a lawsuit against Sullivan shortly after news of the conversation was made public. After Bonnen's announcement, the Texas Democrats announced it was dropping that lawsuit.