Bonnen made the announcement at a press conference in the Capitol. 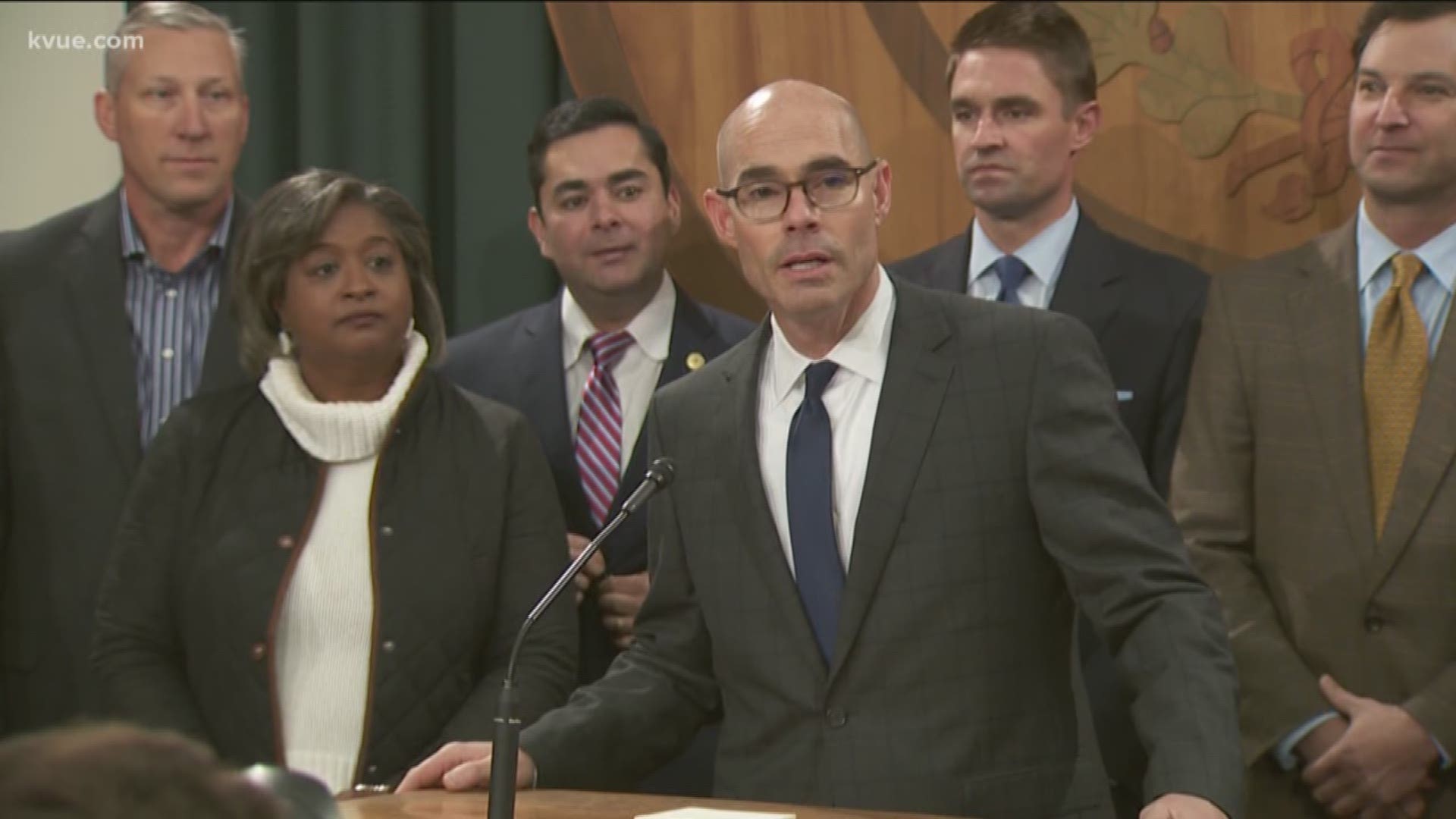 THE TEXAS TRIBUNE -- State Rep. Dennis Bonnen announced Monday that he has support from 109 members to become the next speaker of the Texas House. That number, if it holds, is more than enough votes for him to win the gavel.

The Angleton Republican’s announcement comes after four other speaker candidates — Republicans Tan Parker, Four Price and Phil King, along with Democrat Eric Johnson — dropped out of the race in the last 48 hours. All four endorsed Bonnen upon removing their names from consideration.

“We are here to let you know the speaker's race is over, and the Texas House is ready to go to work,” Bonnen said at a news conference at the Texas Capitol Monday afternoon.

To be clear, Bonnen needs to retain at least 76 supporters until the full 150-member chamber votes on a new speaker. That floor vote will happen on the first day of the Texas legislative session in January. In the meantime, the GOP caucus, which makes up a majority of members, is set to meet Dec. 1 to rally around its preferred speaker candidate. The Democrats, who will likely hold 67 seats next session, are also trying to stay united in hopes of influencing the vote.

Bonnen, who has been in the House since 1997, is chairman of the tax-writing Ways & Means Committee. His older brother is Republican state Rep. Greg Bonnen of Friendswood.

If he succeeds in the speaker’s race, Dennis Bonnen will replace San Antonio Republican Joe Straus, who announced in Oct. 2017 that he wasn’t seeking re-election this year. Bonnen was considered a top Straus lieutenant in recent sessions.