President Trump officially announced his campaign for re-election back in June. 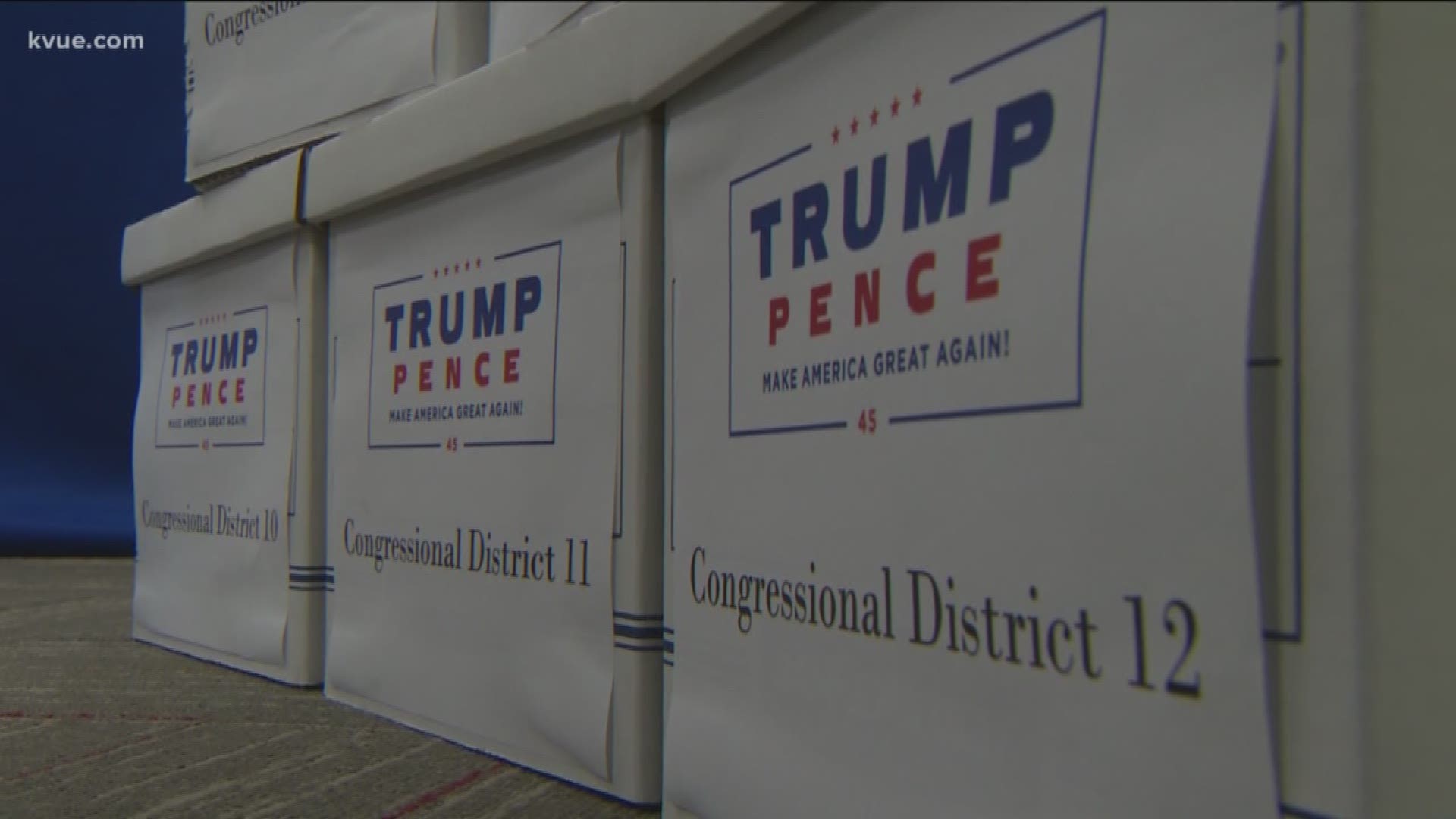 AUSTIN, Texas — President Donald Trump is running for re-election to keep his seat in the White House, and Lt. Gov. Dan Patrick is doing his part to make sure he is on the Texas ballot.

On Tuesday, Patrick filed the paperwork needed for President Trump to appear on the Texas March 3 primary ballot at the Texas Republican Party headquarters. He stood in front of three dozen boxes that he said contained nearly 15,000 signatures of Texans who support the president's re-election.

Patrick said President Trump has done more for the State of Texas in the wake of a natural disaster than any other president and that his impact on the state reaches beyond Hurricane Harvey recovery.

"We've created over 800,000 new jobs in Texas since he's become president," Patrick said. "Our unemployment rate is at a historic low, 3.4%, and our economy is, actually on the last quarter stats, is No. 1 in America."

Patrick believes Texas voters will support President Trump in 2020 by an even larger margin than his nine-point win in the state in 2016. And as for all the talk of Texas being a battleground state, Patrick said that isn't the case.

"[It's] wishful thinking on the parts of Democrats," Patrick said. "We've heard that for more than 20 years. They continue to spend millions of dollars to put up candidates who make big promises and fall short at the ballot box. So, we're not a purple state."

President Trump himself echoed those sentiments at a rally in Dallas back in October, telling the crowd Texas is not in play.

He believes all of the president's visits to Texas this year show he's concerned about dwindling support.

"What the numbers show over the past 15 years is that Democrats have picked up 1.5 million new votes while Republicans have picked up 150,000," Espinoza said. "And the last election was a 200,000 vote margin, which in Texas is tiny."

President Trump officially announced his campaign for re-election back in June during a rally in Florida.

Meanwhile, the House impeachment report involving the current president was released to the public on Tuesday, after lawmakers got the first look Monday behind closed doors ahead of the judiciary hearing. President Trump has maintained that he did nothing wrong.

During a tour of an Austin Apple facility on Nov. 20, President Trump addressed the impeachment inquiry, calling it a "hoax."

According to a poll conducted by the University of Texas and The Texas Tribune back in November, none of the top Democrats seeking the presidential nomination would beat President Trump in Texas. That poll found that while Trump did well against those Democrats, he's not doing as well when voters were asked if they will vote for his re-election.