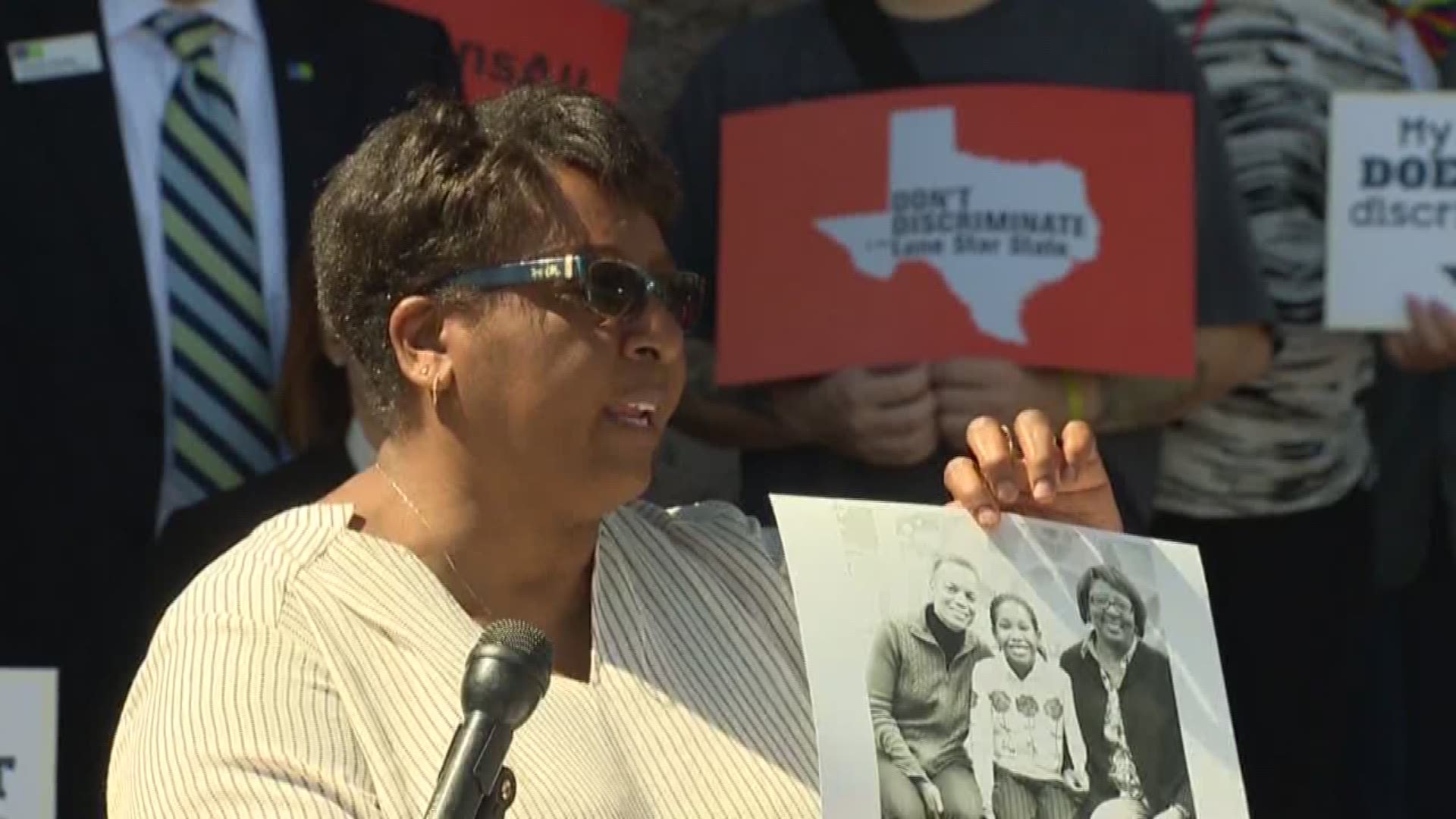 The American Civil Liberties Union and Texas Freedom Network held a rally at the Capitol Wednesday to bring attention to 17 bills that they say will legalize discrimination against LGBT Texans under the guise of religious freedom.

The organizations laid out the following concerns with the bills:

Representative Eddie Rodriguez (D) of Austin agreed with the organizations.

"We run the risk basically, of codifying discrimination. And that's what we can't abide by. We have to stop it right now, with these bill," Rodriguez said.

The ACLU also said Texas doesn't need these laws because religious liberty already exists through the Texas Religious Freedom Restoration Act but supporters of the bills say people shouldn't be forced to do things they are morally opposed to.

Two of the bills, HB 3859 and SB 522, are scheduled for committee hearings this week.