Gov. Abbott is putting pressure on the City to change its homeless ordinances – but this isn't the first time state leaders have targeted the City for its policies. 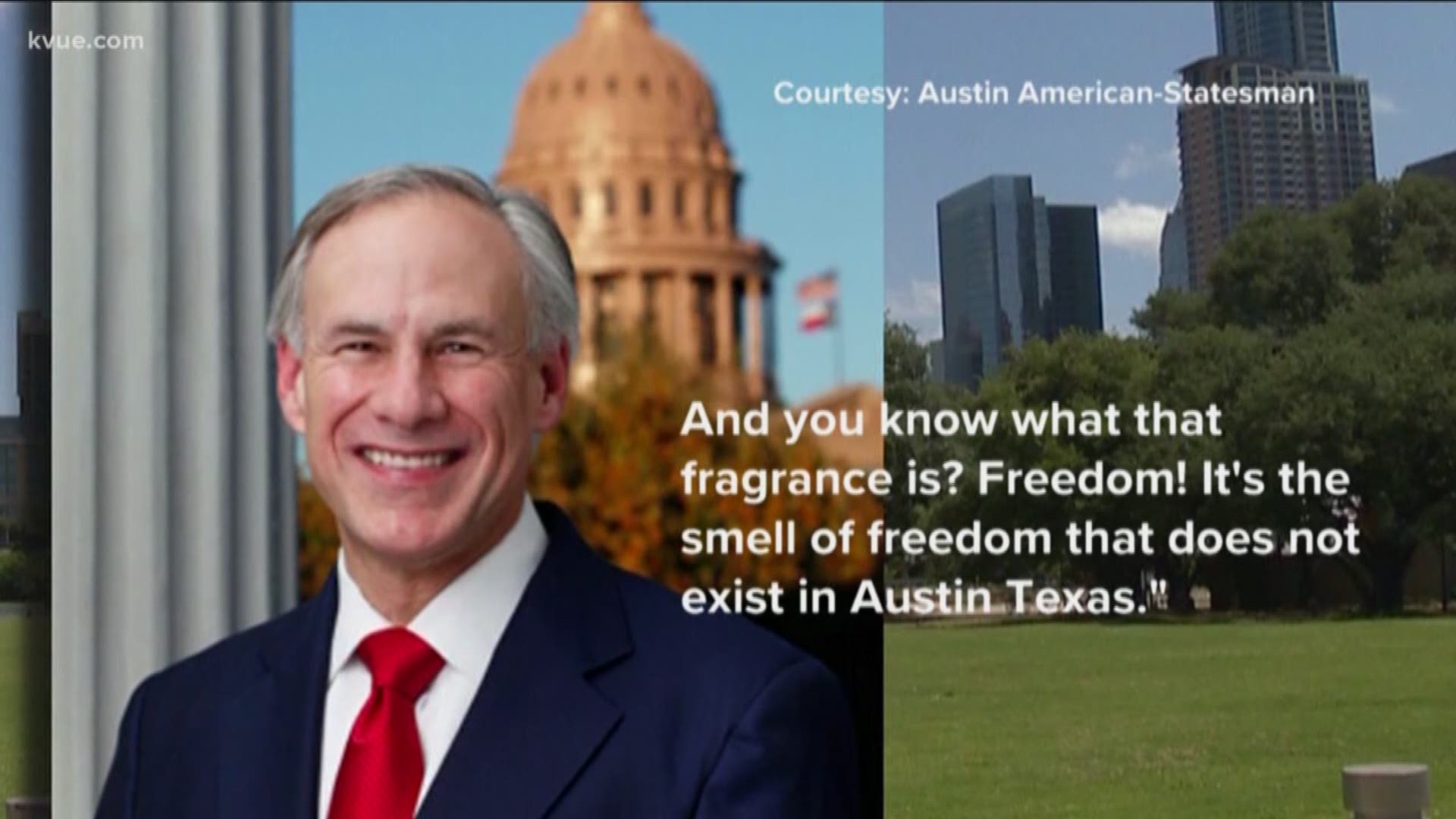 AUSTIN, Texas — This week, Governor Greg Abbott sent a second letter to Austin Mayor Steve Adler, calling on the City of Austin to go back on its homeless ordinances.

This comes after Gov. Abbott sent a letter earlier this month, threatening to get state agencies involved if the homeless issue in Austin isn't improved by Nov. 1.

But this isn't the first time state leaders have targeted the City for its policies.

Gov. Abbott, in particular, doesn't always have nice things to say about the way Austin's leaders run the city. Take his 2017 comments to a group of Bell County Republicans:

"When you leave Austin and start heading north, you start feeling different. Once you cross the Travis County line, then it starts smelling different. And you know what that fragrance is? Freedom! It's the smell of freedom that does not exist in Austin, Texas," the governor said.

The red state and blue city have faced off many times over the years, through new laws and court battles.

In 2012, Austin became the first large city in Texas to ban plastic bags. Lawmakers at the Capitol tried – more than once – to overturn the ordinance and failed. But the state Supreme Court ruled a similar ban in Laredo was illegal – effectively ending Austin's.

In 2017, a new law championed by Gov. Abbott threw out Austin's rules requiring fingerprint background checks for rideshare drivers. That was also the year the state banned so-called "sanctuary cities" because Austin became one.

And just this year, Gov. Abbott signed a law banning cities from having any transactions with abortion providers. The City of Austin lets Planned Parenthood lease a building where no abortions are performed for $1 per year. Despite the new law, that agreement will continue through the end of the contract in 2039.

"I don't understand a lot of folks that look at Washington and say, 'Let us have local control at the state level' and then turn around and would deny cities the ability to have that same kind of local control," Mayor Adler said.

From paid sick leave to trees to short-term rentals, there are many more examples of clashes between City and State. Homelessness is just the latest issue to be added to the list.