But there's only a week left for the San Antonian to meet the requisite polling numbers. 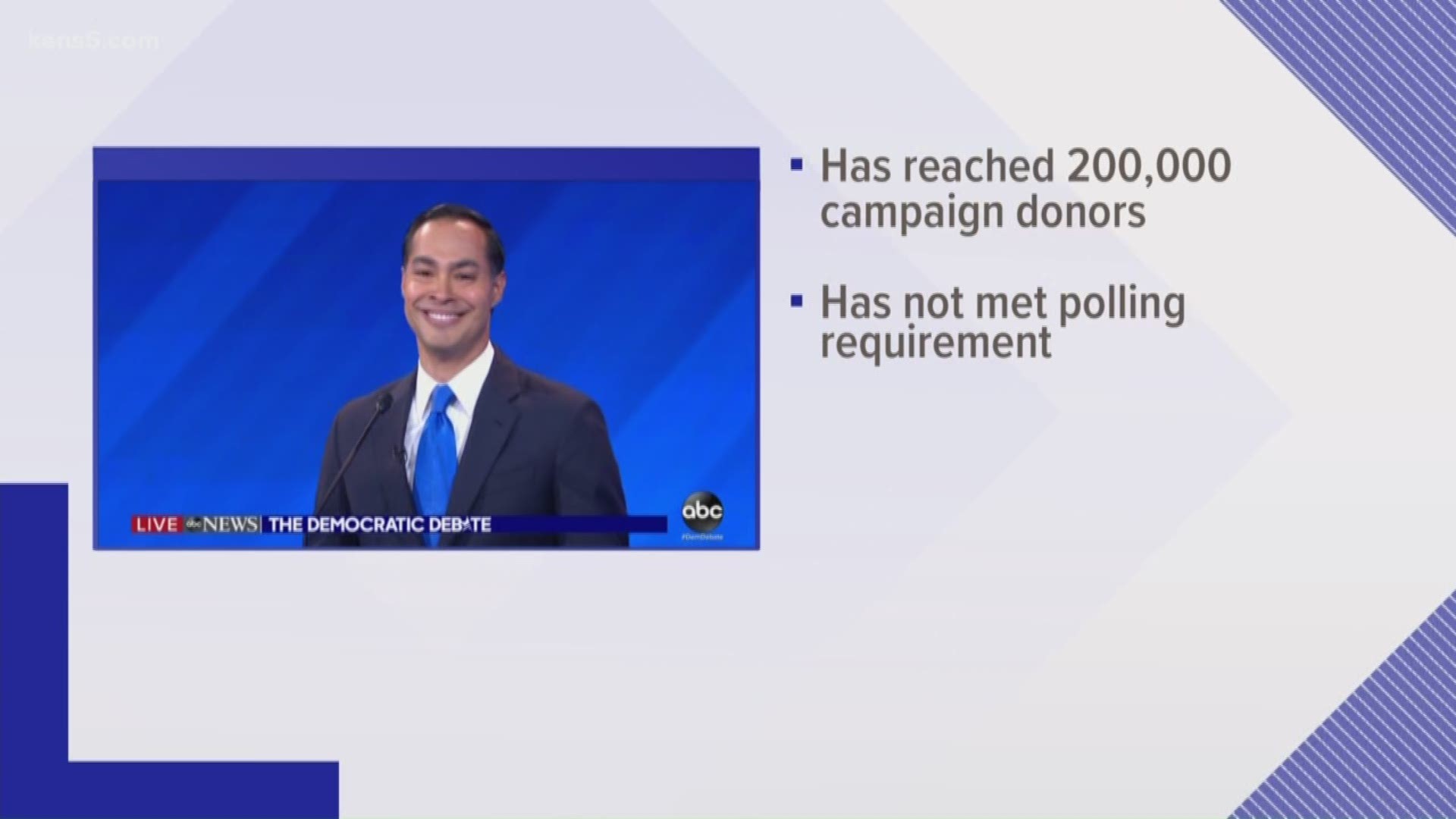 SAN ANTONIO — With just a week to go until the deadline, Democratic presidential hopeful – and native San Antonian – Julián Castro's campaign says it has accrued enough donors to qualify for the December DNC debate, scheduled for Dec. 19 in Los Angeles.

But that 200,000 donor threshold is just half the battle.

"There's one other threshold—and that's the polling threshold," Castro said via social media on Thursday afternoon. "We need to marshal the resources necessary so we can move up in the polls."

According to CBS, candidates hoping to participate in the Dec. 19 debate must be polling at least 4% in a minimum of four national or early-state polls, or 6% in two early-state polls. Both the donor and polling thresholds for the sixth DNC debate this month are increased figures over November; candidates have until 11:59 p.m. on Dec. 12 to meet the requirements if they hope to take the state in LA.

RELATED: Biden's top 2020 rivals not rushing to his defense in Trump-Ukraine case