In a video posted to Twitter, Gov. Kate Brown said refugees will not be turned away. 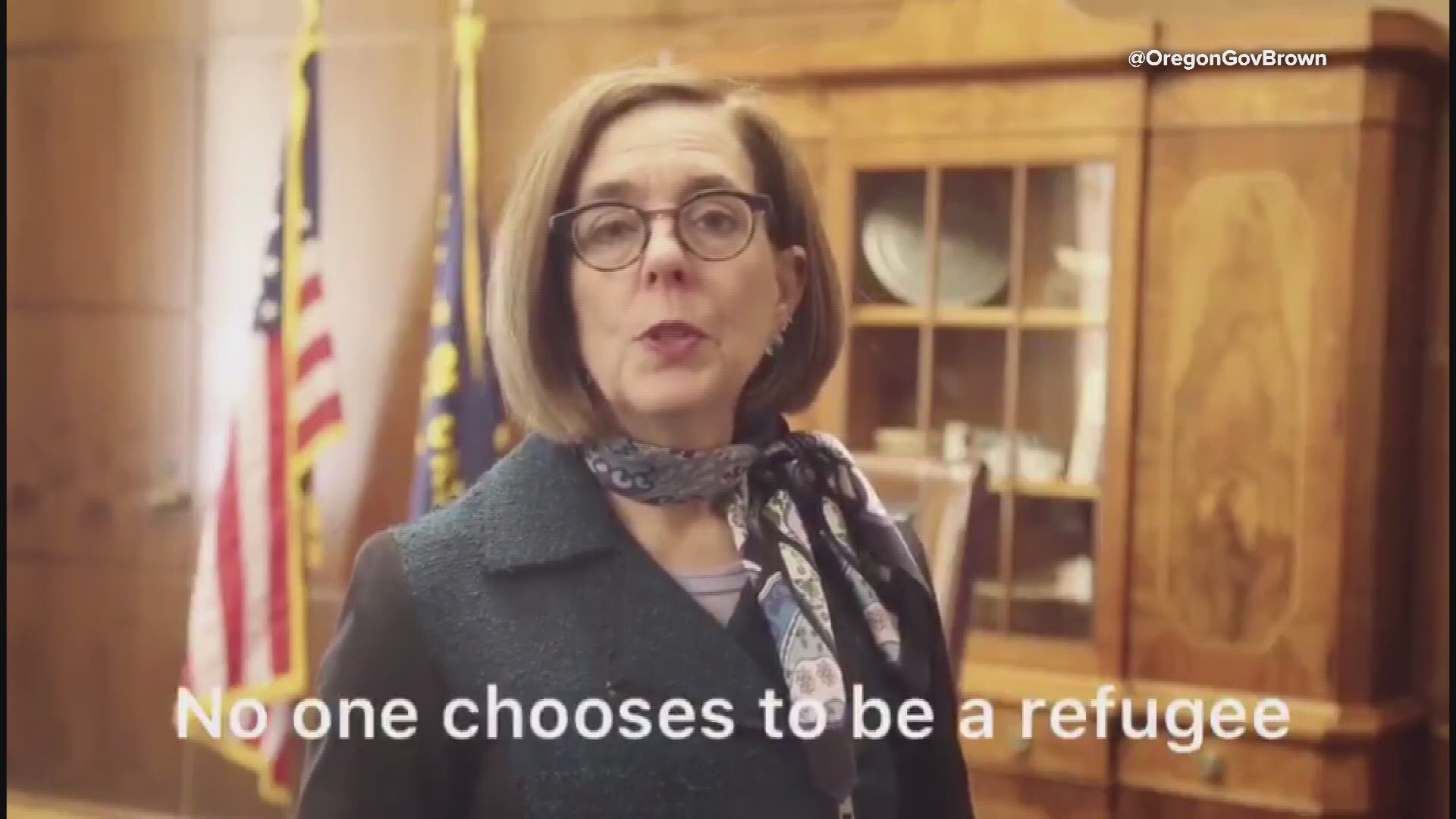 Brown said in a video posted Monday on Twitter that refugees are welcome in Oregon, and noted that it is a sanctuary state.

The Democratic governor said resettlement is a lifeline that America provides to the world's most vulnerable refugees.

If a state or locality has not provided consent, then refugees would not be resettled there except for under special circumstances.