House Bill 1186 was filed on what is known as Confederate Memorial Day in Texas. 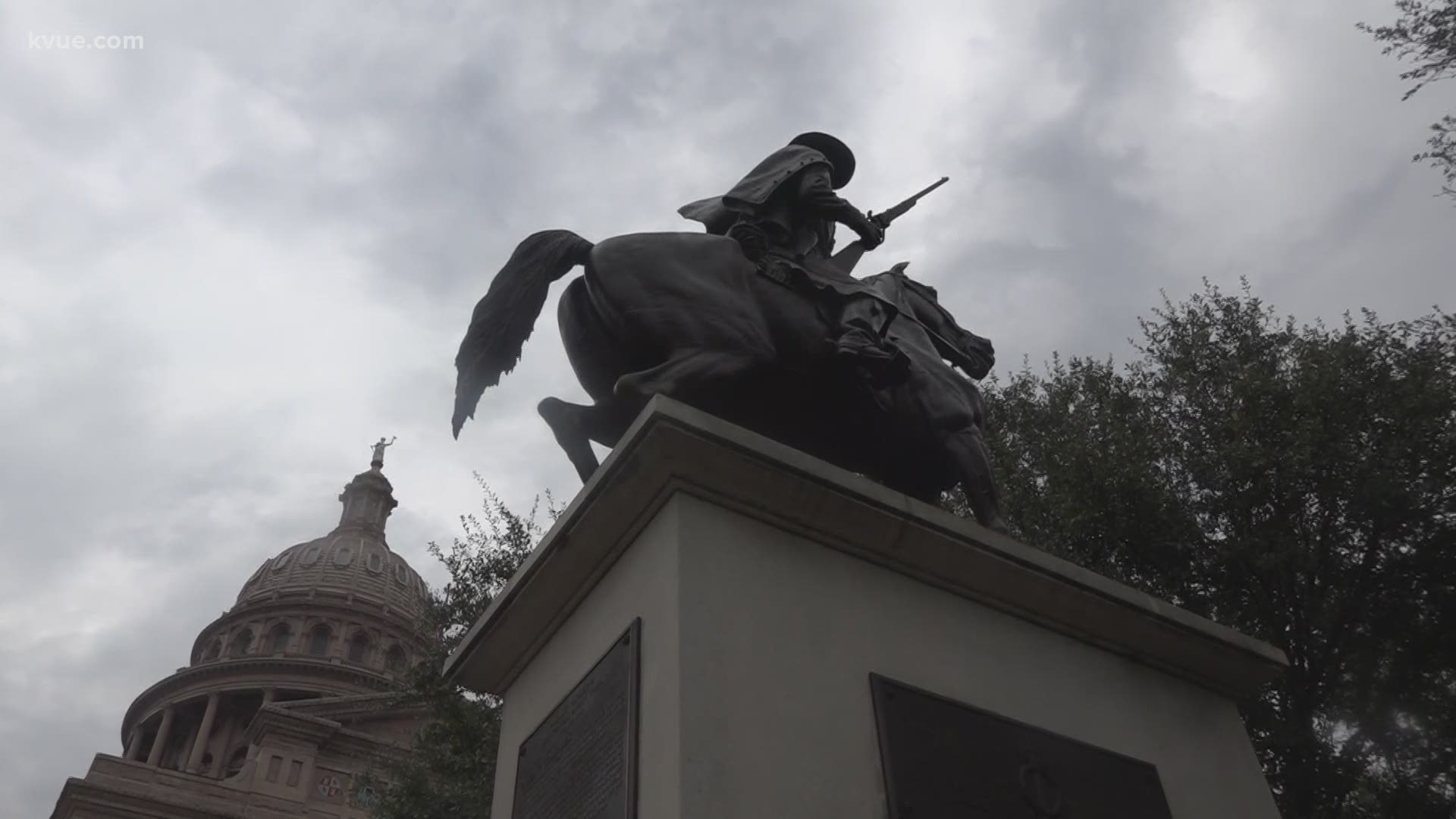 House Bill 1186 would remove Confederate monuments, memorials and statues from the grounds in Austin, as well as rename the John H. Reagan State Office Building.

"Confederate monuments have and continue to be a symbol of racism, oppression, and slavery," said Anchía. "They are divisive and perpetuate White supremacy, the concept that one race is above all others. These monuments and memorials in and around our Capitol dishonor and insult the many representatives, staff and visitors who are descendants of slaves. The Texas Capitol is a symbol of solidarity, as lawmakers from various backgrounds and perspectives come together to create change for our communities. The presence of Confederate memorials on the Capitol grounds undermine the unifying work that lawmakers strive to undertake."

RELATED: After a year of racial reckoning, Black lawmakers believe they can finally eliminate Confederate Heroes Day in Texas

HB 1186 directs the State Preservation Board to remove these items from public display:

If passed, the Reagan building would be renamed the Jackson-Webber State Office Building, after Nathaniel Jackson and John Ferdinand Webber, abolitionists who helped slaves escape from Texas to Mexico via the "Underground Railroad to Mexico."

"Although we cannot change, nor should we deny, the history of our nation, we can move forward and continue to promote a society that is accepting and inclusive of all individuals from across the state," said Rep. Anchía.

Rep. Anchía told KVUE in a separate interview this week that if the bill passes, it's a step forward.

"That narrative must end. And by removing Capitol monuments and other memorials, I think it's a step in the right direction," he said. "We have reached a moment whether it's Democrats who are wanting to affirm this discussion that we're having nationwide on social justice or Republicans who were the party of Lincoln who can rise to the occasion. The timing must be right."

Political experts like Ross Ramsey, the executive editor of the Texas Tribune, said its an issue that's gained traction over the years.

"The last big round in the Texas Capitol was a plaque that was removed after a bunch of insistence and a lot of red tape and bureaucracy at the behest of Eric Johnson, who was then a member and is now the mayor of Dallas," Ramsey said. "There have been a couple of attempts to remove or change the wording on some of the statues around on the campus of the state Capitol, really to no effect. But we've got another attempt this year. We've got some new impetus for this kind of legislation and we'll see if they get any further this time."

In 2019, the Texas Senate initially passed Senate Bill 1663, which was a bill that would make it harder to remove historical monuments from the Texas State Capitol grounds and building. According to our media partners at the Austin-American Statesman, it did not get voted on in the House.

Elsewhere, in places like Bastrop County, County Commissioners voted to remove and relocate two Confederate monuments that sit outside of the county courthouse.

A committee was formed to raise the money needed to complete the project, as well as seek out viable locations.

Cheryl Lee, a co-chair of the committee, told KVUE on Thursday they're very close to meeting their financial goal following a fundraiser and have three viable locations for the monuments. She wasn't able to say where exactly those locations are just yet.

"We're not trying to rewrite history. That was never our goal. Our goal was we felt like where they sat on courthouse grounds was not a symbol of justice and equality for all. I'm not about tearing them down and destroying them," Lee said. "I think that we all need to just think about what they actually mean, be realistic about the narrative and the history of these monuments, and then find that they a better way to retell the story in a different space so that everyone, all sides, are comfortable with what's happening. But don't be so negative and so disagreeable that you can't come to a compromise, listen to one another work to try to get something accomplished and then repurpose the story and the right narrative."