Before Hegar takes on Cornyn, she must mend relationship with her runoff opponent

“If she wants to sit down and visit and come to an agreement on issues that I think are important then yes, I will [endorse her],” West said. 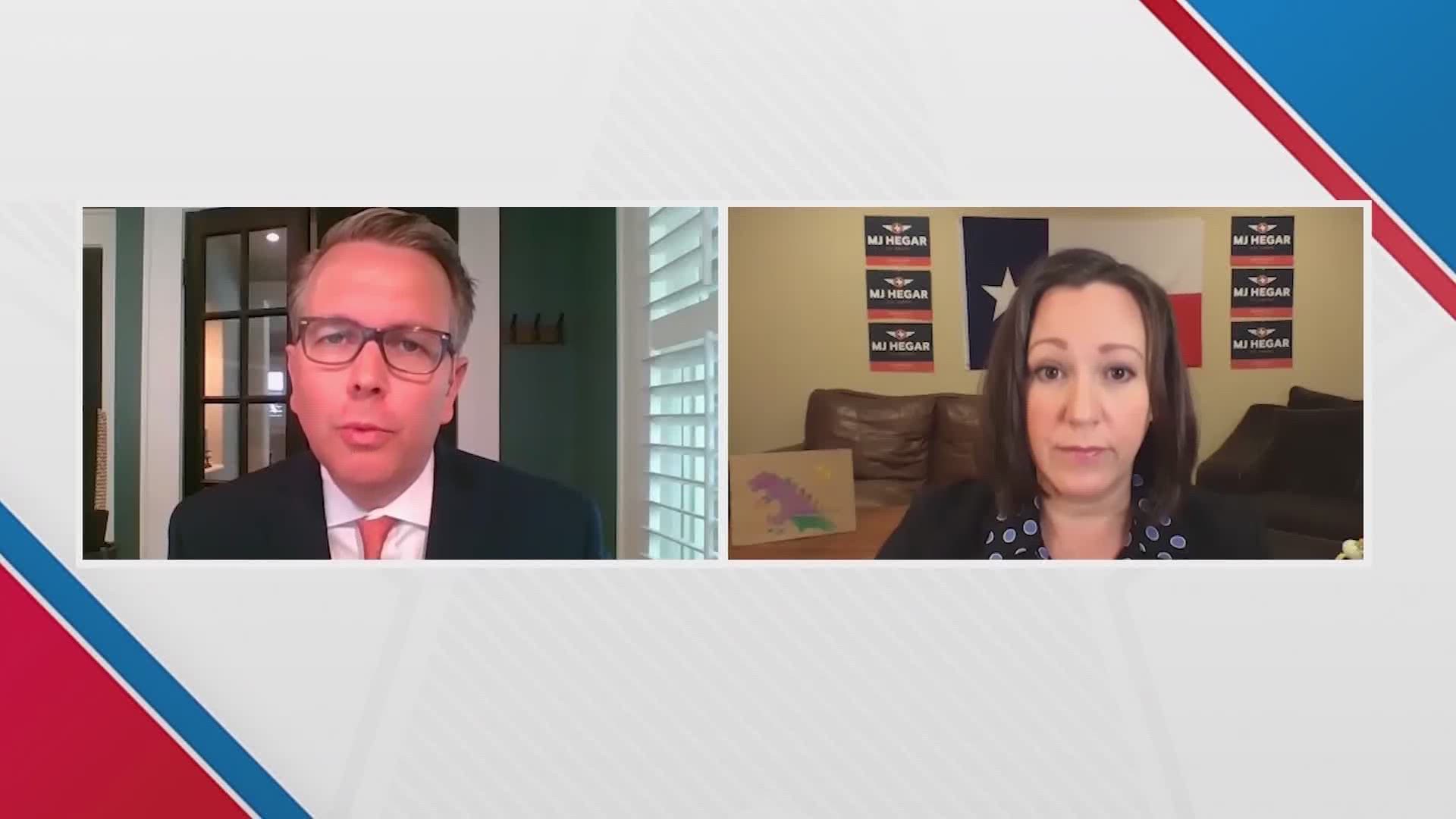 But to have a shot against Cornyn she needs to unite Texas Democrats and mend the relationship with her runoff opponent, Royce West.

In an interview for Sunday’s Inside Texas Politics, Hegar was asked whether she would ask West for his endorsement.

“We're constantly working to get great people elected up and down the ballot,” Hegar said. “Backstage of several events, Royce and I always talked about the need to come together after the, the primary and after the runoff, so I’m very confident that I’m going to do that.

But in a candid interview with WFAA Tuesday night, West said he has issues with Hegar and was not yet ready to endorse her.

“If she wants to sit down and visit and come to an agreement on issues that I think are important then yes, I will,” he explained.

When pressed, West would not say what divides them.

“I will leave it to M.J. to decide whether she wants to sit down and visit. I will voice those issues to her. After we meet, we will hopefully resolve those issues,” he added.

Hegar needs West’s support to have a fighting chance in November.

With almost no money, West still managed to get 47% of the vote Tuesday night.

With 111 days until the November election, the race underway right now is fundraising.

Cornyn has more than $14 million dollars in the bank for his re-election and Hegar has less than $2million.

“He's got definitely well-funded allies that have a very profit-driven reason to keep him in a position to keep legislating for their profit margins, but I don't think it's going to be enough,” Hegar said.

As a party, Texas Democrats are feeling pretty good on Wednesday.

Tuesday’s runoff election had the highest turnout in the party’s history; 955,000 Texans voted in the Democratic runoff even though it was pushed back to July and in the middle of a pandemic.

That huge turnout shattered the Democrats previous runoff record which was set in 1994.

Still, they will need that momentum and more to defeat Republicans here in November.