Texas Senators added a "bathroom bill" as an amendment to a piece of legislation overnight. Now the original author of the bill says he won't call it to the House floor for a vote, killing the bill. 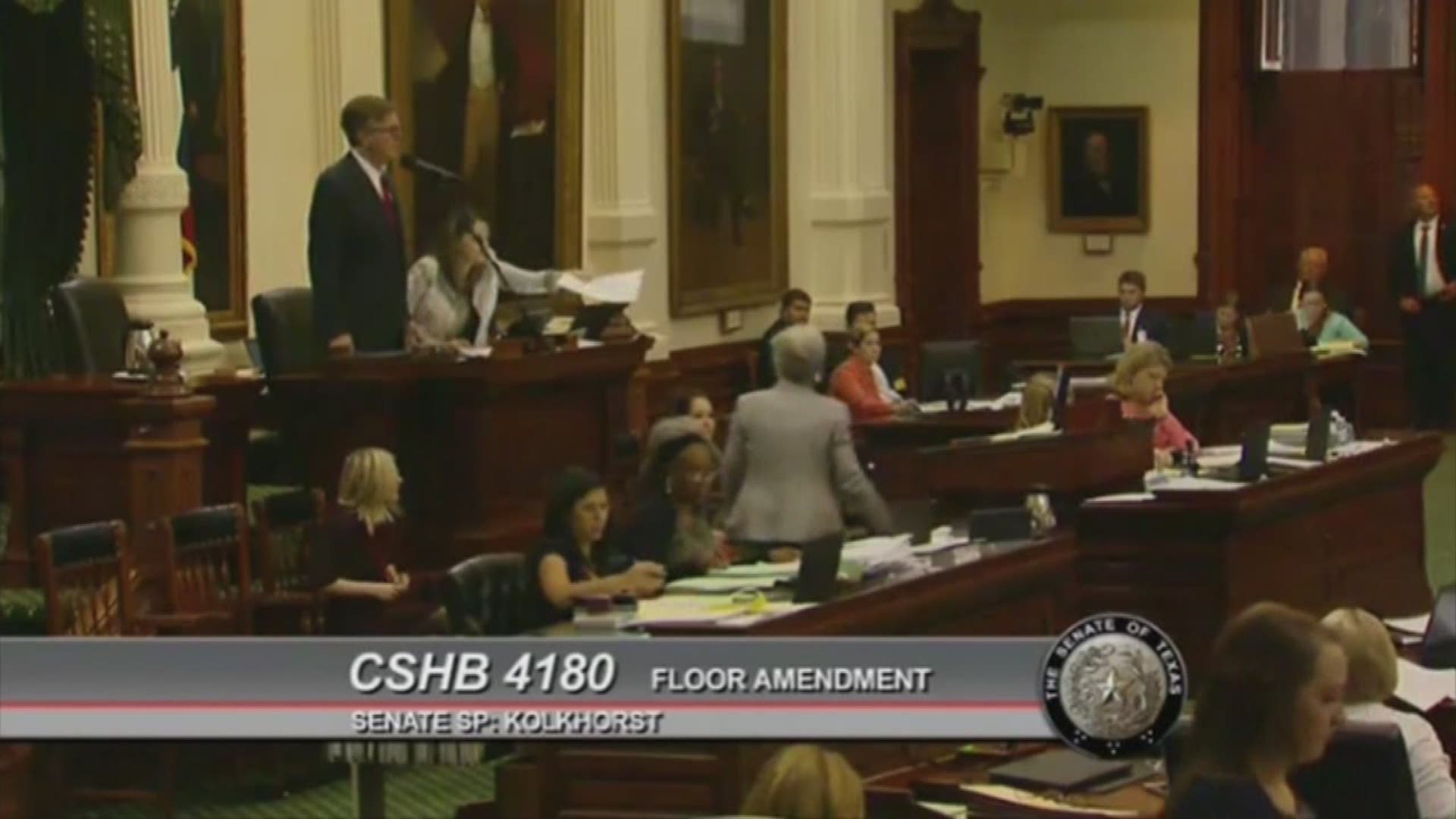 While most people were sleeping Tuesday night, the Texas Senate was working.

A little after midnight, the lawmakers were busy adding amendments to House Bill 4180. HB 4180 is a catchall bill that allows counties to continue carrying out certain duties.

Shortly after 1 a.m., Senators added language from two of the most controversial bills filed this session as amendments; Senate Bill 2 which decreases how much cities and counties can increase property taxes without an election and Senate Bill 6, commonly known as the bathroom bill.

"The privacy act," Senator Lois Kolkhorst (R-Brenham) said as she laid out the amendment. "This does not include schools. This includes government facilities."

But the amendments aren't sitting too well with the HB 4180's author, Representative Garnet Coleman.

"That is not something that I would ever pass," the Houston Representative said.

Coleman said the bill is now dead on arrival.

"The reality is it's my bill, my positions on these things are well known."

Coleman's position is against SB 2 and SB 6.

Coleman is Chair of the Committee on County Affairs. Leaders from cities and counties across the state have come out against SB 2, saying they won't be able to fund critical services to their growing communities, such as police and fire, with a cap on property taxes.

He also opposes SB 6 and said it wouldn't pass the House because that chamber doesn't pass discriminatory legislation.

"I've been dealing with the bathroom issue for a very long time," said Coleman. "I think it's discriminatory, I think it's to divide people not unite them. It is one of those things that [Lt. Governor Dan Patrick] chose as an issue because of HERO in Houston," Coleman said.

HERO was a City of Houston ordinance that would have allowed people to use restrooms according to their gender identity. Residents petitioned and overturned the ordinance with an election.

Coleman believes Patrick is behind the additions to his bill.

After all, it was just last week that Patrick said he wanted the legislation passed.

The ultimatum doesn't phase Coleman, who noted the Senate tried to add similar bathroom legislation to one of his bills last session.

"Does the Lieutenant Governor have the power to call a special session," Coleman asked sarcastically, "I've never known one that did."

Only Governor Greg Abbott can call a special session. And if he does, Coleman, who's served with Patrick for quite some time now, warns it may not end well for Abbott.

Patrick has said he does not plan to run against Abbott for Governor.

The Senate took the final vote on HB4180 Wednesday, sending it back to the House. Because Coleman is the author of the bill, he would have to call it up on the House floor for final approval; action Coleman says he will not take. 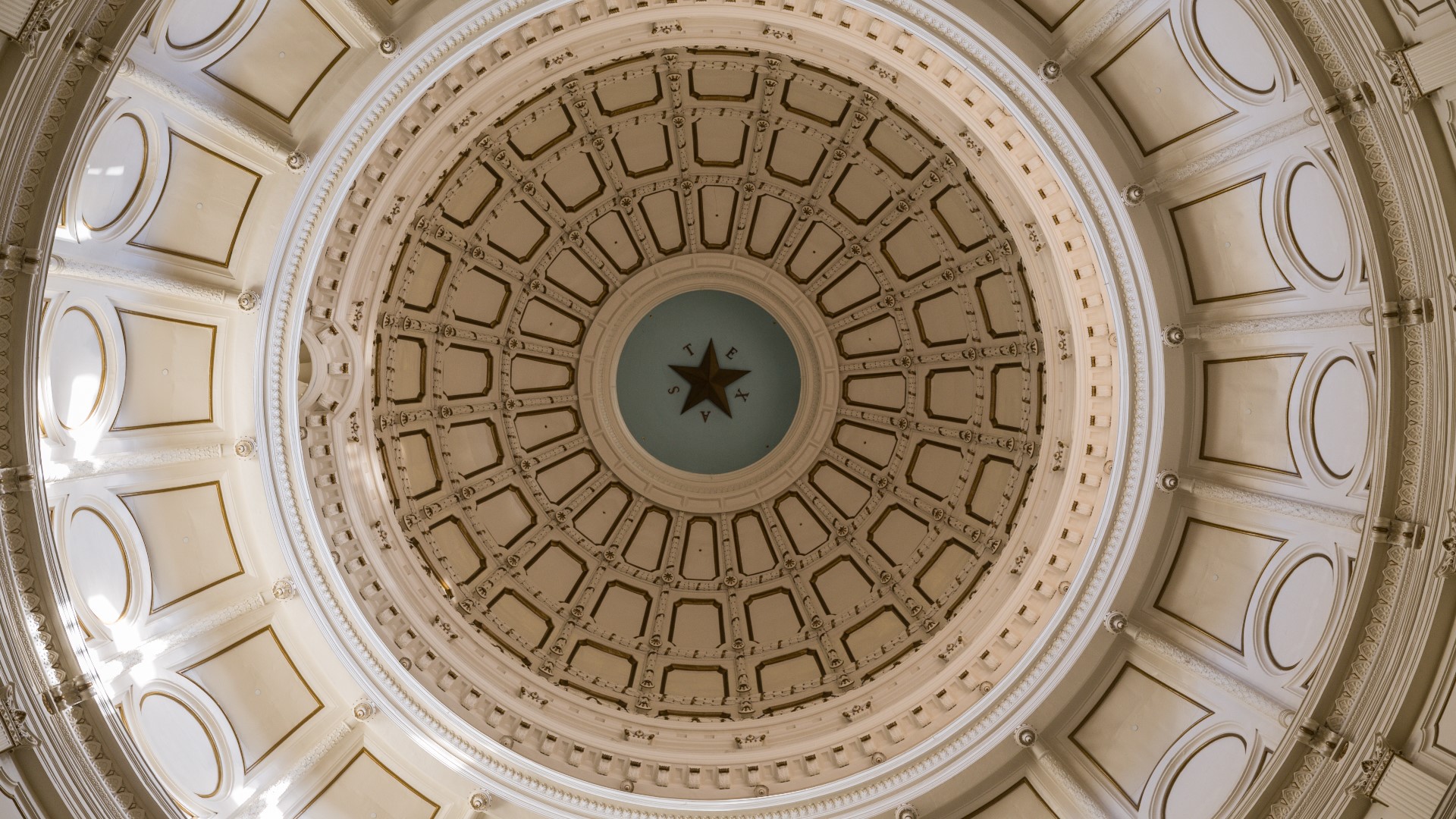