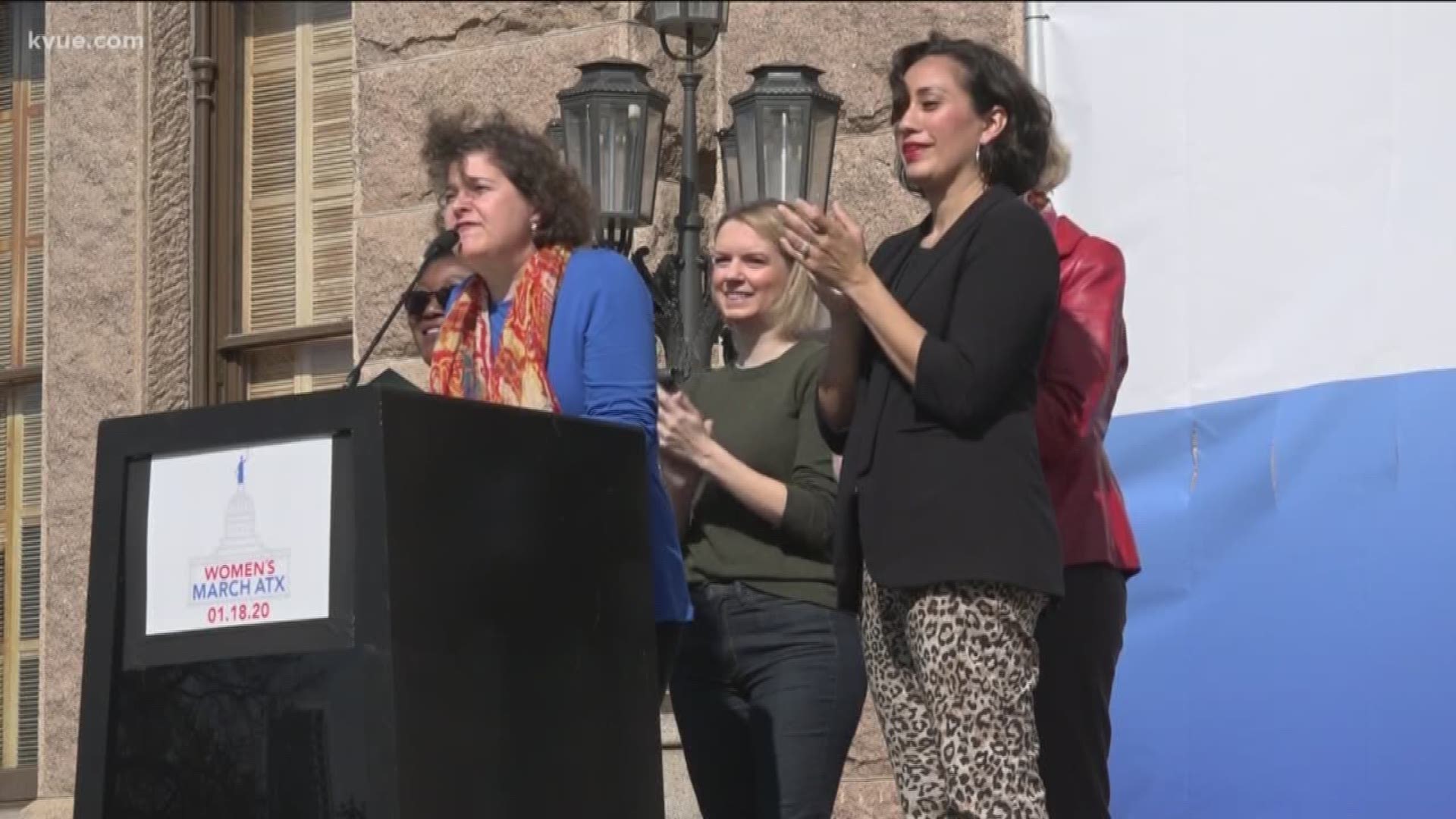 Nearly 3,500 people attended the event, according to our partners at The Austin American-Statesman.

Speakers talked about a variety of issues, from domestic violence to equal pay, but they all had one goal of encouraging others to vote.

The co-chair of the woman's march at the Texas Capitol, Lisa Traugott, said the rally is about inspiration.

"There is still a lot of voter suppression, which is an issue, and we just want to rally the vote," explained Traugott. "We want women to know that their voice is their vote, and their voice matters and their vote matters."

This year marks the 100th year of women having the right to vote, and since then women have made strides to leadership roles, even here in Austin.

While victories were celebrated, the crowd was reminded women still have challenges when it comes to equality.

"After three years of physical, verbal, physical, sexual, mental abuse, I fled to my local shelter here in Austin," explained a speaker. "My abuser brought a gun to my home, threatening the lives of my then 8-month-old son and 2-year-old daughter."

This and many other testimonies were aimed to encourage change during this year's presidential election.

RELATED: Talks between women's team, US Soccer break down

Change was encouraged not only through signs and displays, but through voting. Around 100 volunteers walked around the rally, registering people to vote.

"If you don't vote you can not complain – go vote and make a difference, shouted Patton.

The last day to register to vote is Feb. 3.