Kelly received 52% of the vote (7,875) while Flannigan received 48% (7,198), according to unofficial results from the Travis County Clerk's Office. 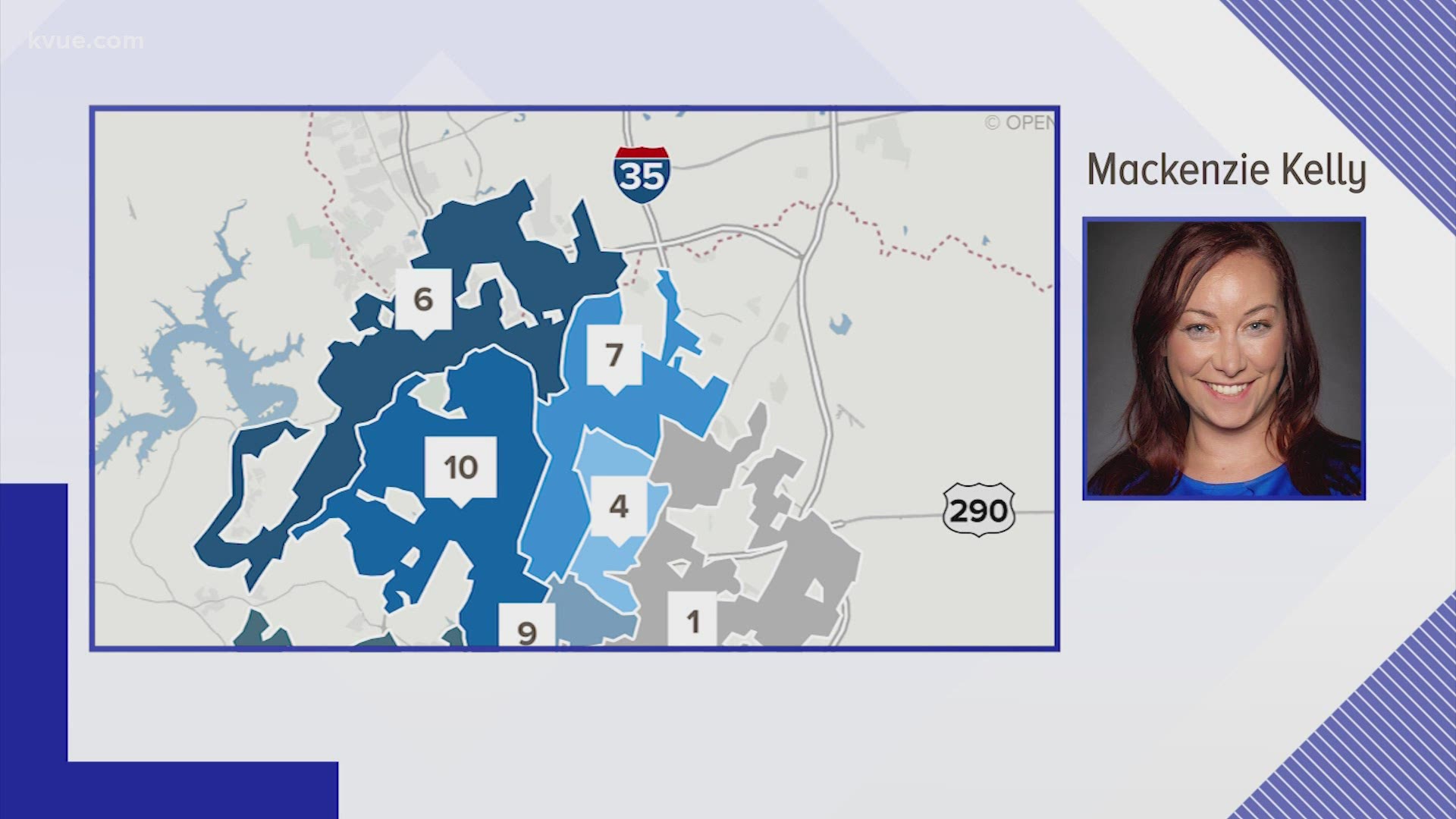 Kelly received 52% of the vote (7,875) while Flannigan received 48% (7,198), according to unofficial results from the Travis County Clerk's Office.

Flannigan addressed his loss during a virtual watch party Tuesday night, saying in part, "I am excited for the rest of my colleagues who I know will continue this work and the future councilmember who I hope does her best to represent this district with honor and brings the amazing and powerful voices I have come to love and appreciate that are in this district."

Kelly, who is also the president of Take Back Austin, will be sworn into the council during the first week of January. Many see Kelly as the lone conservative voice now on the city council. She mainly ran on a platform to lower property taxes, reverse Austin's homeless camping ordinance and commit to public safety, among other things.

The "lone conservative" on the city council

Though the city council is a bipartisan position, Kelly will seemingly be the lone conservative in a city council that is mainly known for having Democratic views.

"However, I do want to make it very clear that despite being a conservative myself, I want to do what's right for the district and that means listening to Independents, Democrats and Republicans across the board who want their voices heard. That's my role as a city councilperson, to make an informed decision based on what the community needs and wants," Kelly told KVUE. "I think we're going to focus on trying to bridge the division in the community first, and I plan on talking to all of the councilmembers and getting to know them for a little bit [and] also trying to find ways that we can compromise."

In an interview with KVUE on Wednesday, Kelly said she believes she can work well together with the rest of the council, adding that some future colleagues like Austin Mayor Steve Adler, City Manager Spencer Cronk and Councilmember Greg Casar called to congratulate her on her victory and discuss the future.

"I think one of the favorite things that we talked about was finding commonalities and working together to do what's right for the city of Austin. And that, that gives me hope for this city that if we can do that, then we're on our way to fixing the city of Austin," Kelly said.

She added that one topic she'll be tackling when she takes her seat is how to handle Austin's homeless population.

"So, currently, I haven't seen any statistical data or research that backs up buying the hotels that are currently being used to give the homeless a place to stay," Kelly said. "I don't see that as a sustainable solution for ending homelessness. I think that we need to attack the systemic reasons that people become homeless over and work to fix the solutions so we can lift people out of that."

She added that she would like to see more private-public partnerships that encourage the individuals experiencing homelessness to acquire job skills or some kind of assistance with any kind of mental illness or addiction issues they may be experiencing so they can be lifted up out of that situation.

It was a long campaign for Kelly leading up to Tuesday night's runoff. It also wasn't her first time running for city council: she finished with 9% of the vote in a 2014 race.

Some controversy surrounded Kelly after a photo made the rounds on social media that included her with Austin Police Department officers posing in photos with protesters who are gesturing the "white power" hand symbol. A KVUE photographer also saw protesters that day wearing shirts that read "Proud Boys."

Kelly addressed that photo in her interview with KVUE Wednesday.

"It was purely by chance that they jumped into it. They don't represent my beliefs or values whatsoever. And I don't condone that type of behavior. I feel that the best way in a community to solve issues where two parties don't agree is to talk it out and to be reasonable," she said. "I would hope that anyone, regardless of what their political leanings, is a Democrat, Independent or Republican, because they feel that they can reach out to my office and get a response and have their needs met. That's what I'm there for. I'm there to represent them. And I am not associated at all with any kind of hate group or racism, and I won't stand for that at all."

You can hear more of Kelly's responses from her KVUE interview in the video below:

David Thomason, an assistant professor of political science at St. Edward's University, said Kelly could bring a different dynamic to the city council as a lone conservative voice.

"She will always be in the minority on most issues. She's going to be in the minority, but I think she'll be a vocal minority on the council," Thomason said. "I think that her position is definitely on the side of advocacy at this point, but I think what it shows is that there are parts of the city that are not comfortable and do not feel good about the current status quo of the city council."

Thomason added that Kelly could be the first of more conservative candidates stepping into city council races in the coming years.

"So, I think we'll see other parts of the city – southwest of Austin, for example, which is kind of a mix of conservative and liberal residents – I think you'll see more, more candidates that will follow suit," Thomason said.

Overall, Thomason believes Kelly being the only conservative voice on the council could hurt her chances of passing ordinances or adding significant change to policy, but he hopes the council will work well together.

"I think that's the hope, is that they can find consensus. And I think they can. I think they'll find the majority of the time that, that the city council will be dealing with issues that are not as divisive as some of these high-profile issues like homelessness and police funding," Thomason said. "I think the majority of the time, the city council, in consultation with the city manager, will make joint sound, solid position decision."

Kelly is the first conservative to take a seat on the council since Ellen Troxclair, who represented District 8 from 2014 to 2018.

"I think it's a very clear signal that the, the city as a whole, but especially her district, is ready to say and to have someone who's going to support public safety and take some steps to improve the homeless issue that we've seen," Troxclair told KVUE Wednesday. "And no matter what level of government, I think it's really important to have some kind of balance. And we don't have balance on the current city council. And with Mackenzie Kelly there, I think there will be a lot of people in Austin who finally feel like their voices will be heard."

Troxclair added that she believes that Kelly has the potential to be more than just a voice for the Austinites that have more conservative values.