The mayor said the City of Austin historically has not invested resources to provide better places for people experiencing homelessness, but now they have to. 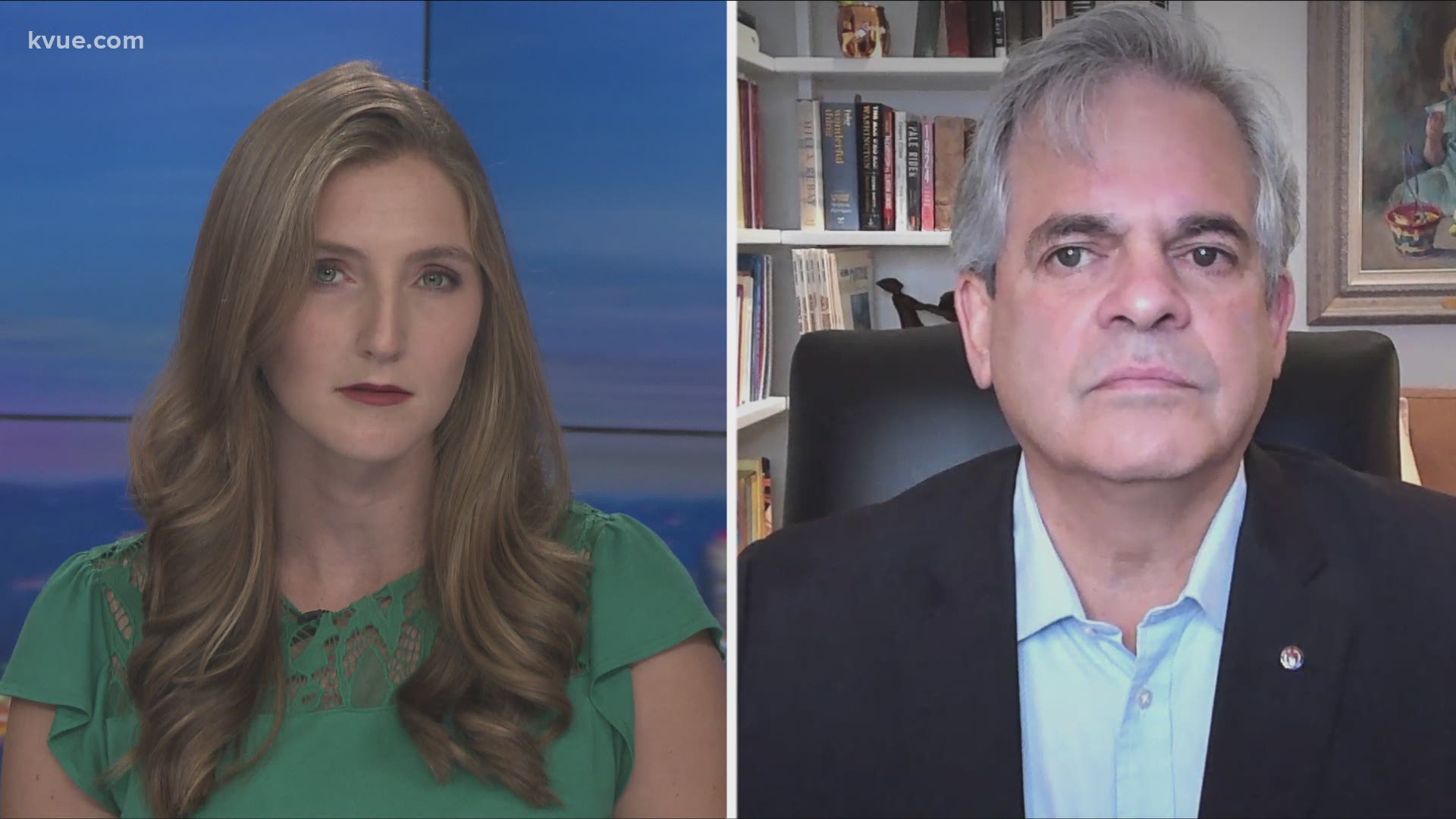 Tori Larned: Let's start with the homelessness crisis first. City council, of course, met yesterday (June 7) to talk about the issue in our city. Many members expressed concerns about using funds from the American Rescue Plan and then putting it towards homeless services. Do you believe this is the right place to put that money?

Mayor Steve Adler: "I think it is because, clearly, the city wants us to do something about the people that are tenting around our community. You know, consistent with the voter direction, the city's moving back to the ordinances that we had two years ago, beginning Sunday. This is the responsibility of the manager, beginning Sunday, written warnings are going to be given to people who are tenting in public places. Many of those people are going to go back to doing what they were doing two years ago. Tenting in public is not good, but, but the hiding really isn't good either. We're in this place because we have never, as a city, actually built the continuum of housing that's necessary to get people out of hiding and out of tents. Now's the time, I think, to do it, because I think that that we can't ignore this challenge anymore. We actually have to do something about it."

Larned: Yeah, like you mentioned, Austin police is beginning those written warnings for people on Sunday – but the City hasn't created an official list of where people can legally camp. You even said in city council that they were "dancing around" the issue. You'll meet again with them today (June 8) to talk about this. What specifically do you hope to accomplish at today's meeting?

Adler: "Well, my hope is that this week – it’s today and also the city council meeting on Thursday when we vote – this will actually put the resources to provide the housing and places for people to go that are, that are, that are better places for people to be. We can’t set, and we don't want to set up, a system of temporary sanctioned campsites all over our city. Other cities have tried to do that, it doesn't work, the numbers just continue to grow and the challenge gets to a scale they really can't do anything about. We really have to get people into housing, get them the mental health treatments that they need, the substance abuse work that they need, so we can sustain people off the streets. And those are the kinds of decisions that we're going to be contemplating this week."

Larned: Yeah, you mentioned that you'll be discussing this today and ... on Thursday. And the City's homeless strategy officer, Dianna Gray, says she wants more guidance by Thursday – of course, only two days away. Do you have confidence that the council will be able to meet this deadline and have a decision?

Adler: "I think we have to. You know, the actual budgeting doesn't come until August, but we've started those conversations about, 'What do we do?' Now, we're going to give written warnings to people here, beginning on Sunday. This is because the voters said, 'Let's go back to where we were two years ago.' Two years ago, people were hiding in the forests and in the streams. I think many people are going to have to return there unless and until we actually invest the resources to provide better places. But historically, that's not what the City's done and it's something that we have to do now."

Larned: Let’s move on to another topic. Because, before the pandemic, a major focus was the land development code for you. That's obviously taking a backseat with the pandemic. But, with all this talk about more people moving here without enough housing, will this become a focus again?

Adler: "I think it has to. You know, we were real close to getting a new land development code that would have helped the City get a lot more housing supply that was stopped by the courts. But, at this point, we need to pick it back up again. And I’ve recommended to my colleagues that we pick it up right after we do the budget, that we come up with those elements of the land development code rewrite that we can do, that we pretty much all agree with. If we can all agree that we're able to do it and not have to worry about the court ruling. There are a lot of things that we agree on.

But we have to get more housing supply in this city. We have to have greater density and appropriate places in our city. We have too many people all competing for the same home. And that's why prices are being bid up. That's why there are so many people that are having to try to cash offers in order to be able to buy homes. We have to do as best we can on land development code – I hope late summer or early fall – so that we can start increasing supply."

When the rains came: A look back at Austin's record-breaking rainfall