Protesters on Friday said it was time for the mayor to go. 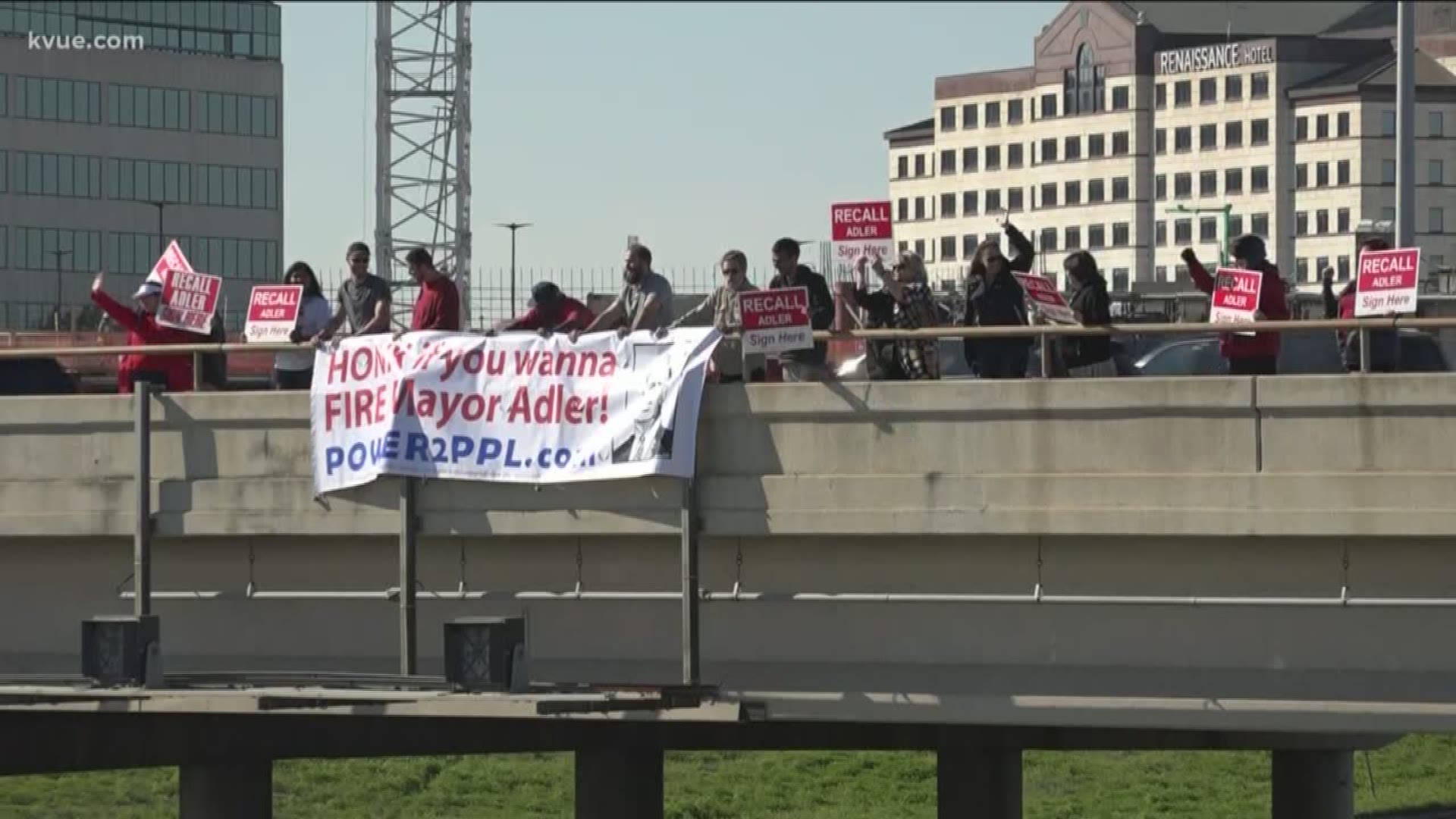 AUSTIN, Texas — The Austin City Council is moving forward with a Land Development Code that some still have big concerns about.

On Thursday night, the City Council approved the second reading of the code with a 7-4 vote.

The code would dictate what could be built and where in the city.

Councilmembers Kathie Tovo, Ann Kitchen, Alison Alter and Leslie Pool said it’s still not clear if the code would do what it’s intended and needed to do.

Kitchen explained one of the big concerns is transition zones, which are the areas between main corridors and the inner parts of neighborhoods.

“We got to get it right. We need to build community consensus and we need to listen to people and plan for what we're trying to achieve,” Kitchen said.

Tovo echoed Kitchen’s concerns, recognizing a lot of the places affected are where people live – not vacant land.

“It has the potential of really transforming some of our existing neighborhoods,” Tovo said. “What I fear is that we will see lots of investors come in and purchase those tracts and start really redeveloping them, and it will put increasing pressures on those residents who live in those places.”

There are plenty of residents still not happy with the council over what they say was a year of bad decisions.

Activists gathered over U.S. 183 in North Austin for the Friday evening commute, holding a banner above the overpass that read, “Honk if you want to fire [Austin Mayor Steve] Adler.”

“Unfortunately, our city leaders have shown very poor choice-making skills, in that the choices that they're making are harming the city. They are doing more bad than good,” organizer Mackenzie Kelly said. “The city can do better, and I think the people that live here know that.”

Concerns include homelessness, the crime rate and the Land Development Code, among others.

“Turning a single-family property into a multifamily property is an issue,” Kelly said. “Changing the entire dynamics of a neighborhood is going to be world-changing for this tiny city that's now growing. I know that we need affordable housing, but allowing properties in a neighborhood to drastically change their layout is not good for the City of Austin.”

The four councilmembers against the current plan expect to put forward a new plan in the next few weeks, before the third and final vote on the Land Development Code.

“I don't support recall elections,” Tovo said. “But I understand people's frustrations and I'm going to continue to try to work with my colleagues and help them understand what I think is the overwhelming message that we're hearing from the community, which is they are not supportive of this plan.”