One of the main focuses has been on density, including allowing up to 10 units on an individual lot. 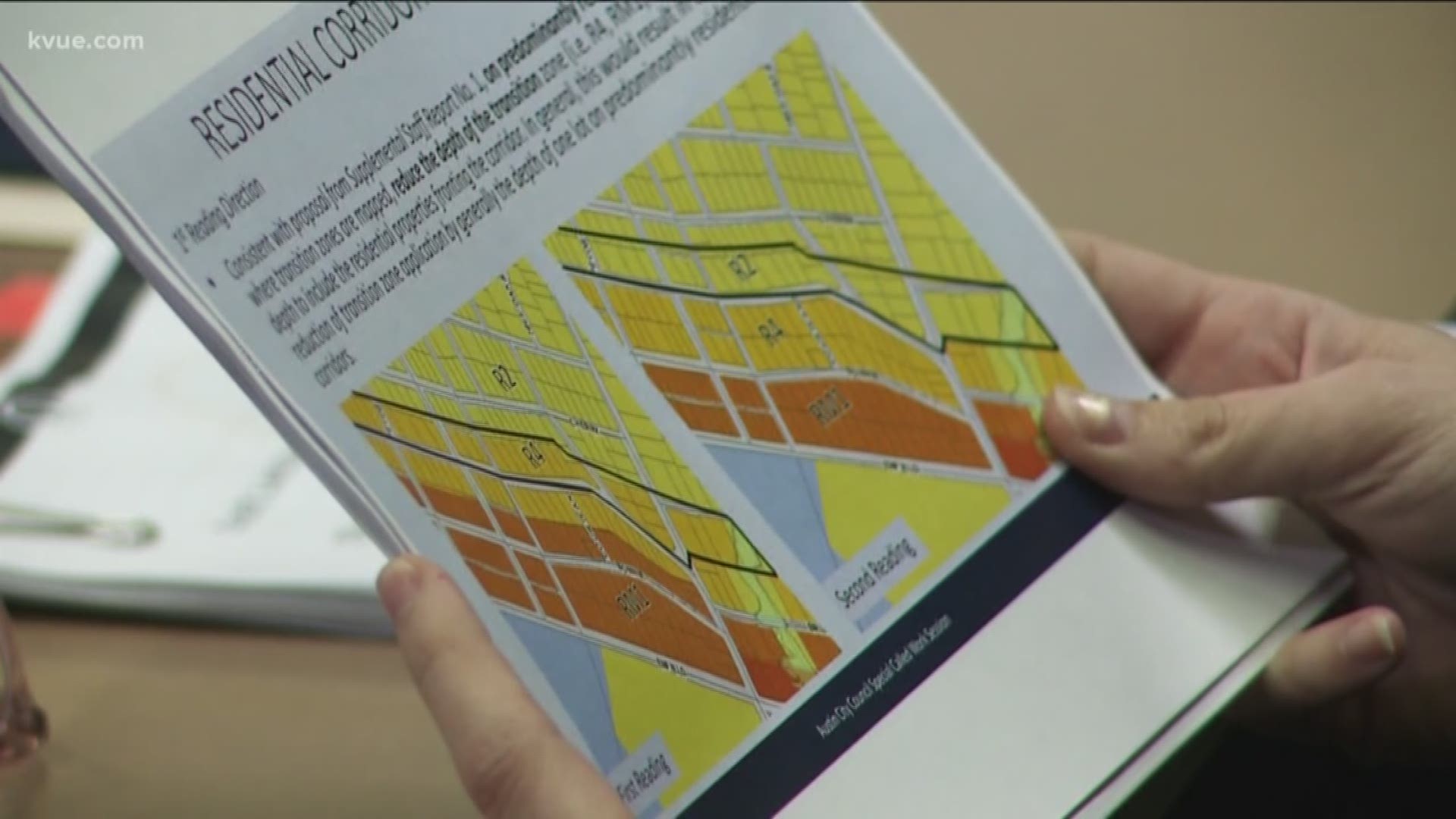 AUSTIN, Texas — Austin city leaders have been working for months on the new Land Development Code, putting together how Austin will grow in the future.

On Tuesday they had a work session talking about the second version of the plan.

The Land Development Code determines what can be built in the city and where it can happen.

One of the main focuses has been on density, including allowing up to 10 units on an individual lot.

"We also just want to highlight some of the ones we think are the most important to the council," said one staffer to the council.

It's something the City hasn't done in decades.

Councilmember Kathie Tovo said it's important for people to understand this plan since it will impact everyone.

"The Land Development Code and the map will control what our city looks like in the future," said Tovo.

One of the biggest goals of the new Land Development Code is to make sure it doesn't get too expensive for people to live here. To do that, planners are looking at increasing housing density to allow duplexes, triplexes and small apartment complexes along busier corridors city-wide.

They have been off-limits for now in areas the City calls "transitional zones."

"We still wanted to have a lot of that 'missing middle' capacity, and so moving that missing middle capacity around the centers makes good sense to me," said Councilmember Greg Casar.

But some like Tovo feel it's not working as proposed.

"This idea of a 'transition zone' has really resulted in some rezoning in the middles of people's neighborhoods," she said.

She hopes that can change over the next two readings.

Although this plan is far from final, the City will take public comment on this version next week.