A vote on the resolution is set for Thursday. 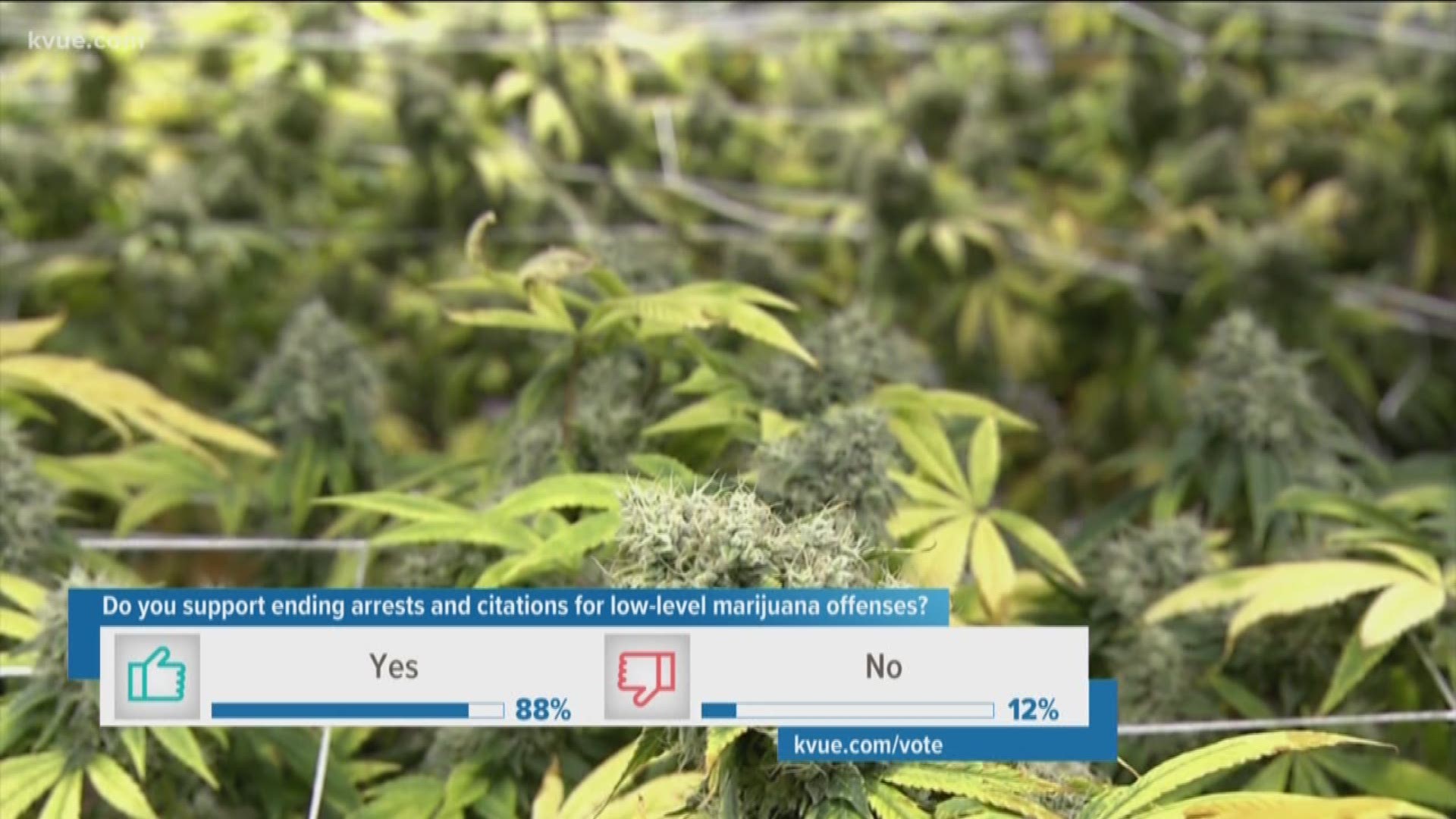 AUSTIN, Texas — The City of Austin is considering ending arrests and fines for people caught with small amounts of marijuana.

The proposal goes before the entire council for a vote on Thursday, Jan. 23.

Casar said it is time for Austin to take the lead on criminal justice reform and marijuana policy reform, and for our city to better prioritize resources.

"People have lost their jobs," he said. "They can lose their student financial aid. Families can even be separated by deportation when we overly enforce low-level offenses."

Casar is the main sponsor of the resolution that would stop the arrests and fines for so-called low-level pot possession, or misdemeanor, two grams or less marijuana cases.

This resolution is a direct result of lawmakers legalizing hemp last year. The problem according to Garza is from state lawmakers who passed House Bill 1325.

"Their haphazard approach has left local governments with a bill for new and expensive testing that isn't widely available," she said.

Right now, there's no way for cities to distinguish between hemp and marijuana without expensive lab equipment. As a result, prosecutors across the state have stopped taking these cases to court.

That has prompted law enforcement agencies like the Travis County Sheriff's Office and Round Rock Police Department to stop arresting for low-level marijuana crimes. But Austin police have continued.

Chief Brian Manley told KVUE in August it's not in the city's best interest to quit arresting or citing people for misdemeanor amounts of pot. He said doing so would allow the demand for pot to increase and that would lead to other criminal activity as well.

"If we take a stance where we do not enforce, then I believe we are not keeping our city as safe as we can because, again, the supply and demand goes – we can expect more home invasion-type robberies for people trying to steal each others' drug stash or the money of other associated violence that comes with the the drug trade," he said.

There's also a two-year statute of limitation on old cases.

Casar said this resolution will make sure police don't get the money to pay for the testing that would determine whether a plant is hemp or marijuana.

Madison and Chas Moore with the Austin Justice Coalition were also on hand on Tuesday. They said this resolution would advance racial equity because the majority of arrests for low-level marijuana are people of color.

First US case of China coronavirus confirmed in Washington State